Elizabeth White created distinctive pottery using the various colors of Hopi clay. She originated the use of the ear of corn as a design in repousse (pushed out from the inside) on her pottery. Her pottery is all signed in the clay with her Hopi name Polingaysi, which means, “butterfly sitting among the flowers in the breeze”.  This jar is one of her classic narrow jars with two ears of corn.  The coloration of the clay is the traditional red clay (well, reddish-orange), which is used in Hopi pottery.  The coloration is striking on this larger jar.   The entire piece is stone polished to a high shine except for the two ears of corn which are unpolished matte.  The narrow shape is very much like the jars that her nephew Al Qoyawayma makes which he calls “wish pots”.  He tells the story that the name comes from Elizabeth as she said people would look at the pieces and say, “I wish I could have one”.  This jar is in excellent condition with no chips, cracks, restoration or repair.  Interestingly, Polingaysi was a school teacher and taught at Hopi and  Navajo schools for almost 40 years.  On retirement from teaching, she became an artist, a poet, and a philosopher.  Her career as a potter was begun late in life, after her retirement, so there is very little of her work available.  This jar was originally purchased in 1981.  It is a classic of her work and an important addition to any collection! 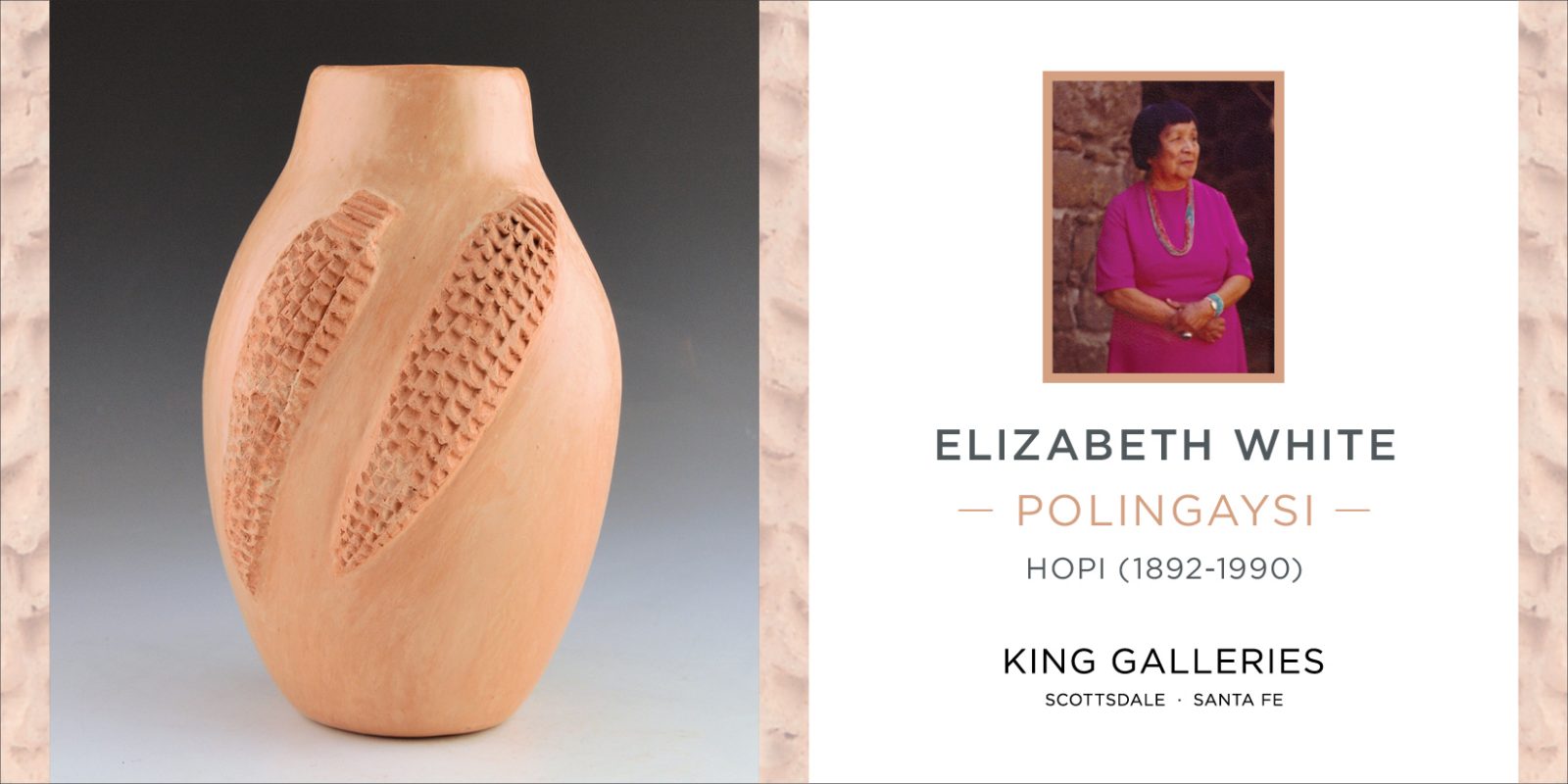