This is a classic jar by Lorraine Williams.  It is a long neck and a low shoulder with a sharp edge.  The neck of the jar is square at the rim.  The jar is designed along the neck but plain polished below the shoulder.  The surface of the piece is incised with star designs that extend downwards in vertical bands.  They alternate with red, black, and naturally colored sections.  The background area is the natural color of the clay after the firing.  It is a striking design that perfectly fits the size and shape of the jar.  The jar has been traditionally fired to create the surface coloration.   After the piece is fired it is covered in pine pitch, which is typical of all traditional Navajo pottery harkening back to when it was utilitarian.  The jar is signed on the bottom in the clay, “LW”.  Lorraine has won numerous awards for her pottery and been featured in books such as “A Legacy of Generations”. 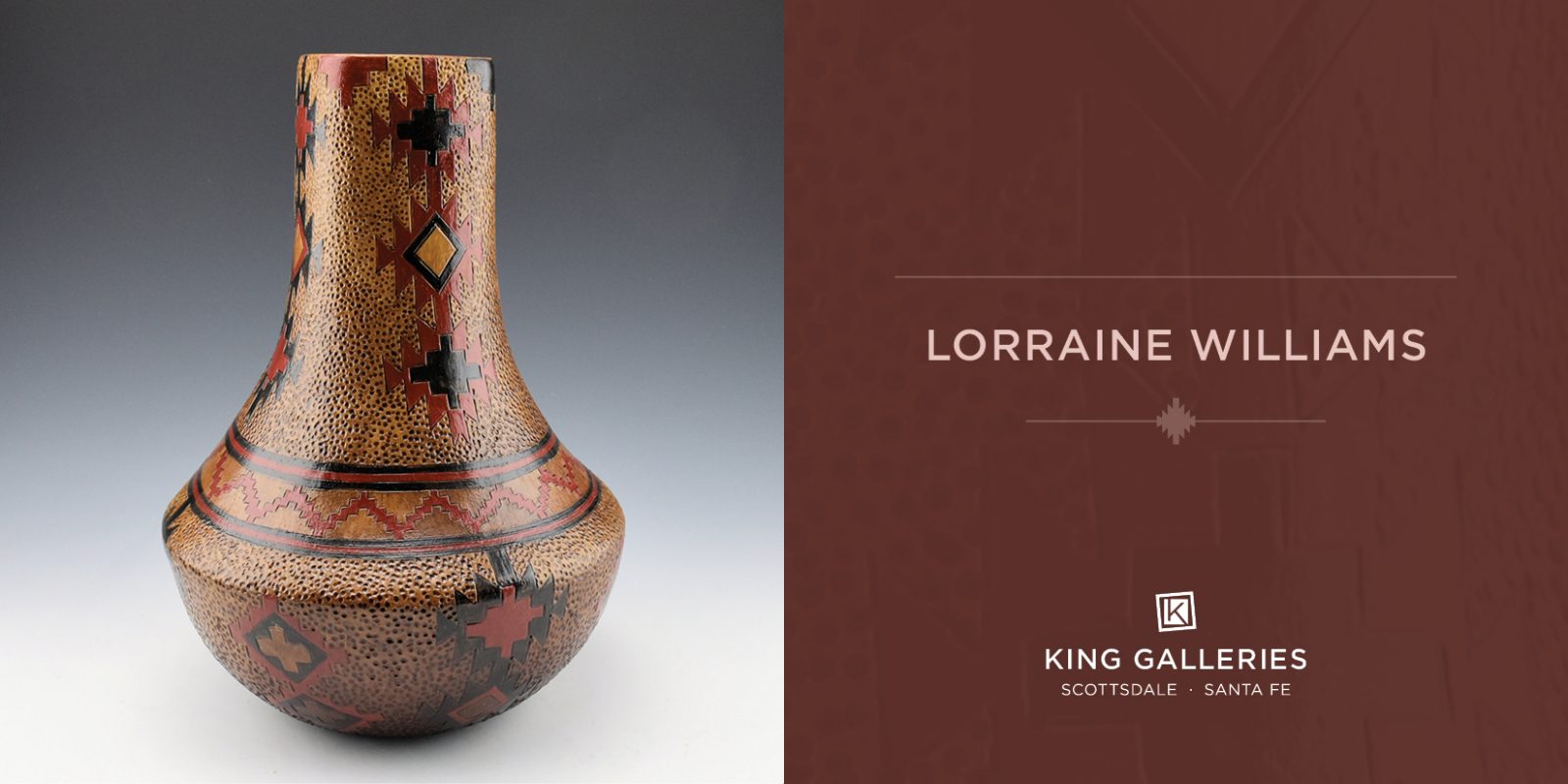 Lorraine Williams is one of the great innovators among Navajo potters. Lorraine married George Williams in 1977. George is the son of Rose Williams, one of the best-known Navajo potters. Lorraine was adept at making beads and sand paintings, and she was a weaver. "But when I married George, I saw pottery with new eyes." Her new eyes led to Lorraine's beginning with clay about 1980. Ultimately, Lorraine would make the largest pots produced at Navajo today.  She has created her own unique pottery style incised with traditional rug and Navajo designs, then painted and native fired. After the piece is fired, it is covered in pine pitch, typical of all traditional Navajo pottery harkening back to when it was utilitarian. Lorraine has won numerous awards for her pottery and has been featured in books such as "A Legacy of Generations."