This is an exceptional lidded piece by Christopher Youngblood.  He is creating intricately carved vessels that reflect a perfect balance of matte and polished surfaces with intricately carved designs.  The bowl is a shape that is made to allow for strong graphic designs.  It is carved on one side with a stylized dragonfly made up of numerous carved sections.  There is another dragonfly on the side of the lid!  As the bowl is turned there are three roses.  He has creatively carved the petals of each flower with rounded sections.  There are additional petal designs on the lid above this area as well.  The is an exceptional texture to the piece as each polished area has a rounded surface.  The background area surrounding the polished sections is matte and smooth.  The matte is always difficult to keep smooth so that any imperfection doesn’t cast a shadow!  The bowl was traditionally fired red, which is always more difficult than creating the black pieces.  Chris says that he focuses on each piece, taking the time to work on the shape and stone polish the surface to a high shine, often polishing a piece several times to get it right. He has won numerous awards for his pottery, including the 2104 “Best of Pottery” at Santa Fe Indian Market and “Best of Pottery” at Gallup Ceremonials in 2021.  It is signed on the bottom in the clay, “Chris Youngblood”. 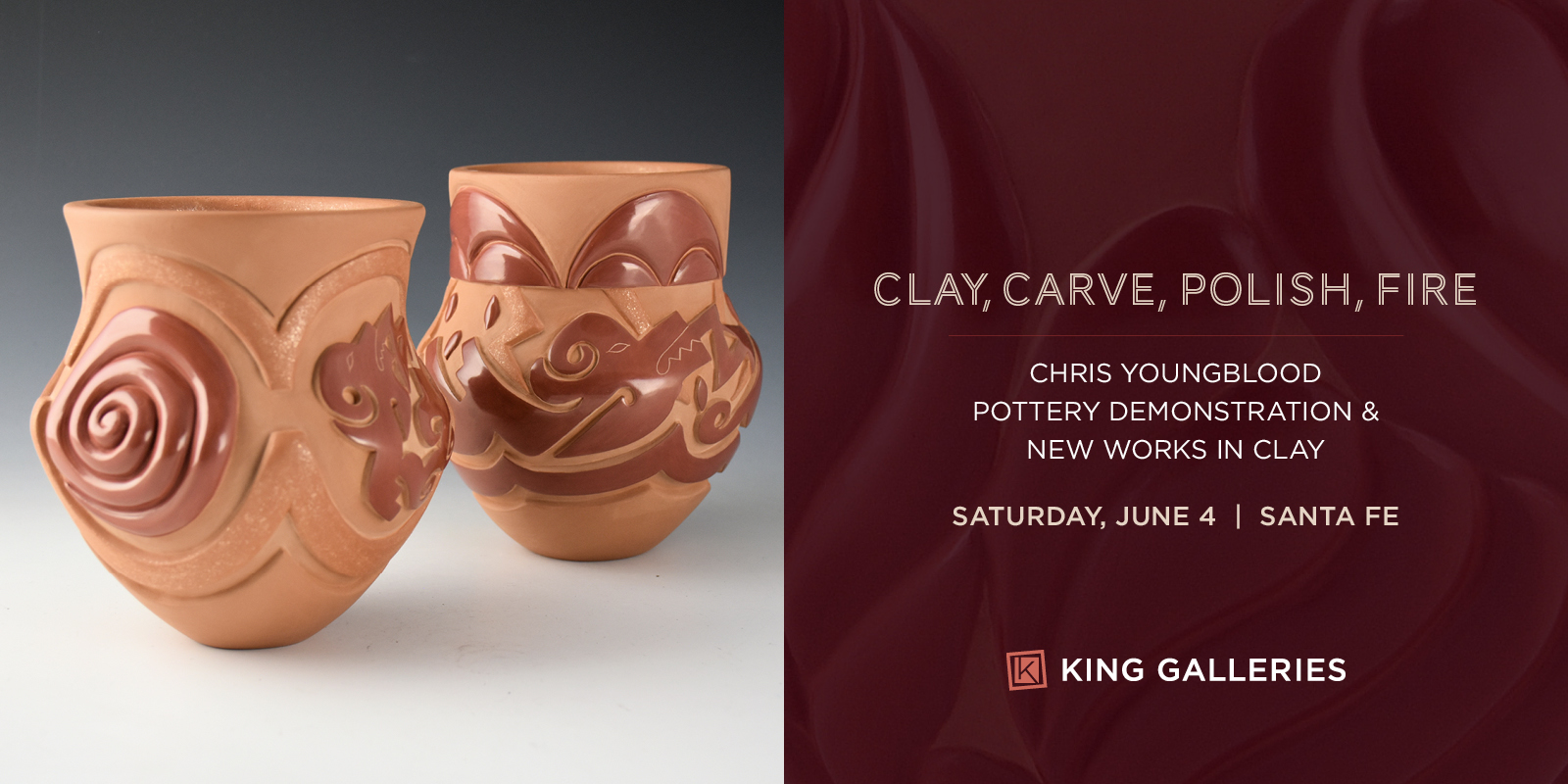 Chris Youngblood is a great-grandson of Margaret Tafoya and a son of Nancy Youngblood.  His mother, Nancy, taught him to make pottery. He has won the “Best of Class – Youth Award” at Santa Fe Indian Market and the prestigious “Best of Pottery” in 2014.  In the 2010 Native People’s Magazine, he was featured as one of the “Generation Next Emerging Potters” and recently featured in Native Art Magazine in 2016 as one of the “Three Potters Under 30” to watch.  His “Best of Pottery” jar was featured in the book “Spoken Through Clay.”

Chris Youngblood says that he focuses on each piece, taking the time to work on the shape and stone polish the surface to a high shine, often polishing it several times to get it right. Chris comes to the clay focused on expanding the technical and artistic boundaries of his illustrious family.  His manipulation of the clay surface through his technically inspired imagery expands the art in new directions.