Mela Youngblood began making pottery in the late 1960’s and quickly achieved a distinctive style for her work.  Each piece of her work very highly polished and when carved the edges are distinctly rounded.  This bowl is a very classic style of Kiva Bowl.  This bowl is fully polished on the inside and outside. The bowl has the “kiva” three-step form on the sides.  The holes in the kiva step areas were traditionally included so that eagle feathers could be placed in them.  Along the outside edge, it is painted with a band of clay for a black-on-black appearance.  Mela made very few of these during her career. The bowl is in very good condition with no chips, cracks, restoration or repair.  The highly stone polished surface is striking!  It is signed on the bottom in the clay, “Mela Youngblood”. 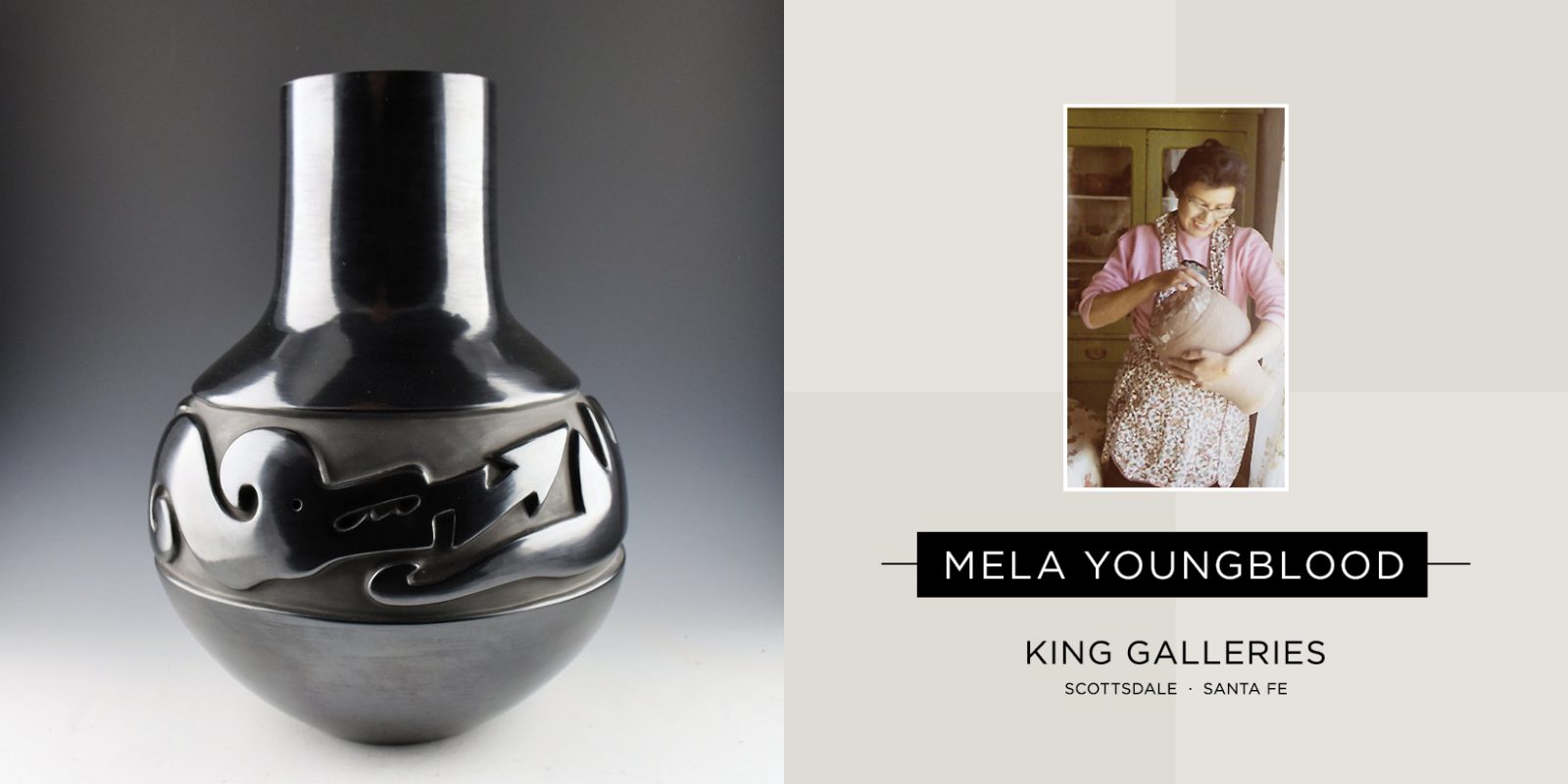