This is a striking jar by Richard Zane Smith. It is coil built and the ribbon pattern is incised into the clay.  The design is then highlighted with various clay slips. The shape of the jar has a high shoulder and the rim is polished and slightly turned out.  The ribbon pattern works perfectly on this shape as it expands and contracts to create a distinctive sense of movement.  Richard has created this distinctive style of pottery through a revival of the ancient concept of corrugated pottery.  The earliest corrugated pieces were often baskets which had clay applied to them and then fired, creating a “corrugated” appearance.  Richard has created his own style, using small coils which are left exposed.  This jar is from 1992 and it is in excellent condition with no chips, cracks, restoration or repair.  It is signed on the bottom. 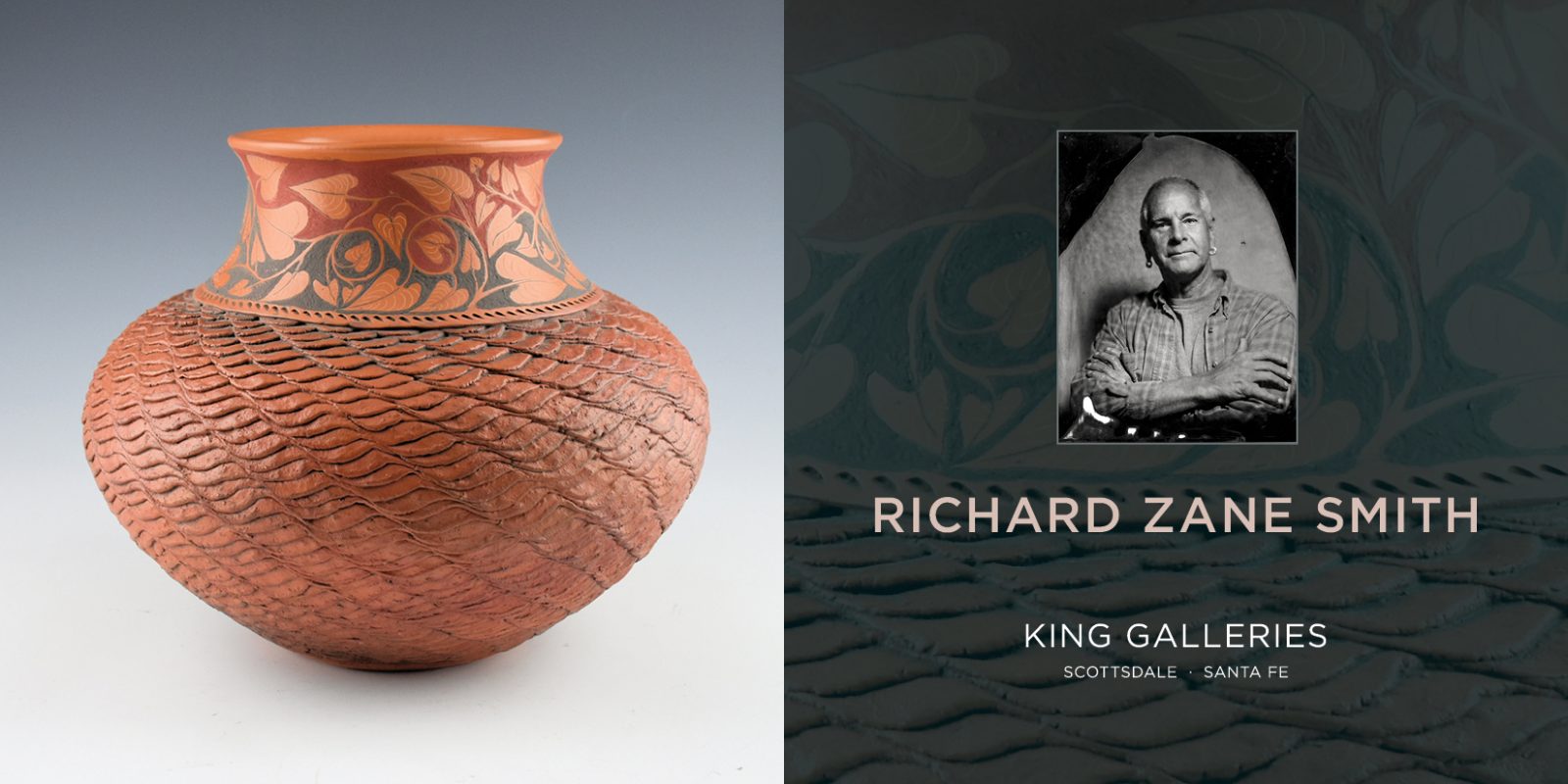 Richard Zane Smith was born in Georgia and grew up in St. Louis, Missouri; he has a degree from the Kansas City Art Institute, where he studied ceramics. As a young man, he taught at a Navajo mission school, where he was exposed to native clay and Ancient Pueblo pottery.  These remnants and their coiled construction, as well as his Wyandot heritage, are what continue to inspire his work to this day. Richard Zane Smith's works can be found in museums nationwide and featured in numerous exhibits, including the Heard Museum's exhibit, "Breaking the Surface," the Philbrook Museum in Tulsa, Oklahoma, the San Diego Museum of Man, and the Denver Art Museum.   Richard's work has been featured in numerous books and magazine articles, including "The Art of Clay." His corrugated basket style designs are similar to pre-historic corrugated pottery, but using delicate lines, coils, and colors in each layer, makes his pottery resemble Wyandot basketry.  He continues to work on breathing life into recreating his interpretations and presents each work with a naturalistic style, shape, and design story.