Rosalie Simbola Aguilar was originally from Picuris Pueblo and married Joe Aguilar in 1922. Joe Aguilar (1898-1965) was the son of noted potter Susana Aguilar. Together they had 11 children. She learned to make pottery from her mother-in-law Susana and Joe painted most of their pieces of pottery. In the 1930's Rosalie was among the first to make carved pottery, along with Rose Gonzales (1909-1989). 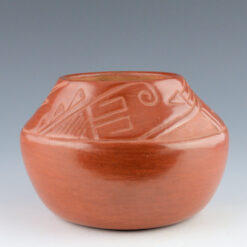 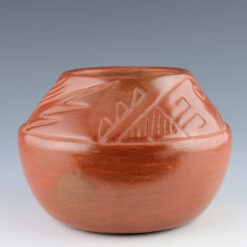 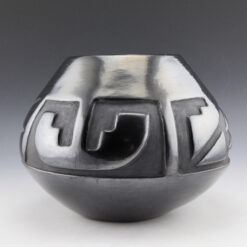 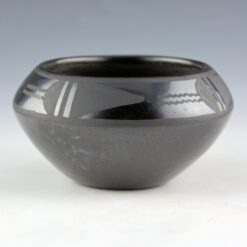 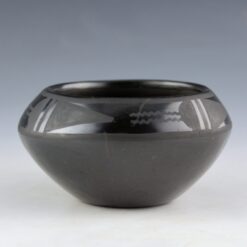