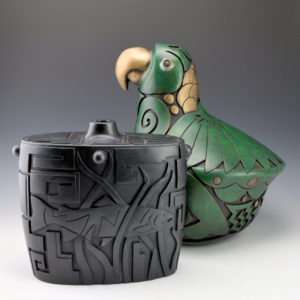 Bronze Sculpture has been part of Pueblo Pottery innovation created by clay artists, such as Tony Da, Joseph Lonewolf, Tammy Garica, Autumn Borts-Medlock.   We often see various shapes reflecting their original art forms of Clay Pottery.  Bronze sculpture is a natural alternative for a pottery artist as they are accomplished in the art of clay form.

The world history of bronze is steeped in the practices of several ancient civilizations including Mesopotamia, Egypt, China, India, Greece, and Rome. China’s Shang Dynasty is known for using the lost-wax casting technique and section molding to create larger statues. In these ancient Asian cultures, bronze was often used to produce small votive statues and ritual vessels, but the ancient Greeks were the first to produce full-sized figures. Western bronze statuary practices receded during medieval times, when most architecture and sculptures were made using stone and wood. The Renaissance sparked an interest in the practice and saw a rise in the technology used to make replicas of works. The Industrial Revolution further advanced these tools, allowing artists to create bronze sculpture in easy-to-produce editions.
The most common method for making bronze sculptures is through the lost-wax casting process. Artists start by crafting a model of their sculpture in clay and mold wax on top of it. They add another clay layer before heating. When the wax melts away, they can add molten bronze in between the layers of clay. Once the art cools, the sculptor chisels away the top clay layer and scrapes the initial clay model away from the inside. To produce large bronze sculptures, artists cast the work in pieces before welding it all together. Finishing touches are applied to bronze sculptures after they are polished. Corrosive materials and other metals may be added to the surface to form a patina, while some artists opt for gilding the work.

One of the earliest bronze sculpture is believed to be “The Dancing Girl of Mohenjo-Daro,” a piece dating back to 2500 BC. Greek artists including Phidias, Myron, and Polykleitos are credited with producing figurative bronze sculptures, many of which are now lost. Recognized bronze works from the Renaissance include Lorenzo Ghiberti’s “Gates of Paradise” on the door of the Florence Baptistry and Donatello’s infamous “David” (1440). Auguste Rodin is known for bringing an Impressionist touch to the medium, crafting works like “The Thinker” (1902) and “The Three Shades” (1886). Many copies of his works now reside as bronze garden sculptures. Constantin Brancusi is known for his highly polished bronze editions like “Bird in Space” (1928) and “Sleeping Muse” (1910). Other artists who worked with bronze sculpture include Edgar Degas, Umberto Boccioni, Henry Moore, Alberto Giacometti, Henri Matisse, Jasper Johns, Rowan Gillespie, and Jacob Epstein. 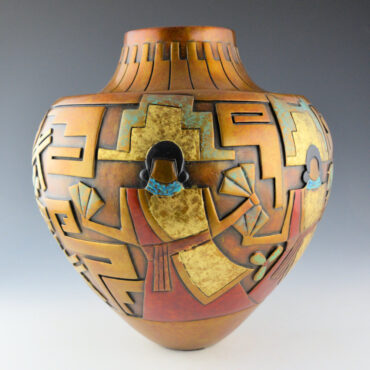 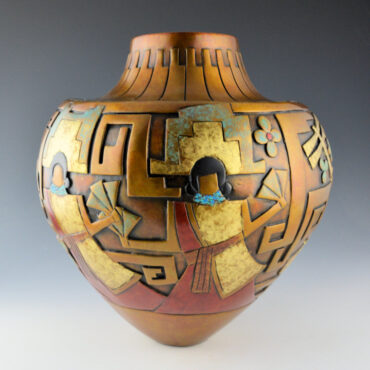 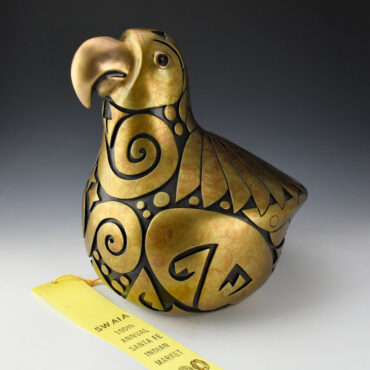 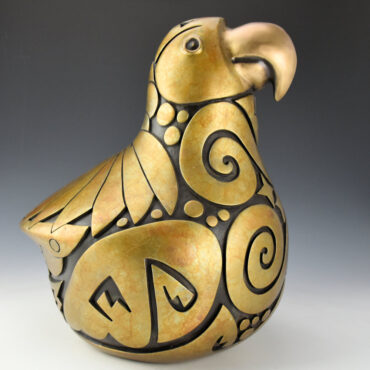 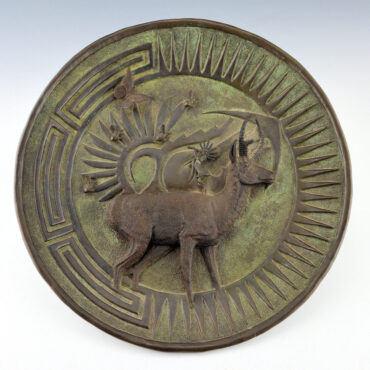 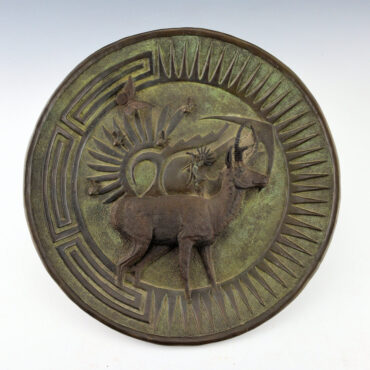 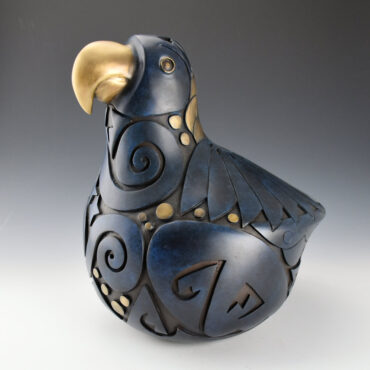