Santo Domingo Pottery and the Santo Domingo Pueblo, is one of the best-known tribes of the southwest Indians, largely because of their skill in marketing their pottery, jewelry, and other crafts. The Pueblo is fifth in population of the nineteen New Mexico Pueblos and is generally considered the most conservative in terms of customs and culture.

Life in the Pueblo has altered in the past several hundred years as Santo Domingo people have closely guarded their ceremonies, placing great emphasis on their ancient religious structures and societies, the center of the social structure.

While adhering strictly to tribal authority, much of the Pueblo productivity is devoted to the making of jewelry. They travel all over the country displaying and selling the silver and turquoise necklaces, rings and bracelets which have made them famous They also make fine heishi of turquoise and other stones and silver.

As would be expected the pottery of Santo Domingo is strictly traditional, reproducing with care, the ancient forms, and decorations. 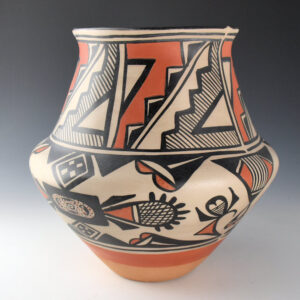 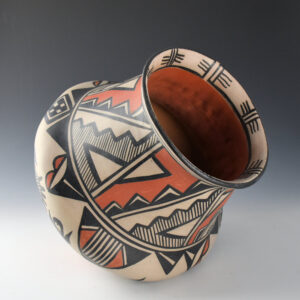 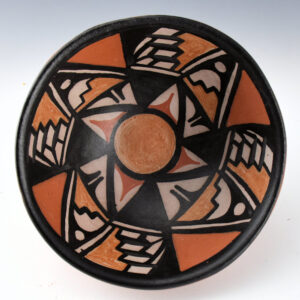 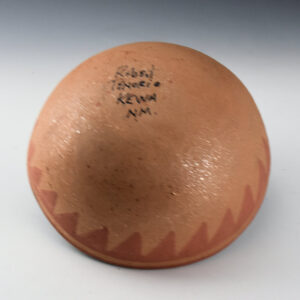 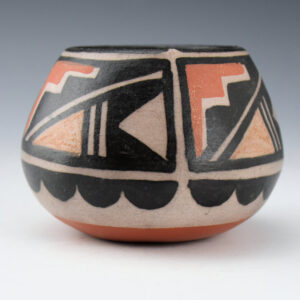 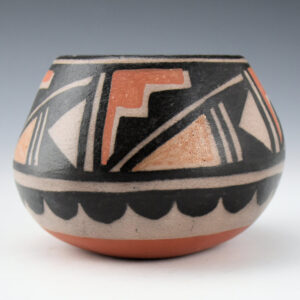 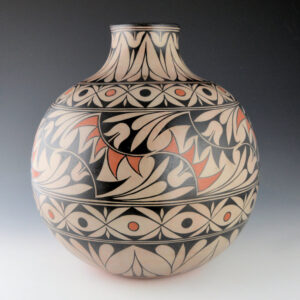 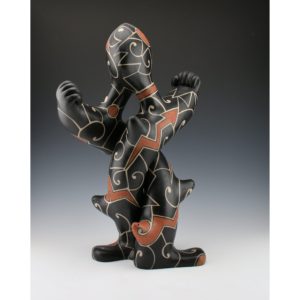 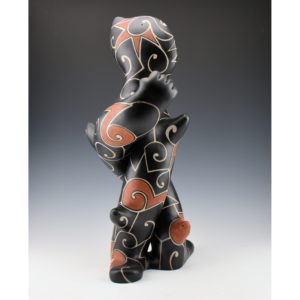 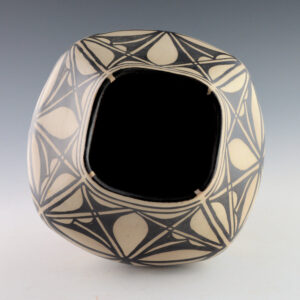