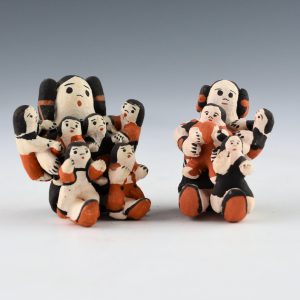 Mary Frances Herrera (1935-1991) was a daughter of Laurencita Herrera and a sister of Seferina Ortiz. She was also the mother of noted potters Dorothy Herrera, Ramona Herrera, and Edwin Herrera. She was known for her Cochiti storytellers which she made from 1978-1991 as well as her traditional pottery. 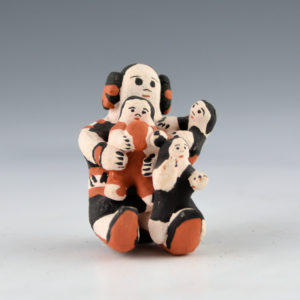 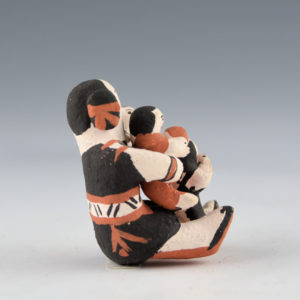 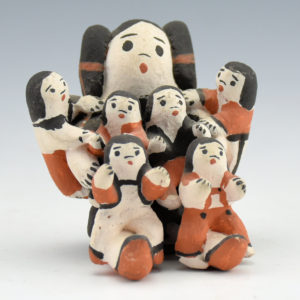 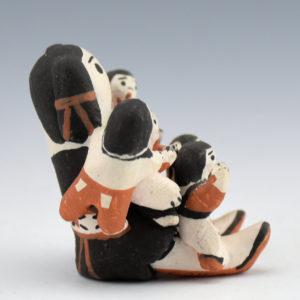