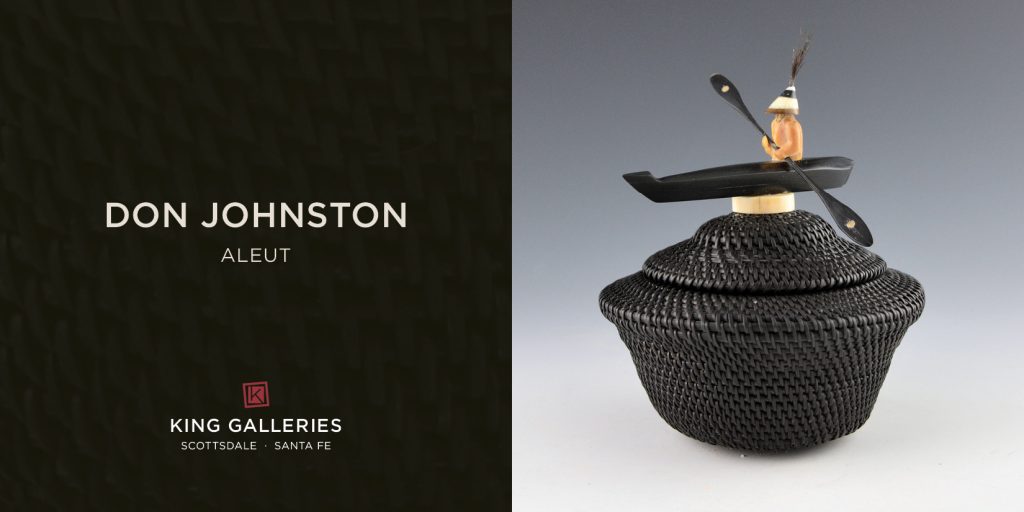 Don Johnston was born in Ketchikan, Alaska, and moved to Anchorage when he was 20. He apprenticed with James Omnik Sr., a well-known baleen basket weaver. In the years since those first important lessons, Don has continued to improve and innovate his unique weaving style.

Don’s natural gifts for both carving walrus ivory and working with the challenging threads of baleen from traditionally harvested Bowhead whales have drawn the attention of collectors worldwide.

Baleen plates have hair-like structures that filter out tiny floating organisms and fish and are found in the mouth of these plankton-eating whales. Baleen was originally used for indigenous objects like water cups, buckets, and sleds. The Bowhead whale has been subsistence hunted by Alaska Coastal Natives, including the Yup'ik and Inupiat for over 1,000 years, and no part of the whale is ever wasted. A butchered Bowhead whale can yield thousands of pounds of food. The community shares of meat and blubber are apportioned equitably to ensure that everyone benefits from a successful hunt.

Don is one of a handful of baleen basket weavers, and his works have won numerous awards, including Grand Champion and Judge’s Choice at the Alaska State Fair, Best in Basketry at Los Angeles Autry Museum Show, Best in Show at the 2017 Heard Museum Show, Best in Category - Weaving at the 2018 Santa Fe Indian Market, and Best in Category, 2019 Heard Museum Show. A basket resides in the permanent collection of the Denver Art Museum. 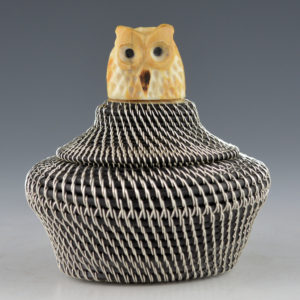 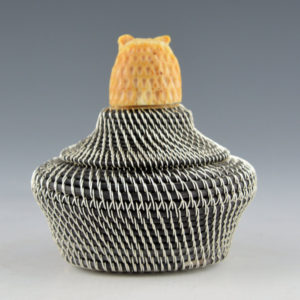 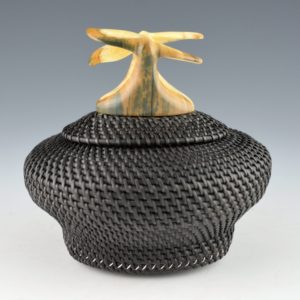 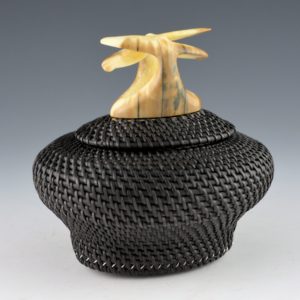