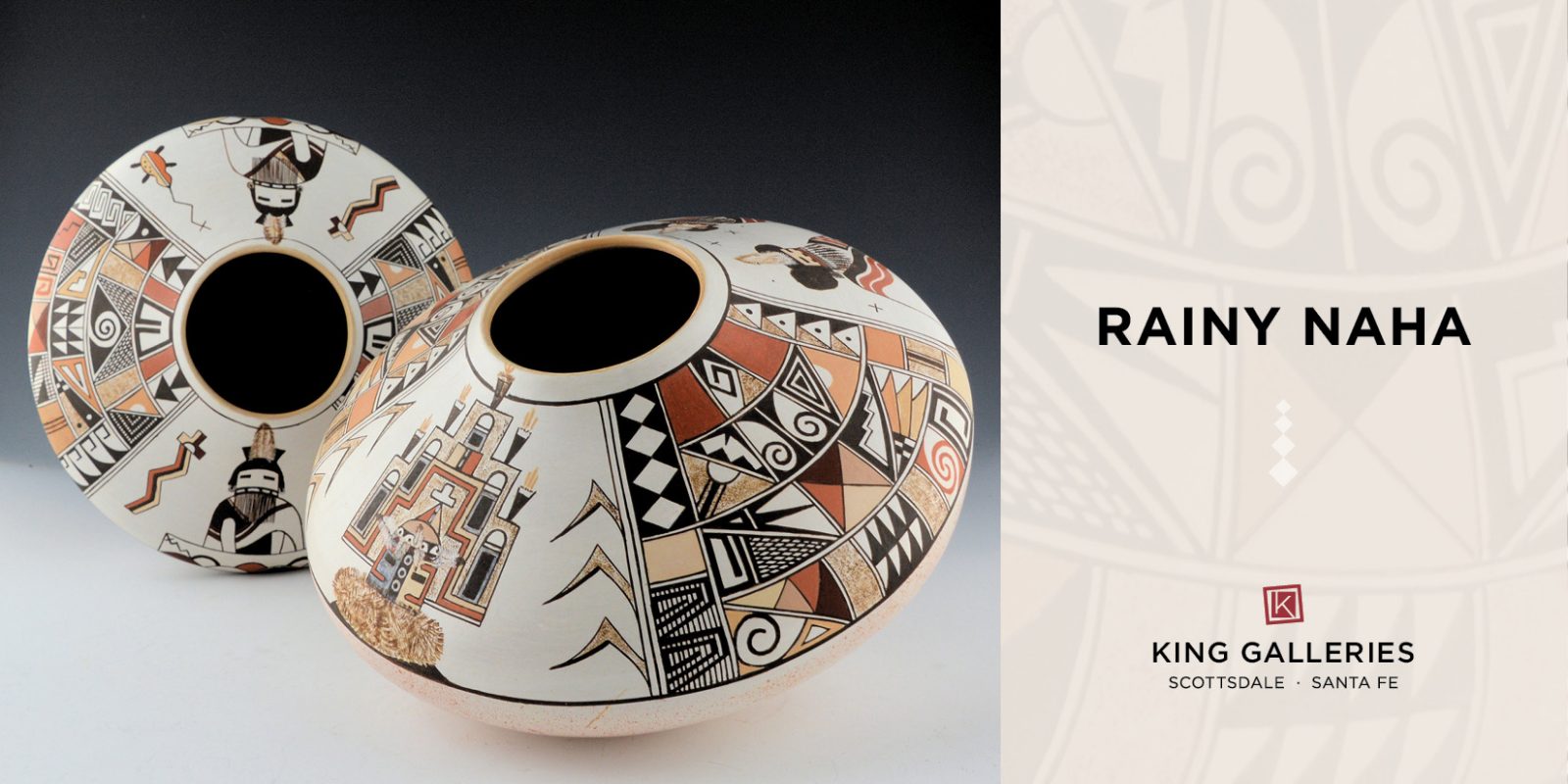 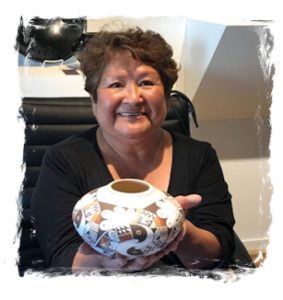 Rainy Naha learned to make pottery from her mother, Helen "Featherwoman" Naha, and Rainy is the grand-daughter of Hopi-Tewa pottery matriarch, Paqua Naha, the first "Frogwoman." The traditional designs of her pottery go back to the early works made by Paqua.  Her sister Sylvia and brother Burel Naha are also well-known potters, and they use much the same styles and colors as Rainy. Each piece of Rainy's work is made in the traditional hand-coiled method, then shaped, sanded, and polished before painting with bee-weed (black) and native clay slips and native fired. Rainy continues to innovate and also creates her voice among Hopi-Tewa potters. She has won numerous awards, including "Best of Pottery" at Santa Fe Indian Market in 2007.  She signs her pottery with the traditional feather hallmark used by her mom and then adds her first name.  We are pleased to carry Rainy in our Gallery both in Scottsdale an Santa Fe. 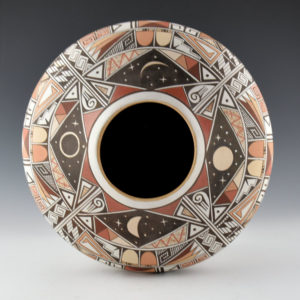 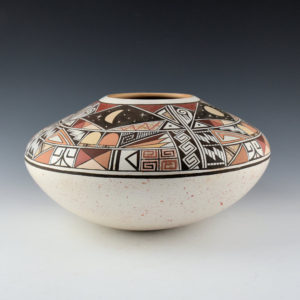 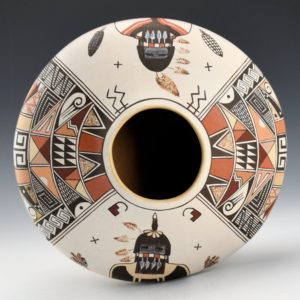 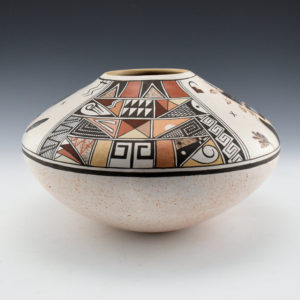