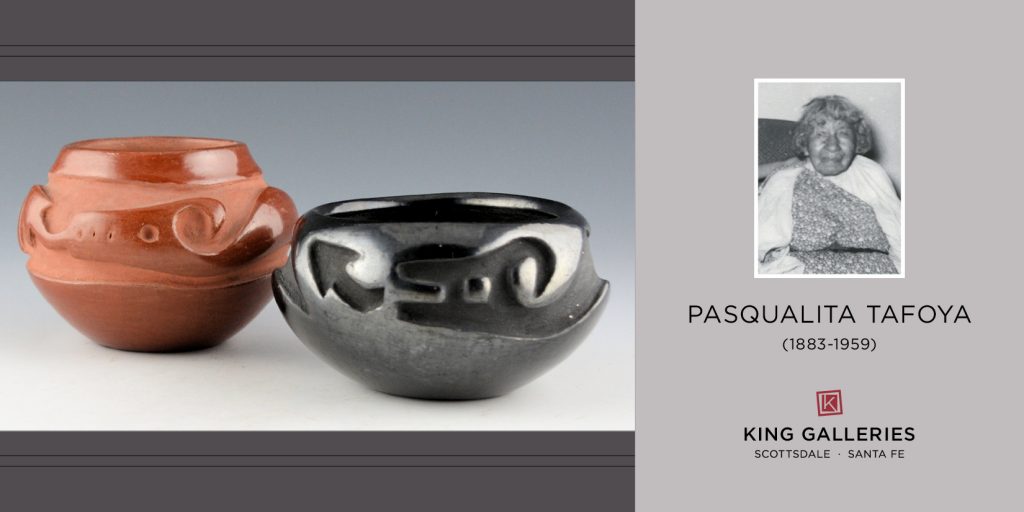 Pasquelita Tafoya was the only sister of potter Sara Fina Tafoya and the matriarch of an entire family of potters! Her children include Juan Gutierrez who married Petra Gutierrez, the mother of Gloria Garcia, Lois Gutierrez and Minnie Vigil and grandmother of Jason Garcia. One of her daughters was Celestina Naranjo, and another was Tomasita Tafoya, the mother of Cresencia Tafoya and grandmother of Annie Baca, Harriet Tafoya, and Pauline Martinez. Depending on the time period, her work was signed "Pasquelita Tafoya, Santa Clara Pueblo", "Pasqualita" or "Pascualita". 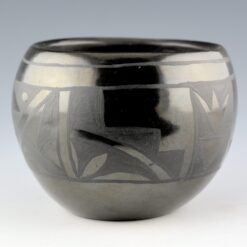 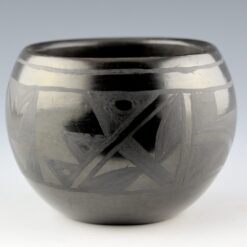