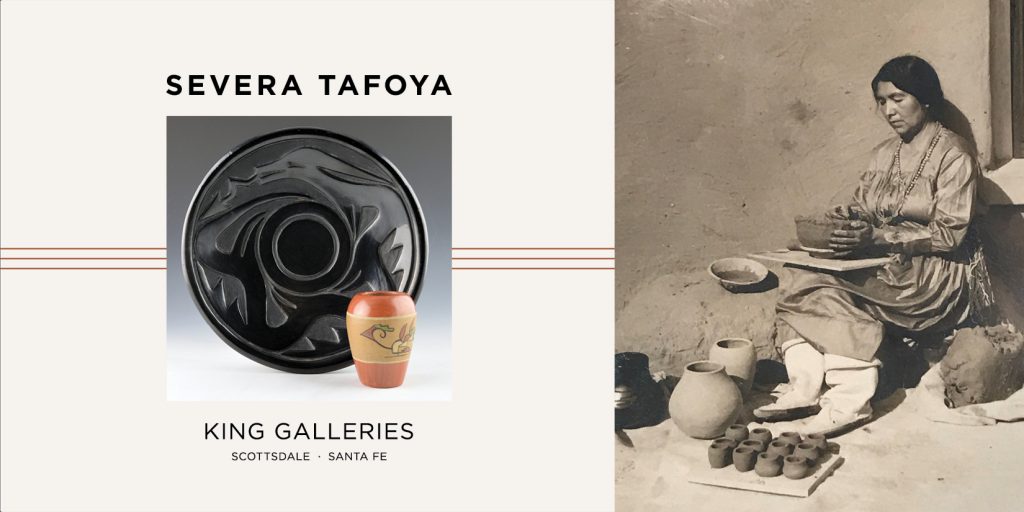 Severa Tafoya (1890-1973) was the matriarch of a family of renowned potters. Her brother was Van Gutierrez and her children included Angela Baca, Tonita Tafoya, and Lydia Tafoya. Other direct descendants include Paul Speckled Rock, Ray Tafoya, Tina Garcia, Greg Garcia, Robert Cleto Nichols, Jennifer Moquino, and Jason Garcia. She was known for her polychrome and carved pottery along with her more traditional shapes and designs. Severa won numerous awards for her pottery and it is nice to see her working gaining in recognition as her descendants continue to become the new generation of innovators at Santa Clara.