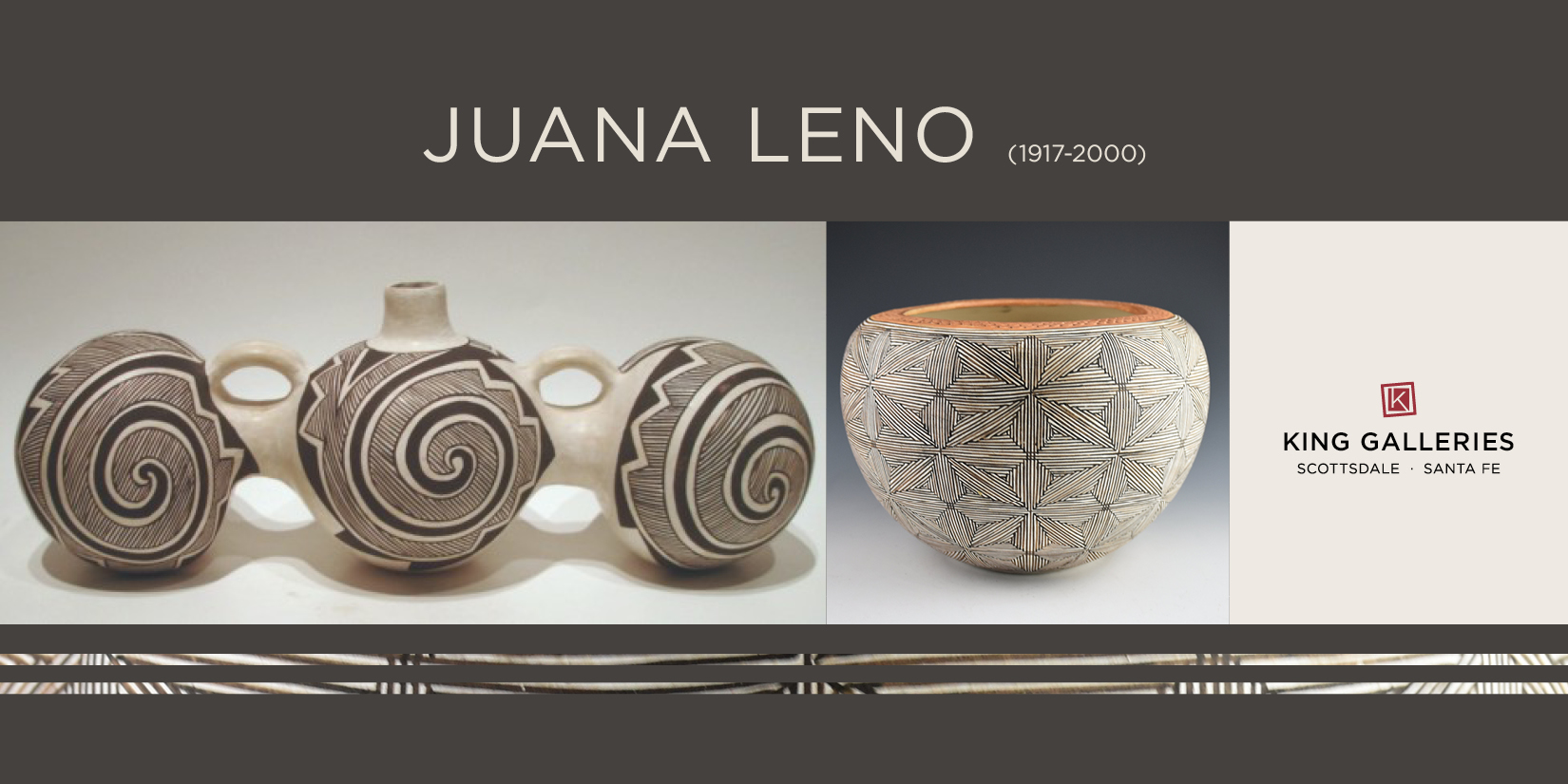 Juana Leno is one of the four matriarchs of contemporary Acoma pottery (including Marie Z. Chino, Lucy Lewis, and Jessie Garcia). She was a daughter of Lupita and Jose Vallo. She was the mother of Rose Leno Chavez, Mary J. Leno, and Regina Leno-Shutiva. She learned to make pottery from her grandmother Eulilia Vallo. She was known for her revival of black and white Tularosa and Anasazi designs. She was also known by her Acoma name, “Syo-ee-mee (Turquoise). Over the years she won numerous awards for her work and has work in museum collections nationwide. 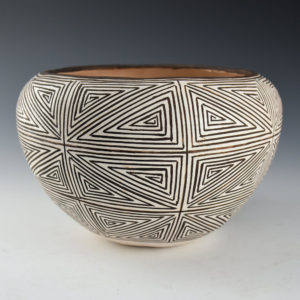 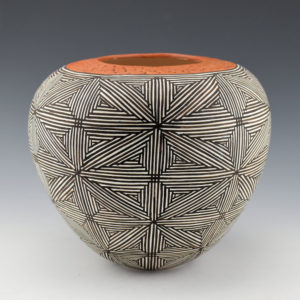 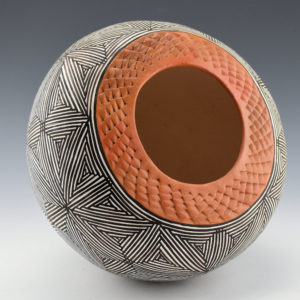 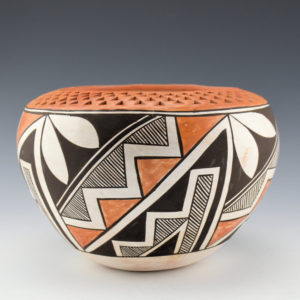 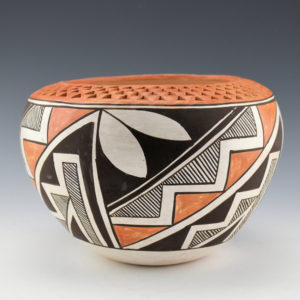