Juana Leno is one of the four revivalist matriarchs of contemporary Acoma pottery (including Marie Z. Chino, Lucy Lewis, and Jessie Garcia). She was a daughter of Lupita and Jose Vallo and learned to make pottery from her grandmother Eulilia Vallo. This large bowl is one of her classic shapes with a round body and a turned-in rim.  The rim of the bowl has rainclouds. The bowl has large swirling rainbirds and large areas of fine-lines.  The fine-line areas are slipped with red clay.  Overall, it is one of the more dramatic and colorful pieces of her pottery we have had in the gallery.  The bowl was traditionally fired and it is very thin-walled. It is signed on the bottom, “Leno”. It is in very good condition and a creative piece of pottery by this important Acoma Pueblo potter! 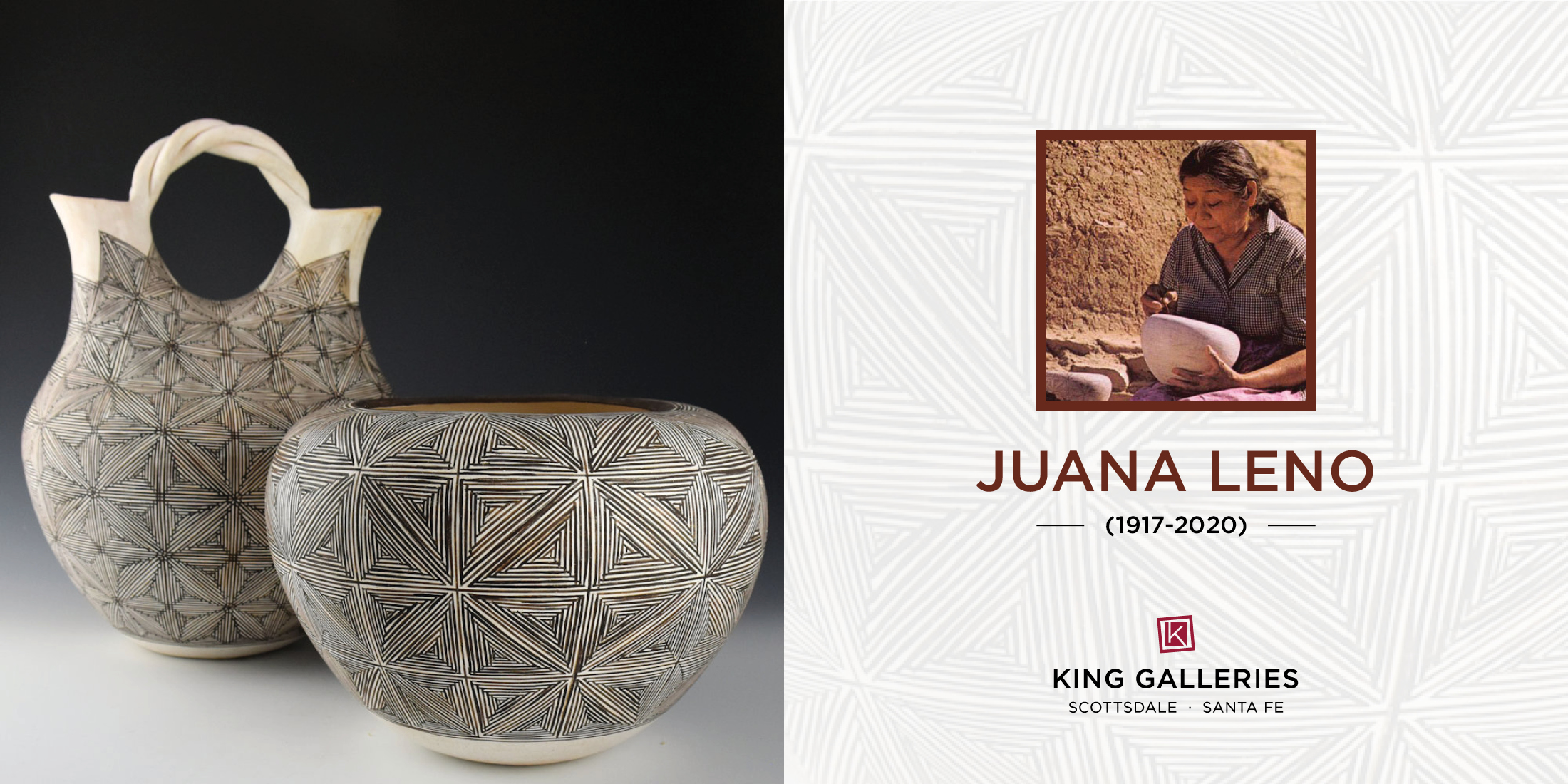 Juana Leno is one of the four matriarchs of contemporary Acoma pottery (including Marie Z. Chino, Lucy Lewis, and Jessie Garcia). She was the daughter of Lupita and Jose Vallo. She was the mother of Rose Leno Chavez, Mary J. Leno, and Regina Leno-Shutiva. She learned to make pottery from her grandmother Eulilia Vallo. She was known for her revival of black and white Tularosa and Anasazi designs. She was also known by her Acoma name, “Syo-ee-mee (Turquoise). Over the years she won numerous awards for her work and has work in museum collections nationwide.