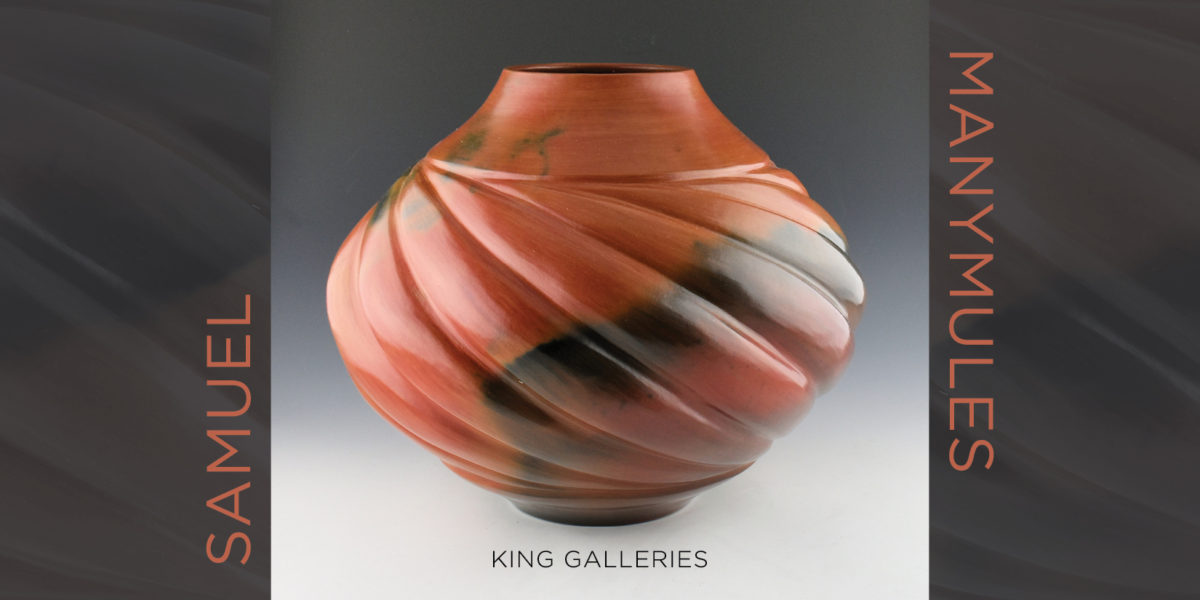 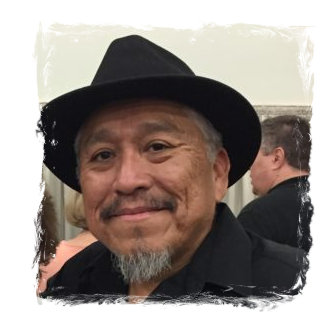 Samuel Manymules taught himself how to make pottery by looking at the pottery of Joseph Lonewolf and Christine McHorse in books! He creates minimalist pottery which has an amazing sense of form.

Samuel Manymules was born in 1963, of the Bitterwater Clan for the Red House Clan. With unemployment very high in the Navajo Nation, Samuel took advantage of many trades before becoming a full-time jeweler. He dabbed in pottery-making for over a decade before considering himself a serious potter. He is self-taught.

Samuel’s posts are traditionally made, but modernized in style. His shapes are varied: large bean pots, melon pots, and dough bowls, all polished smooth and covered with piñon pitch and reddish-brown made of iron oxide.

This is Samuel’s statement about his work:

“The vessels I make are of traditional natural materials. First, I gather moist pure clay from local riverbed sources, which is then dried three to four months in the sun. When dried, the resulting clumps are crushed, ground, and sifted into a fine powder. Temper is also gathered and processed: volcanic ash or pottery shard may be used. After hand mixing, the clay is set aside for curing. It is then later mixed several more times. Finally, after months of preparation, the clay mixture is ready for use.

There are several ways to build a vessel, all employing traditional techniques. Sometimes I use a puki for the base, oftentimes not. Most times I start with a slab of clay, coiling and the scraping the basic form, sometimes carving, often molding and compacting freeform. Usually, I have an idea of a shape and size, but other thoughts or events may intervene affecting the final form. I use a variety of traditional tools but never a pottery wheel or any other mechanical process. Appliqué, incised design, and slips are added after the initial building. Repeated polishing is done while the vessel dries. Complete drying takes at least three days and up to three weeks, depending on size. Then it is ready for firing.

Firing is an all-day process. Cedarwood is used because it burns efficiently at high temperatures. Fire clouds happen by chance. When finished, debris such as ash is carefully removed from the extremely hot vessel. Refined piñon tree sap is then swabbed inside and out with a stick while the vessel cools. The sap has also been gathered, cleansed, and processed by hand. After the vessel cools, before display, the pottery is polished with a cotton cloth to high shine.”

Although generally a secluded artist, Samuel has since 2002 begun to attend fairs and competitions where he sells his work.

Samuel has won numerous awards including a Judges’ Choice Award at the 2008 Heard Museum, Best of Pottery at the 2006 Southwest Museum Indian Marketplace and 2010 Best of Division at Santa Fe Indian Market. His distinctive pottery is a visual treat with such graceful forms. 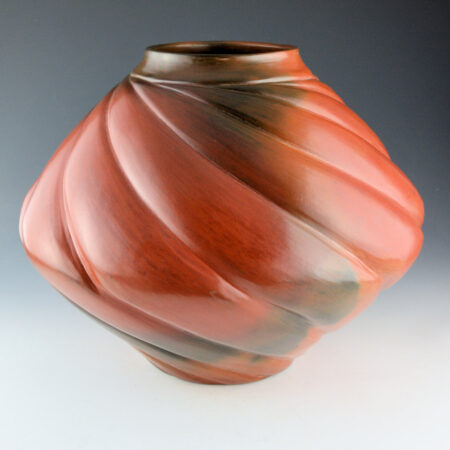 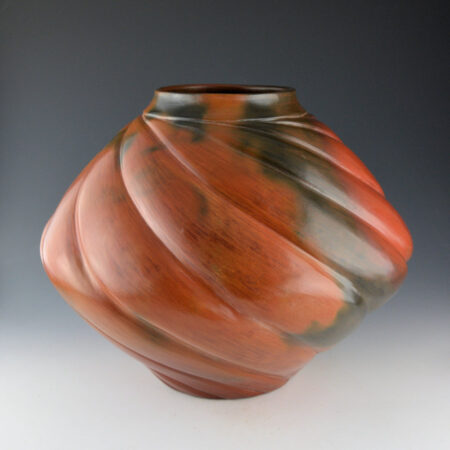 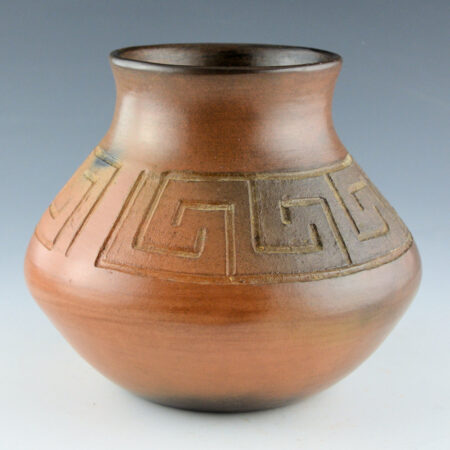 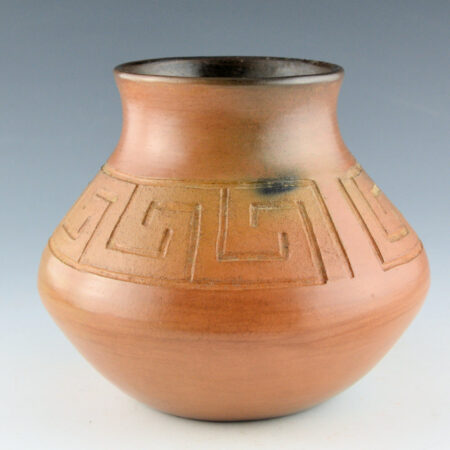 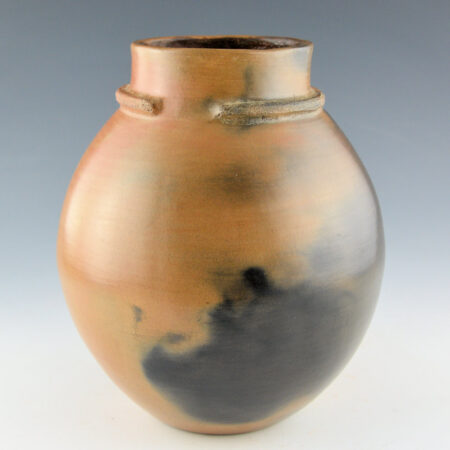 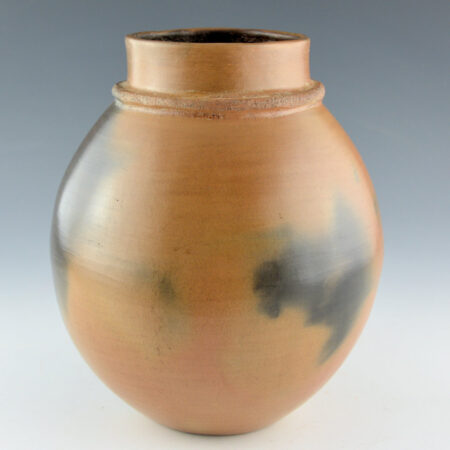 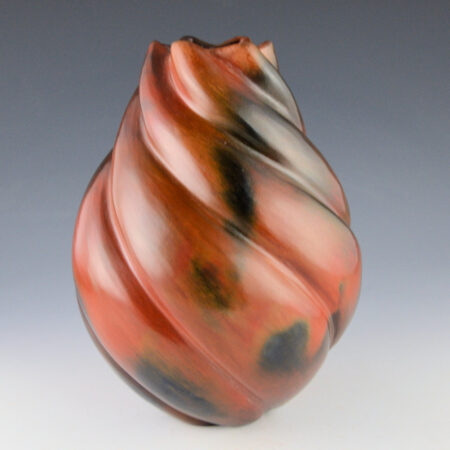 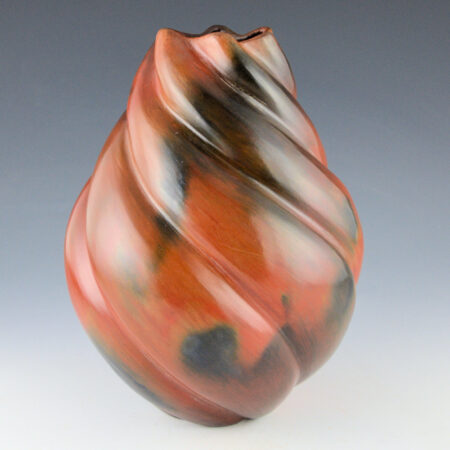 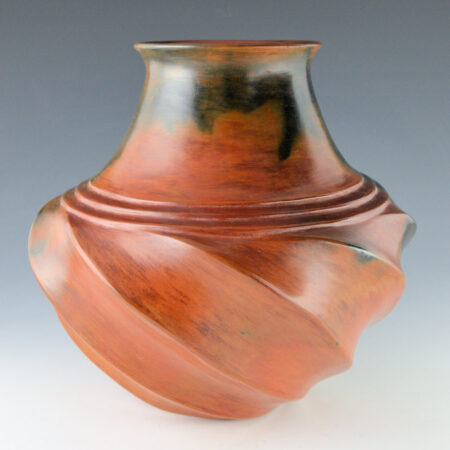 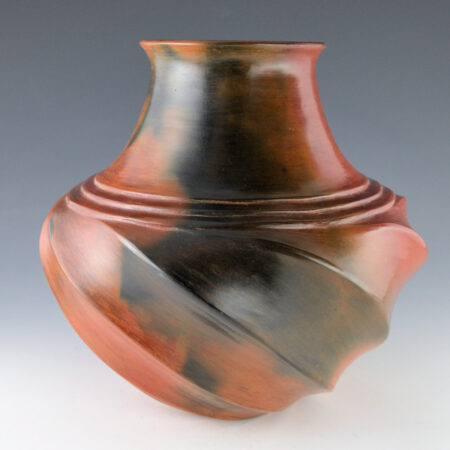 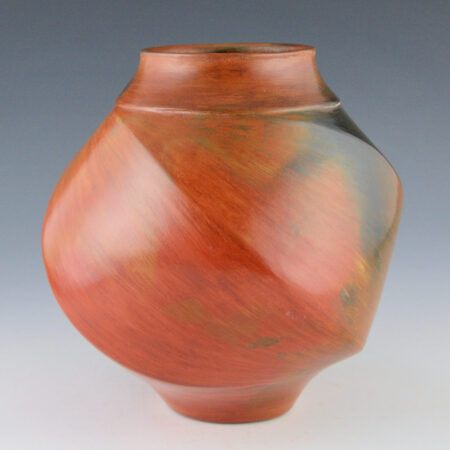 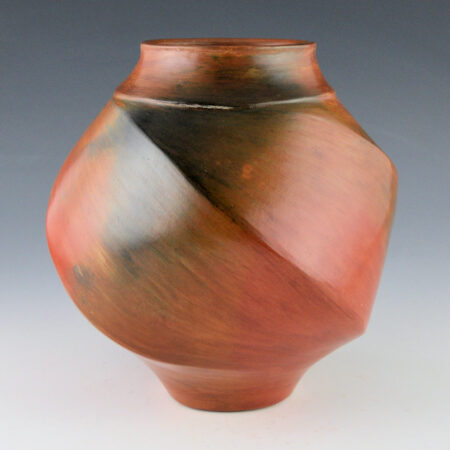 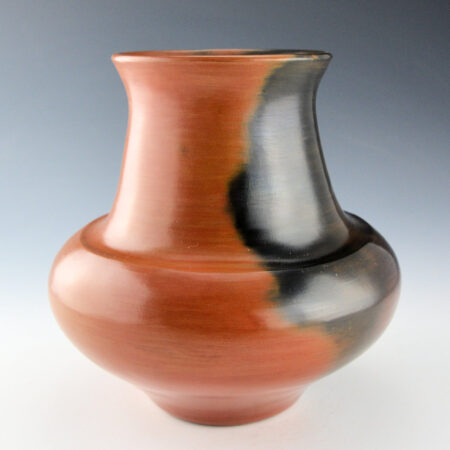 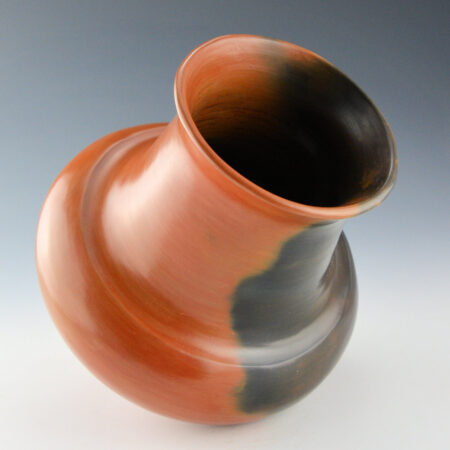 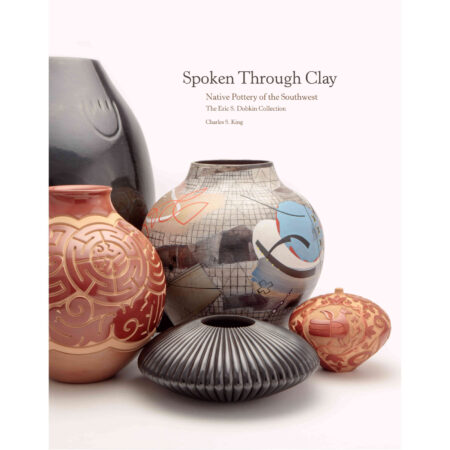 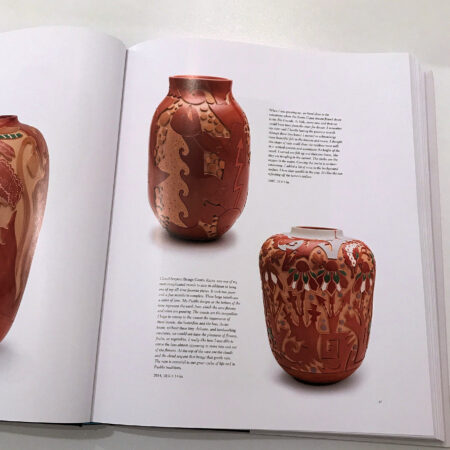