Agapita Tafoya was the wife of noted potter Camilio Tafoya and the mother of Grace Medicine Flower and Joseph Lonewolf. Agapita created most of her pottery from the 1930's to the early 1950's. She worked in all styles including polychrome, black-on-black and carved pottery. It is typically her later carved pottery for which she achieved the most recognition. However, her early polychrome work is spectacular. 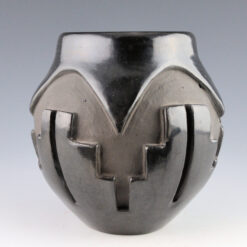 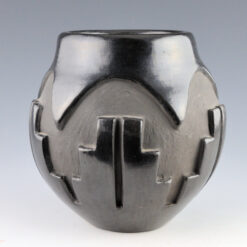