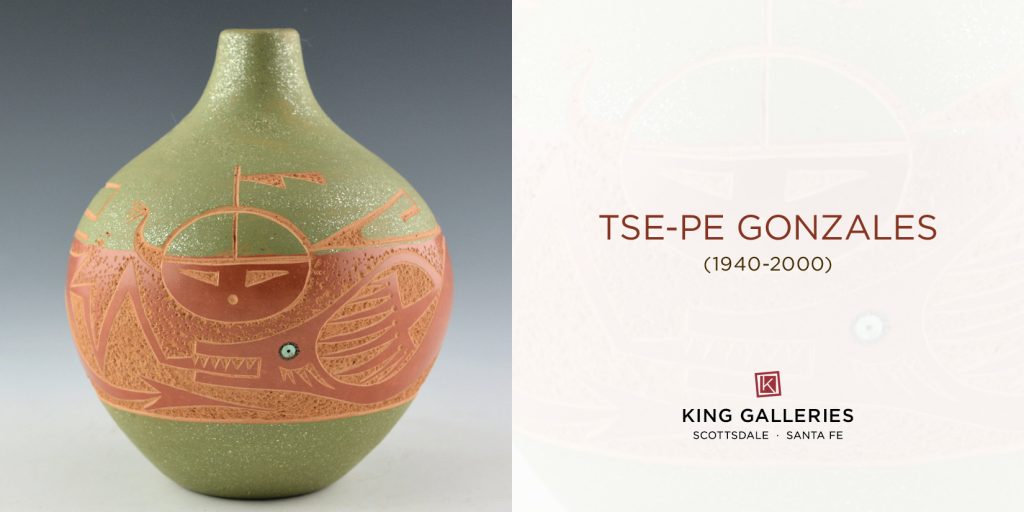 Tse-Pe Gonzales was a son of noted potter Rose Gonzales.   Rose taught both Tse-Pe and his wife, Dora, to make pottery. They worked together until around 1980 and then they divorced and began to each work separately.  Tse-Pe's work is signed with his "TP" hallmark.  They were also innovators for their time, and were featured in 1976 in the pivotal book, "7 Families in Pueblo Pottery". 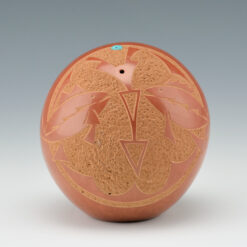