English Pronunciation: “Po-wock-ee or Po-hock-ee”
Traditional Name: PO-SUWAE-GEH
Pojoaque Pueblo is one of the six Northern Tewa-speaking Rio Grande Pueblos. Archeological studies of the area have dated inhabitation of the historic Pojoaque Pueblo area as early as 500 AD with a large prehistoric population in the late fifteenth and early sixteenth centuries. Pojoaque has always maintained a strong cultural identity and was known by its Tewa-speaking neighbors as “Po-suwae-geh” the water drinking or gathering place.

In 1706 Pojoaque Pueblo was resettled by 5 families. By 1712 the population reached 79. By the 1800s the land base was being encroached upon by non-Indians and an official land grant was patented by Abraham Lincoln with the presentation of a silver cane of authority to the Governor of Pojoaque. The Pueblo was further devasted by a smallpox epidemic, lack of water, encroaching non-Indians, and a lack of an arable land base for agriculture. Circa 1900 the las Cacique died and Governor Jose Antonio Tapia left the reservation for outside employment. The Pueblo of Pojoaque was once again abandoned, its people migrating to other villages in the region.

In 1934, the Commissioner of Indian Affairs issued a call for all Tribal members to return to the area. Under the Indian Reorganization Act, 14 members of the Tapia, Villarial, Romero, and later the Gutierez/Montoya families were awarded land grants in the Pueblo land base. In 1936 the Pueblo of Pojoaque became a federally recognized Tribal Reservation with 11963 acres and current Tribal enrollment at 263 members.
In 1973, Pojoaque Pueblo’s progressive approach led to the election of the first woman governor in the Rio Grande villages, Thelma Talachy. At present, the Poeh Cultural Center is responsible for undertaking a vocational/educational approach to teaching Native Studio art to Indian students as part of a process of cultural regeneration. Annual traditional dances open to the public are Pojoaque’s Feast Day December 12 and Reyes Day dances on January 12 on the plaza. 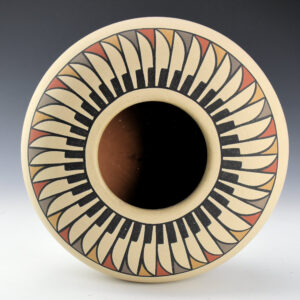 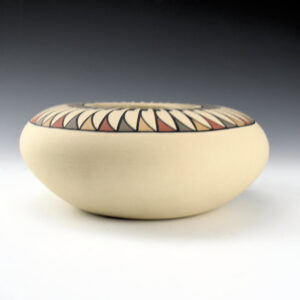 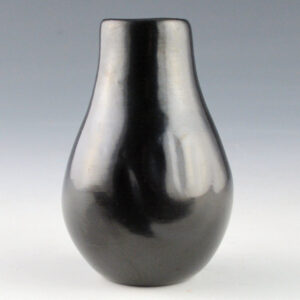 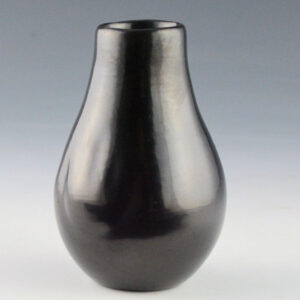 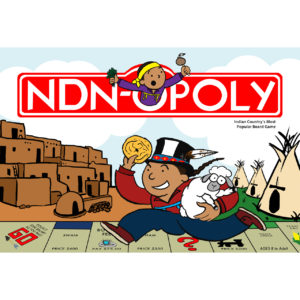 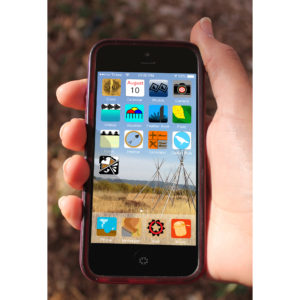 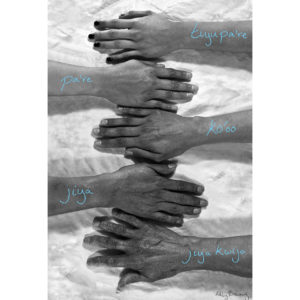 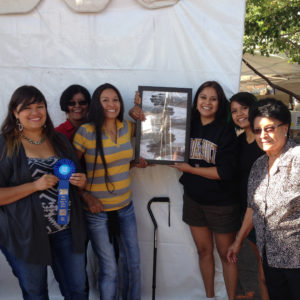 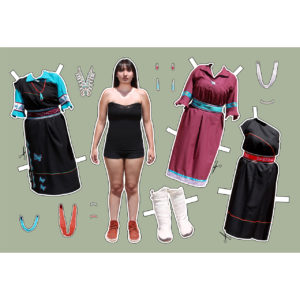 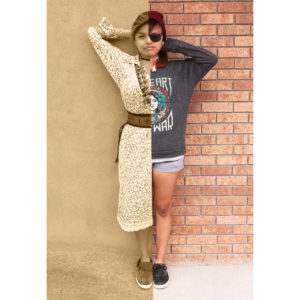