Ashley Browning creatively uses her photographic and graphic skills to create imagery that captures a moment in Pueblo culture.  This digital photo is called, “Juxaposition”.  The model is Samatha Whitegeese (a daughter of Daryl Whitegeese).  Ashley says of this piece, “This photo is about young woman who is balancing her contemporary lifestyle and her traditional pueblo life. It is an everyday challenge that almost every young person deals with while going to school and participating in traditions.”  She took multiple photos of Samantha and combined them together to create this image.  The first in this series won a First Place at Santa Fe Indian Market in 2013. There are 10 pieces in the edition and it is framed in a black frame. 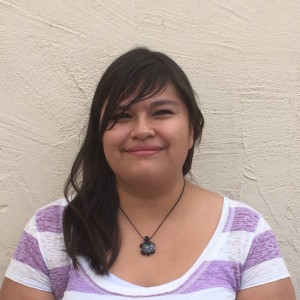