Harrison Begay, Jr. has won numerous awards over the years for his deep-carved pottery.  This jar is coil-built and stone polished. There is a side view of a buffalo one one side.  Note how the buffalo is both matte and polished in sections. As the jar is turned there are wind, cloud, water, feather, and sun designs. There is a lot of carved design for the size of the jar!  The jar was fired a deep, glassy black.  The polished sections stand out more in contrast to the black matte areas.  Note as well the style of carving, which has a beveled appearance to the angle of the cuts into the clay. This is a very distinctive style of carving for his pottery.  The jar is signed on the bottom in the clay, “Harrison 22” 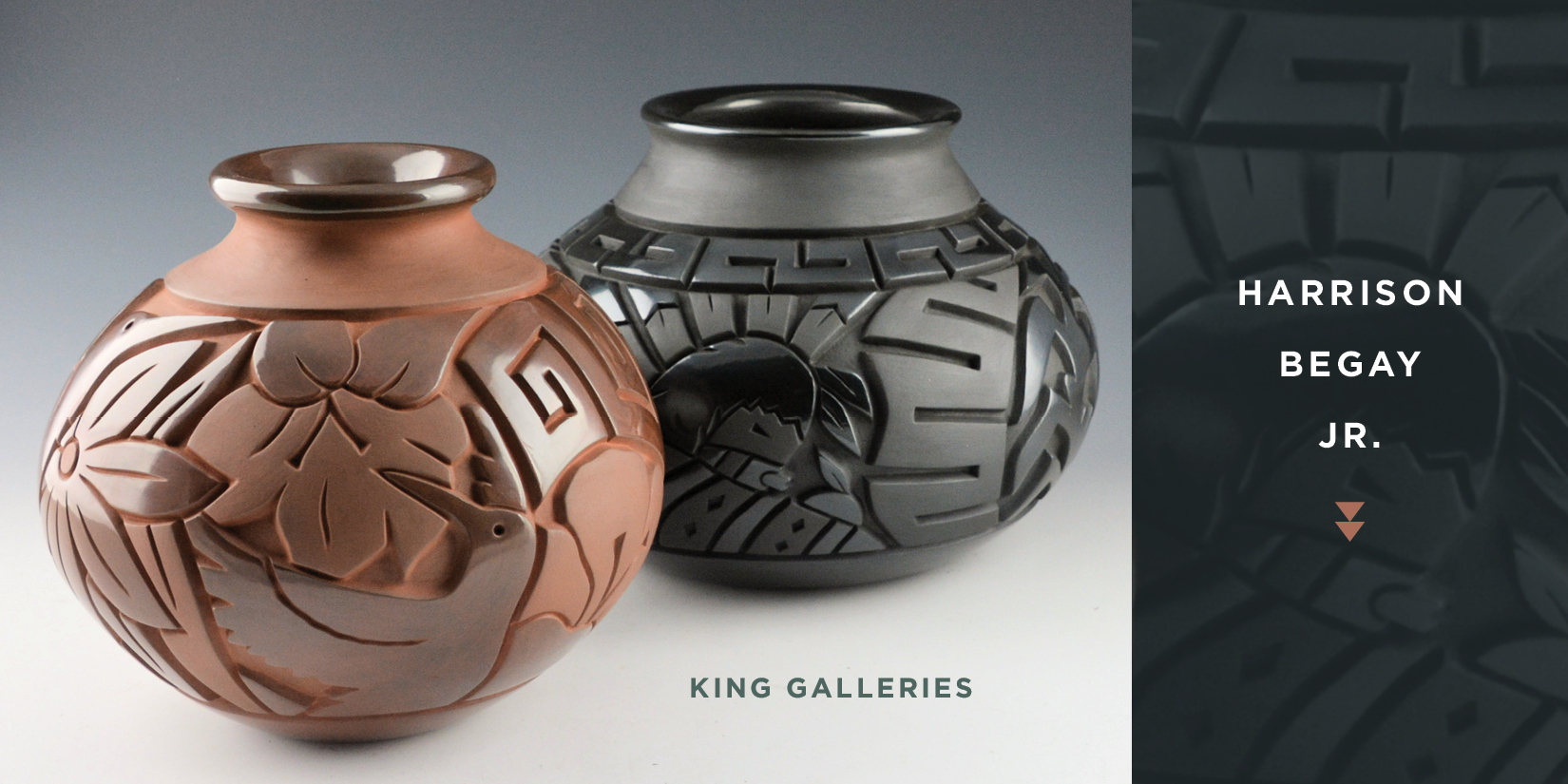 While living at Santa Clara Pueblo, Harrison Begay Jr. learned to make Santa Clara style carved and polished pottery. While many of his earlier pieces utilized Santa Clara imagery, today, his designs are focused on Navajo and petroglyph patterns. Harrison has won numerous awards for his work and continues to be one of the leading innovators in Native American Indian pottery.

From Jeddito, Keams Canyon, Arizona, Harrison originally trained as a painter, but while married at Santa Clara Pueblo, he was taught the fine art of Santa Clara style pottery making from his mother-in-law.  Harrison began to enter his pieces in various shows, winning numerous awards. His works are featured in galleries, museums, and private collections around the world.  His talent for graphic Native petroglyph style designs is reflected in the deep cut patterns and monochromatic shapes.  We are pleased to carry Harison’s wonderful pottery in our Santa Fe and Scottsdale Galleries.