This is a larger and early canteen by Lena Chio Charlie.  She was s one of the famous Hopi-Tewa potters from the 1940s-60s.  She was a sister of Irene Shupla and the grandmother of noted Hopi katsina carver Neil David.  This canteen is very large and inspired by Hopi rattles made in a similar in style.  The entire front is painted in the design of a Katsina.  There are painted eyes and the “nose” is protruding from the center.  The red clay is the earlier pre-1930’s style, so it could be earlier than the 1940s.  It is signed on the back with her corn hallmark.  The piece is in very good condition with no chips, cracks, restoration or repair.  Definitely unusual and an important piece by Lena Charlie. 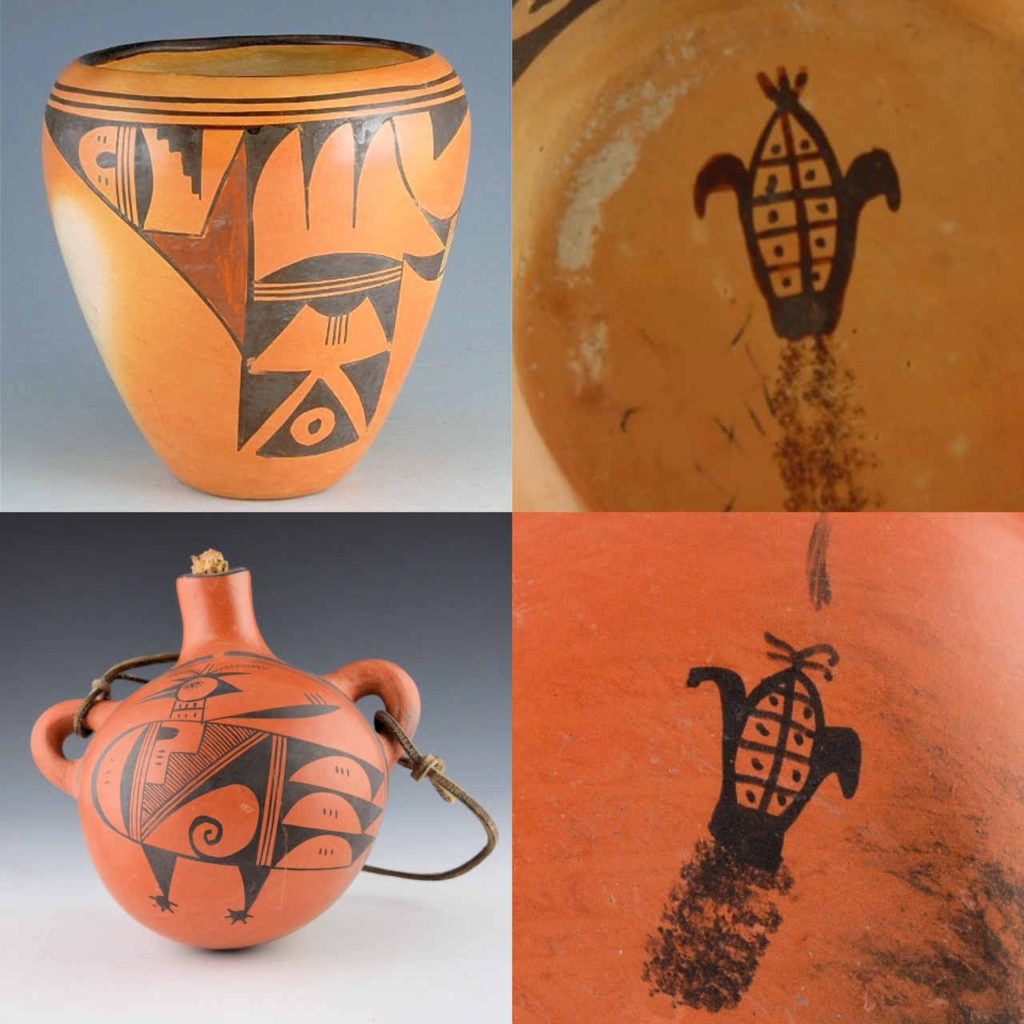 Lena Chio Charlie is also known as “Corn Woman”. Her signature is a corn hallmark which was meant to represent Blue Corn. She was Katchina Clan and lived below the mesa just below “the gap” leading up to the top of First Mesa. Lena Chio (Charlie) is known to have been an active potter from 1933 to 1961. She married her second husband, Victor Charlie, in 1928.  She was the mother of Sunbeam David and grandmother of noted katsina carver Neil David. She was a sister of Irene Shupla and aunt to Kenneth Shupla.  She was also related to Sadie Adams. I spoke with Rainy Naha about Lena, as she was her father’s aunt.  So as of 1/25/2020 this is some of the most recent information on this important potter.