Helen Cordero is undoubtedly one of the great names in Cochiti pottery.  It was in 1964 that Cordero said she made her first storyteller.  According to her, “I made some more of my Storytellers with lots of children climbing on him to listen, then I took them up to the Santo Domingo Feast Day” and the rest is history.  Her pieces were all males, to honor her grandfather, whom she would hear telling children stories of Pueblo life and culture.  She received the New Mexico Governor’s award in 1982 and the NEA Heritage Fellowship in 1986.  This is one of her classic male or grandfather drummers. Here the figure is holding a drum on his lap and the drumstick in his other hand.  Note the intricacy of the painting on the entire piece, especially on the shirt. There is even a painted sash extending down the side.  As well, notice the mouth with the protruding lips, which is also typical of her earlier work.   She used a variety of traditional Cochiti designs on the figure.  The piece was painted with wild spinach (black) and red clay on white clay.  It was traditionally fired.  It is signed on the bottom, “Helen Cordero”.  It is in excellent condition with no chips, cracks, restoration, or repair. 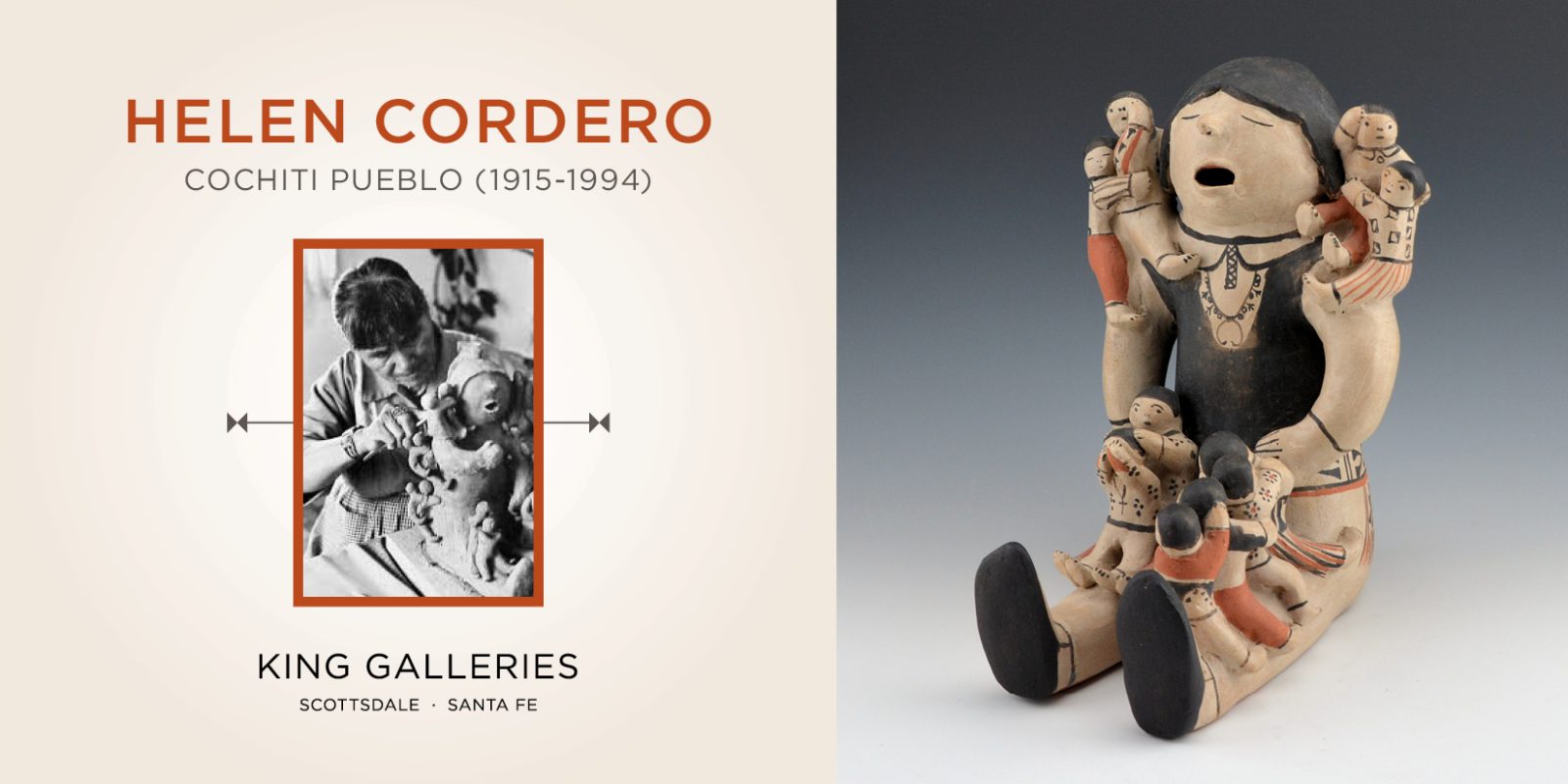 Helen Cordero created the storytellers in 1964 as a way to honor her grandfather, Santiago Quintana. Helen won numerous awards for her pottery and was featured in over 25 issues of American Indian Art Magazine and on the cover of National Geographic magazine. Her Storyteller design became popular with other pottery-makers, who have created variations, including animal storytellers. To distinguish her work and to fulfill the expectations of some collectors, Helen began signing her works. After the storyteller's success, Helen eventually drew more from her experiences and developed other types, including drummers, singing mothers, Pueblo's father, and Hopi maiden. Helen was honored as a Santa Fe Living Treasure in May of 1985; she was made an NEA National Heritage Fellow in 1986. Helen Cordero Primary School, in Albuquerque, New Mexico, is now named after her.