This is a massive tall water jar by Hilda Coriz.  Hilda would coil build each piece and she also painted some of her pieces after Arthur passed away in 1998. This jar has a round body and an elongated neck with just a slight rim.  Around the neck are wild spinach flowers (the black used to paint the pottery).  Below is a band of Kews style stars.  Around the body of the jar are three large birds and flowers.  The painting was done with natural clay slips (white and red) and then wild spinach (black).  There is a “spirit line” or break in the painted design on the rim, which then extends down through the entire design!  This goes back to historic Kewa pottery when the artist would use the spirit line to release their spirit or connection from the vessel.  The jar is signed on the bottom, “Hilda Coriz”.   The jar is in excellent condition with no chips, cracks, restoration, or repair.  It’s exciting to see pieces by her at this size! 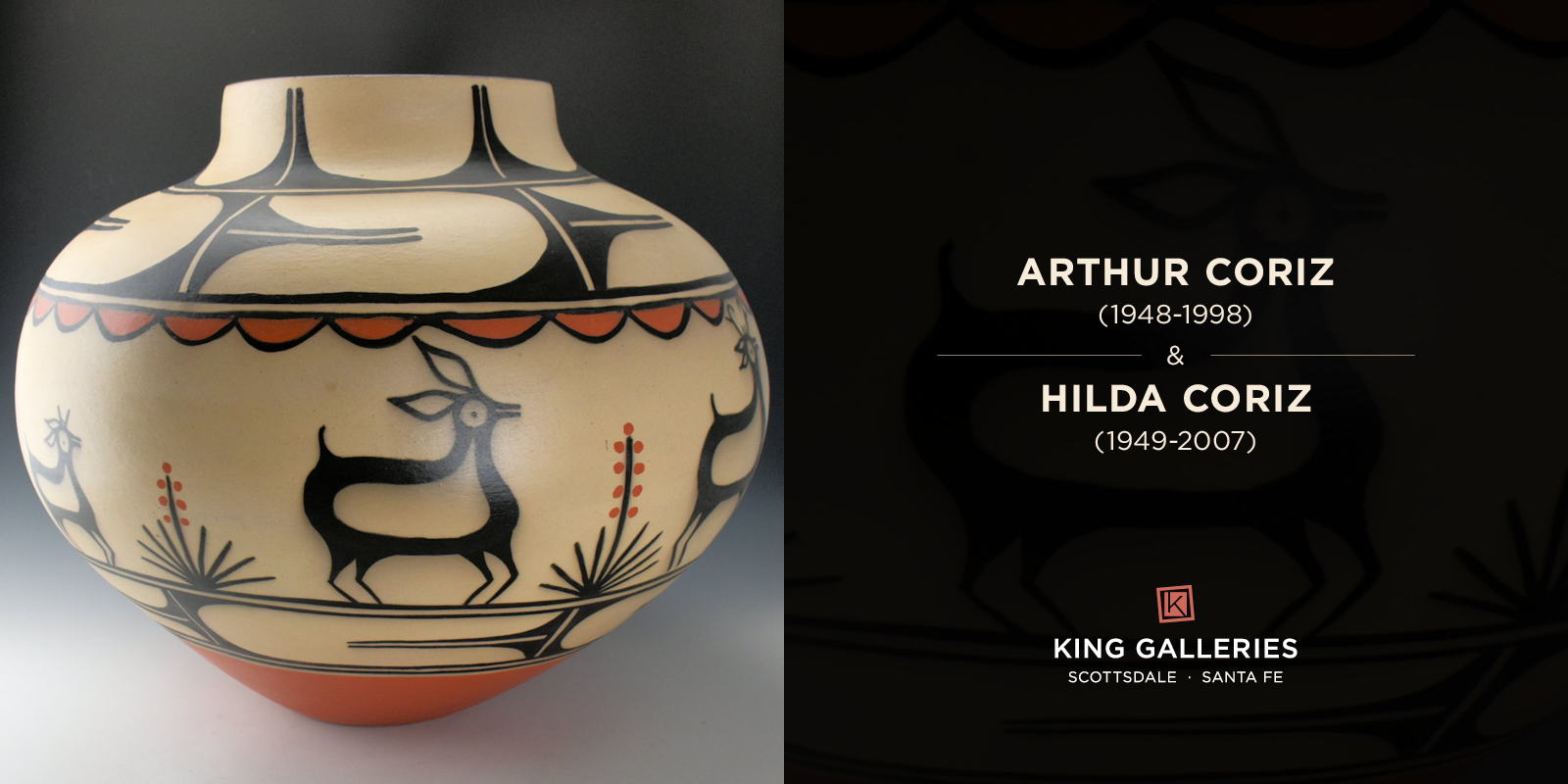