The painting on this small water jar by Dolores Curran is exceptional!  The entire piece is fully polished and then it is painted. In terms of painted designs, Dolores has to first polish the jar and then paint the designs over and over again at least four and five times!  The first time is to outline the design, and then a second time to deepen the outline.  Then the designs are filled-in and then painted over again. Finally, the entire piece is painted over one more time for consistency in color!  Imagine painting a piece that many times and STILL getting such thin lines.  The neck has a feather pattern, and no, I didn’t count them!  They are too tiny!  Above the shoulder are cloud and rain designs.  Below the shoulder are waves.  For the size, it is incredibly complex in design!  The jar is signed on the bottom in the clay, “Dolores Curran”.  It is in excellent condition with no chips, cracks, restoration, or repair. 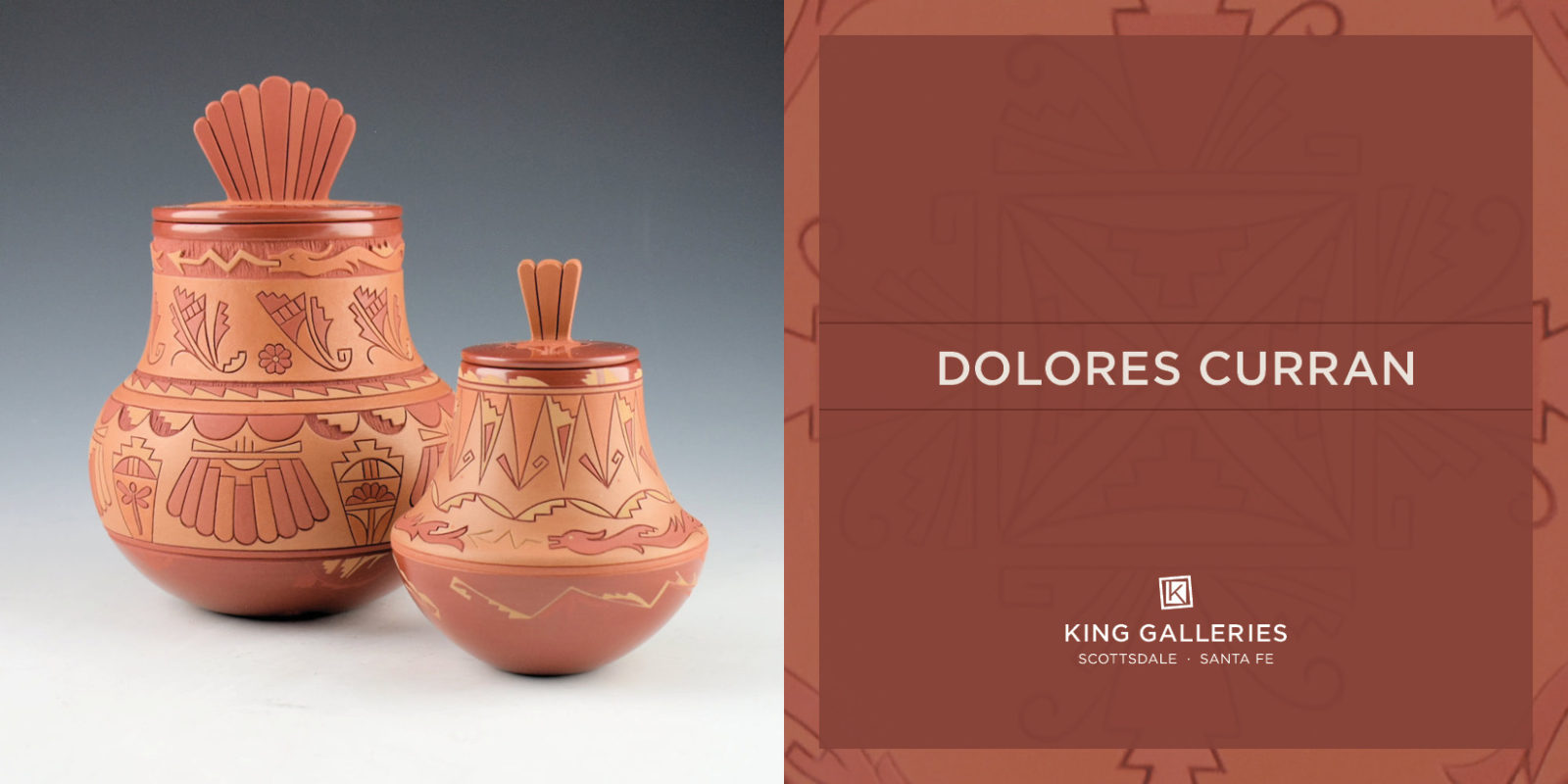 Dolores Curran is the sister of potter Geri Naranjo.  They are daughters of noted potter Usulita Naranjo.  Dolores is the mother of Ursula Curran and Dwight Curran.  She began making pottery at a very early age.  Dolores is originally from Santa Clara, but she moved to Ohkay Owingeh Pueblo when she married Alvin Curran.  Dolores has long been known for her miniatures in the buff on the red style of pottery. The talent in miniature works has been handed down to her daughter, Ursula.   Dolores has also created a distinctive style inspired by San Juan Pueblo pottery.  These pieces reflect the incised pottery of her husband, Alvin Curran. Each piece is incised with designs, which are then slipped with various clays or stone polished and then traditionally fired outdoors.  She has also created black fired vessels in this same style, which are often called “Poly-tonal” for the variations of gray and black on the piece.  Dolores does not copy or record her designs as she wants to make each piece unique.