Carmelita Dunlap is one of the San Ildefonso potters best known for her large vessels.  This is a classic water jar shape with a sharp shoulder and an elongated neck. The rim of the jar is undulating or “fluted”.  The neck of the jar is painted with a feather pattern and below is a cloud design.  The entire piece is very highly polished and fired a glassy black.  The jar is signed on the bottom in the clay, “Carmelita Dunlap”.  It is in very good condition with no chips, cracks, restoration or repair.  Definitely a traditional classic of her work! 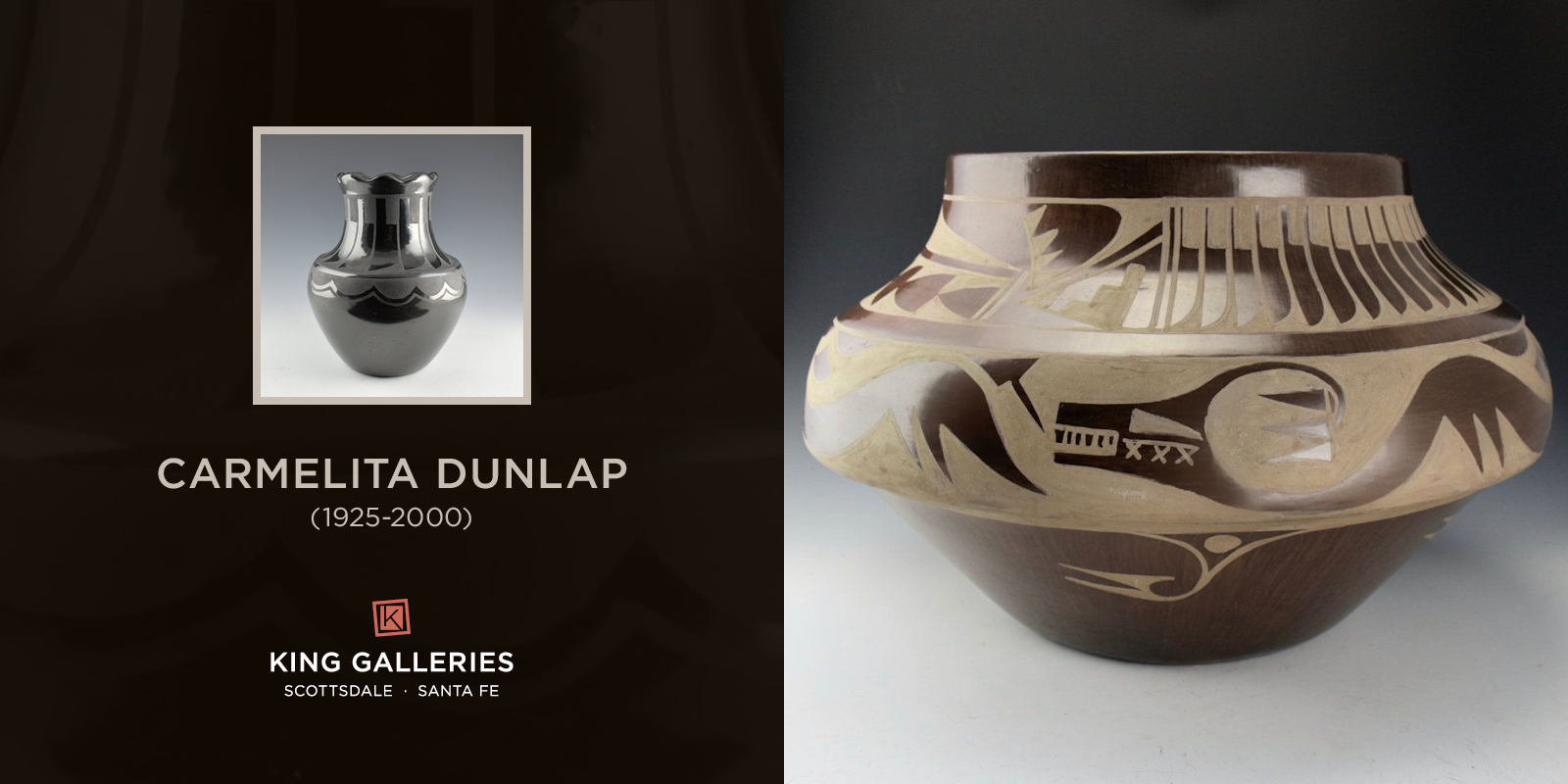 Carmelita Dunlap was a daughter Juanita Vigil and raised by Desideria Sanchez, both sisters of Maria Martinez. She learned to make pottery from her aunts and began making her distinctive vessels in 1955. She was known not only for her complicated designs but the large size of her pottery. She is also the matriarch of a family of potters including children Martha Appleleaf, Carlos Dunlap, Cynthia Star Flower and grandson Erik Fender. Carmelita won numerous awards for her pottery at events such as Santa Fe Indian Market and Gallup Ceremonials. Her pottery can be found in museums across the country including the NMAI and the Denver Art Museum.