This is a large storage jar by Helen Gachupin.  She was a daughter of Andrea Toribio Gachupin. She never married so she had no children to carry on her pottery-making tradition. She was known for her traditional pottery and use of traditional designs.  This is a classic Zia water jar with a high shoulder and short neck.  The jar has cloud and rain designs around the neck.  Below are Helen’s iconic Zia birds.  They have long, thin necks.  Separating the birds are classic cloud patterns slipped and polished red.  Zia pottery from this time period was made from clay that used basalt for the temper, giving them great structure and endurance.  The base of the jar is signed, “Helen Gachupin”.   It is in very good condition with no chips, cracks, restoration, or repair.  Definitely a classic in clay! 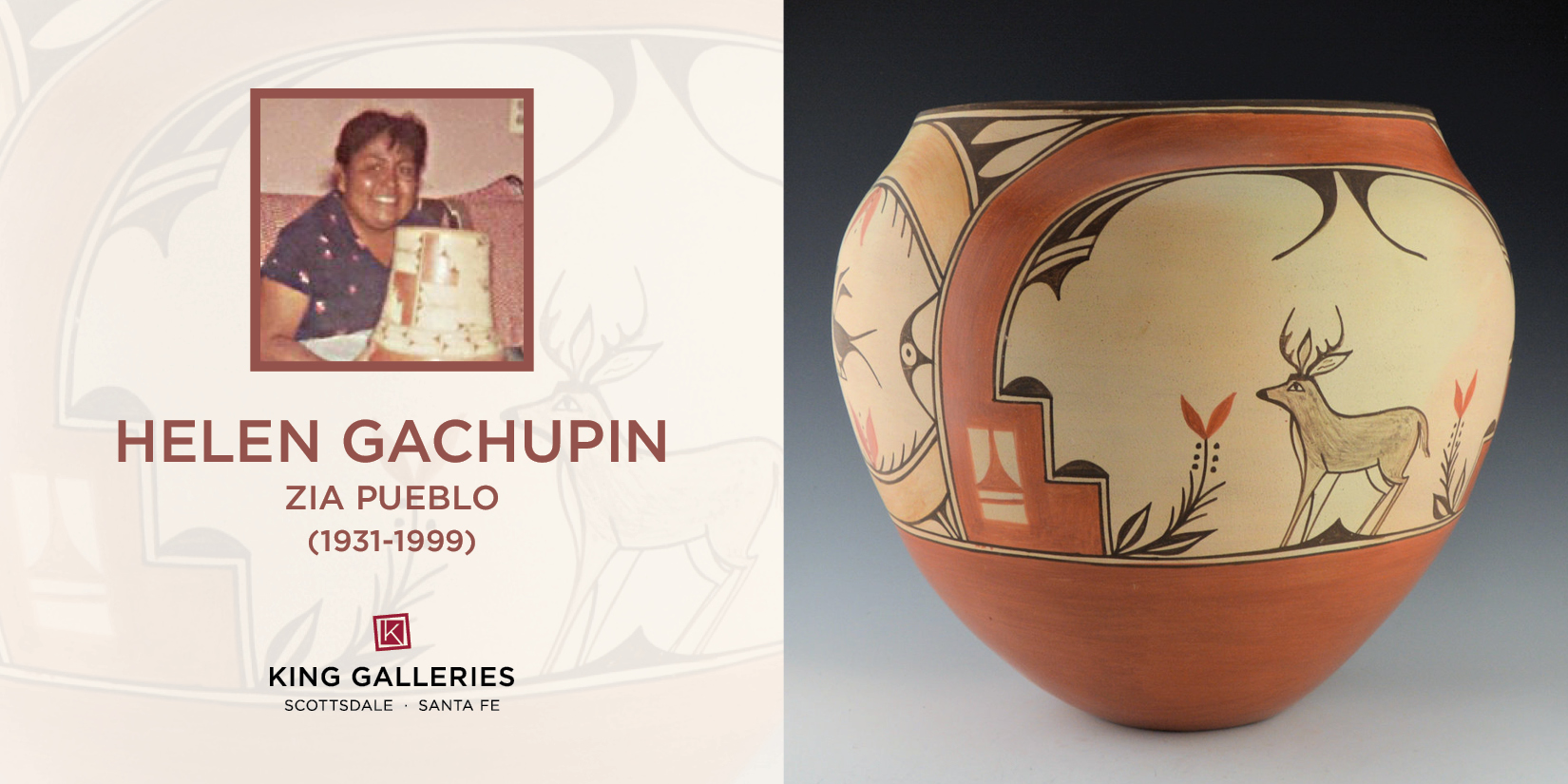 Helen Gachupin was a daughter of Andrea Toribio Gachupin and a granddaughter of Rosalie Medina Toribio.  Her sister was Gloria Gachupin Chinana. She never married so she had no children to carry on her pottery-making tradition. She was known for her traditional pottery and the use of traditional designs. While never prolific her work can be found in museums such as Peabody Museum at Harvard University in Boston, the Maxwell Museum in Albuquerque, the Museum of Indian Arts & Culture in Santa Fe, and the Heard Museum in Phoenix.