Beginning in the early 1970’s, Joseph Lonewolf revolutionized the world of Santa Clara pottery by incorporating his sgraffito (lightly etching the surface of the clay) and incised (more deeply cut into the clay) designs.  He was the first potter to begin making bronzes of his work in 1974.  This piece is from 1980 and it is the last of his castings and it is from silicon bronze, giving it a gold-like appearance.  It is the flute player which is often seen in his pottery.  Joseph said of the flute player in his work:

Interestingly, the “Flute Player” piece was cast in “brown patina, silicon bronze, sterling silver, and white bronze.  This piece is the silicon bronze version. I think it was a total edition of 60 with 15 of each of the four types.   The detail on the headdress and the body of the figure is exceptional.  The piece is dated and part of the edition of 60.  It is in excellent condition. 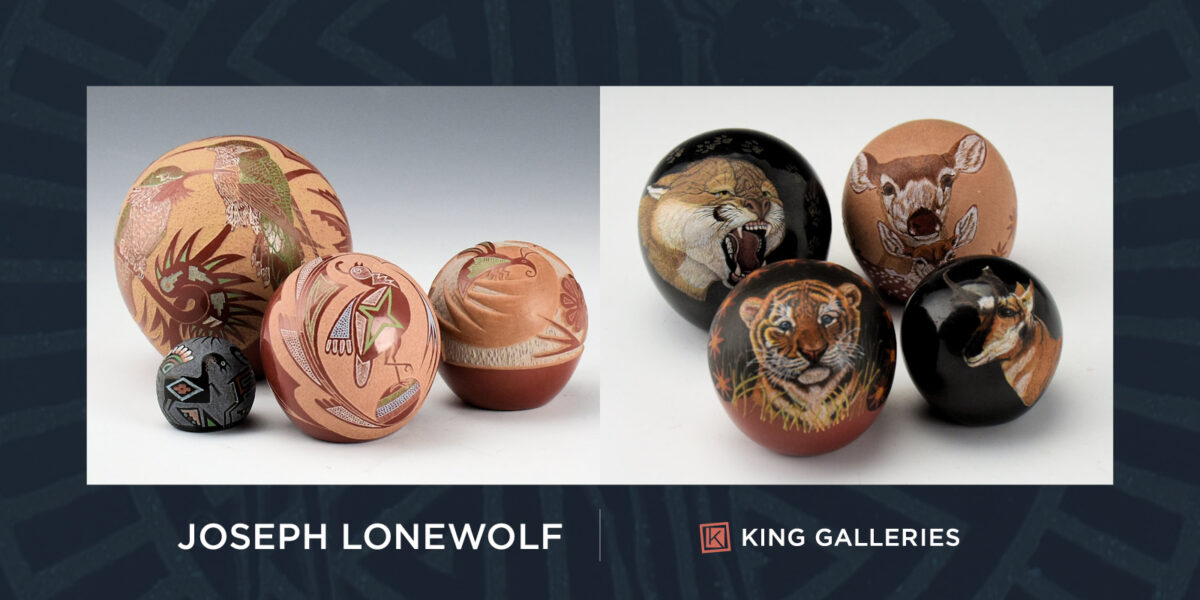 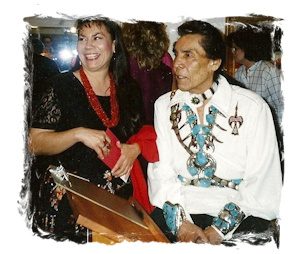