Christine McHorse was well known for her sculptural pottery.  Each piece is coil built and has very thin walls.  This is one of her earlier Navajo pieces.  It is very thin-walled and round in shape.  There is a traditional sun design on each side and there are rain designs etched around the neck and handles.  It was traditionally fired and then covered with pinon pitch after the firing.  It is signed on the bottom of the bowl, “C McHorse”.  It is in excellent condition with no chips, cracks, restoration, or repair.

“I grew up in Morenci, Arizona, and in the summers I’d go to the Navajo Reservation and stay with my grandmother. My siblings and I would herd sheep for her during the summer.  I didn’t really have any idea about Navajo pottery. When I started making pottery, I also started researching it in books and museums. The Navajo pottery that was written about, they were called “mud pots.” It had not developed to the sophisticated level of Pueblo pottery.

I get my own clay. I use natural clay that we dig from a clay pit near Taos. I’m Navajo, not Taos, and I respect the processes handed down to me. Joel’s grandmother recognized the fact that I was good with my hands and the clay. We do continue to gather and process our own clay. My family and I go once every four years or so and get a couple barrels full of clay. My work is slow and tedious. Most all of the clay goes to use so there is very little that is not used. It’s very satisfying to pull it out of the ground, process it yourself, and make the material that you build with. I process my clay to the point where I know how the clay should feel in my hands. Then I feel like I have some control of the process from the beginning to the end.”  Christine McHorse, Spoken Through Clay 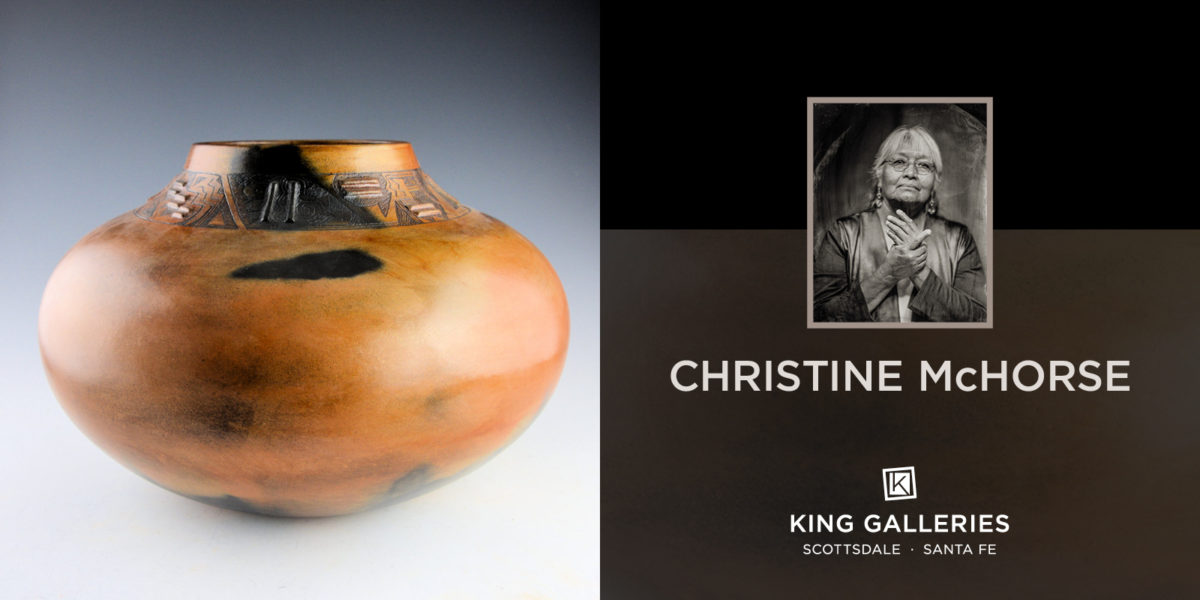