Lawrence Namoki has been known for a variety of styles in his pottery.  This is an earlier piece of his pottery from the 1980s.  It is a seedpot entitled, “Song of My Father”.  It has a Roadrunner Katsina on one side and a Kokopelli Flute Player on the other.  They are carved into the clay and then highlighted with additional clay slips.  The space separating them is slipped to look like wood.  Note the area behind the Katsinas, which is also incised and then slipped with red clay.  All the different colors are derived from natural clay slips.  The seedpot is signed on the bottom, “Lawrence Namoki”.  It is in very good condition with no chips, cracks, restoration, or repair. 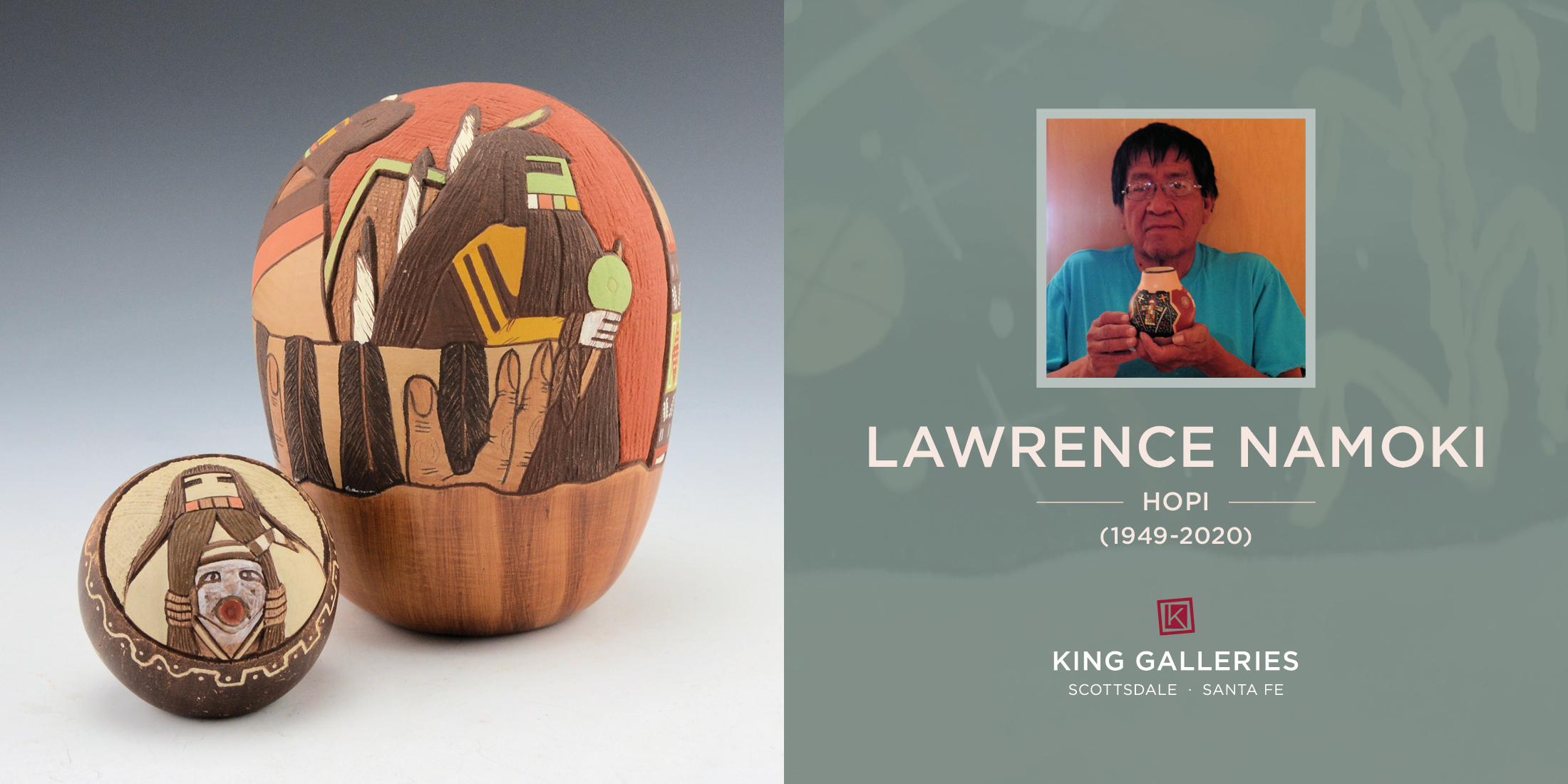 Lawrence Namoki is from Walpi, the oldest village on First Mesa at Hopi. He began his art career carving miniature katchina in wood. In the 1980's he began making pottery which was deeply carved and the imagery was mostly focused on Katsina figures. The surfaces were slipped and painted to give the appearance of wood. Today, his work has taken a new turn with imagery based on Hopi myths and history. He says of his pottery, "The type of artwork I do cannot be taught in any educational institute. Only a true Hopi can do what I do and he must understand the Hopi culture and the life of a Hopi to do artwork of this type. All my artwork on pottery is based on Hopi Culture and Myths.” Lawrence has won numerous awards for his pottery at events such as Santa Fe Indian Market and the Heard Indian Market. His pottery can also be found in the permanent collections of the Denver Art Museum, the Smithsonian, and the Heard Museum.