Celestina Tafoya Naranjo was a daughter of Pasqualita Tafoya and a niece of Sarafina Tafoya.  She began making pottery in the 1930s and continued through the 1980s.  This jar was originally purchased in the 1950s.  It has a round body and sloping sides.  It is painted with a triangular mountain design.  The jar is fired a deep black coloration. The piece is in excellent condition with no chips, cracks, restoration, or repair.  It is signed on the bottom, “Celestina”. 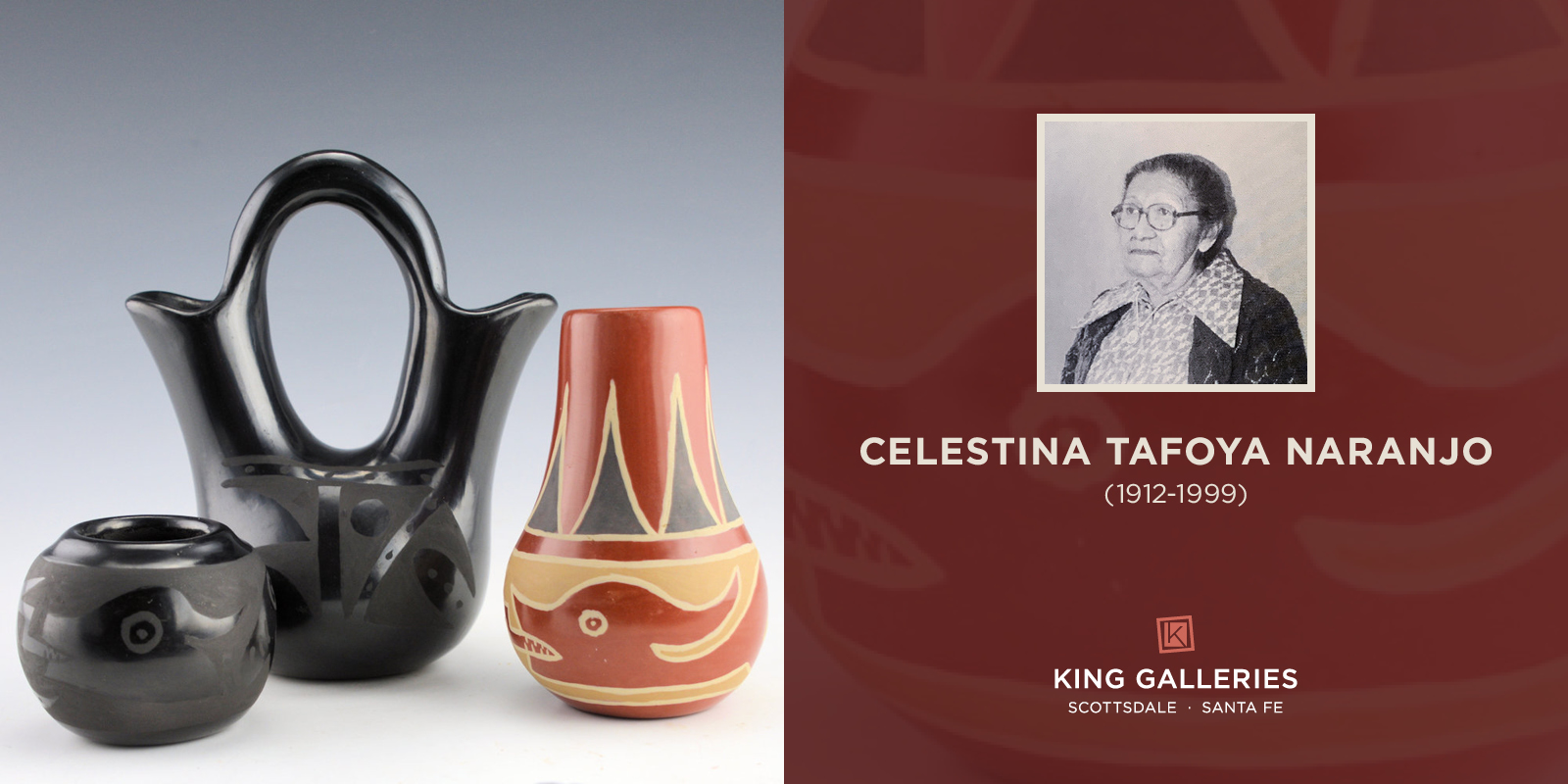 Celestina Naranjo was a daughter of Pasqualita Tafoya and a niece of Sarafina Tafoya. She was a sister of Petra Gutierrez and Barbara Tafoya. She was the mother of Millie Naranjo, Sylvia Naranjo, and Joseph Clifford Naranjo.  She began making pottery around 1930. She is best known for her polychrome pottery vessels.