This miniature seed je by Geri Naranjo is a highly polished and fully designed on the top.  It has a round shoulder and an elongated neck. It has etched avanyu around the top of the shoulder.  There are lighting and cloud designs on the neck and feather and rain designs below the shoulder.  The remainder is highly polished.  The piece was fired a deep black coloration.   It is signed on the bottom in the clay, “Geri Naranjo”.  It is in excellent condition with no chips, cracks, restoration, or repair. 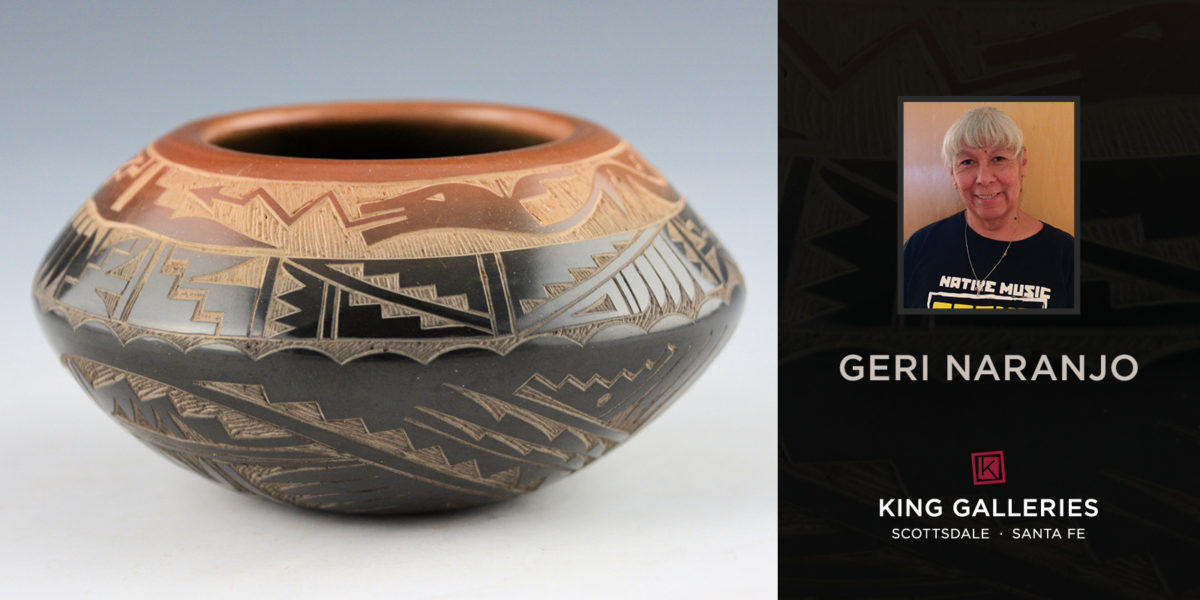 Geri Naranjo is a sister of Dolores Curran. She has won numerous awards for her work and has influenced the pottery of her children, Kevin Naranjo, and Monica Romero. She is best known for her miniature pottery, which is fully polished and etched with intricate designs.  The delicate shapes, long necks, and tiny designs make her one of the most renowned Pueblo miniaturists.