Nicolasa Naranjo was a daughter of potter Tomasita Tafoya Naranjo and a niece of Margaret Tafoya.  She created a wide variety of pieces over the years of her pottery career, including polychrome pieces as well as black-on-black pottery. The bowl has four sides that are squared off at the opening.  There is an avanyu painted black-on-black encircling the piece.  Around the rim are clouds and note the delicately painted clouds along the back of the avanyu!  The bowl is highly polished and fired a glossy black.  It is in excellent condition with no chips, cracks, restoration or repair.  It is signed on the bottom in the clay, “Nicolasa”.

The story of the Water Serpent or Avanyu (in Tewa) as told by Toni Roller (Santa Clara Pueblo):

“The water serpent, we were told, it represents life. It represents the water, which is important to life, to people, plants, and animals. The water design is very important to put on pots to honor that serpent. We used to ask, “What is the water serpent?” We were told the water serpent is in the rivers, the big rivers. At one time, when my mother was young, there were no bridges to cross over the Rio Grande. They were always told that if you see a water serpent, your life is going to be long. She did see one laying on the rock. She said it was huge, snakelike, and she said she just stared at it and couldn’t holler for anyone else to see. If you look at the serpent design, it has all the weather designs. The lightning on the tongue of the serpent, and there are mountain designs and rain designs and all the weather elements. .”  Toni Roller, Spoken Through Clay 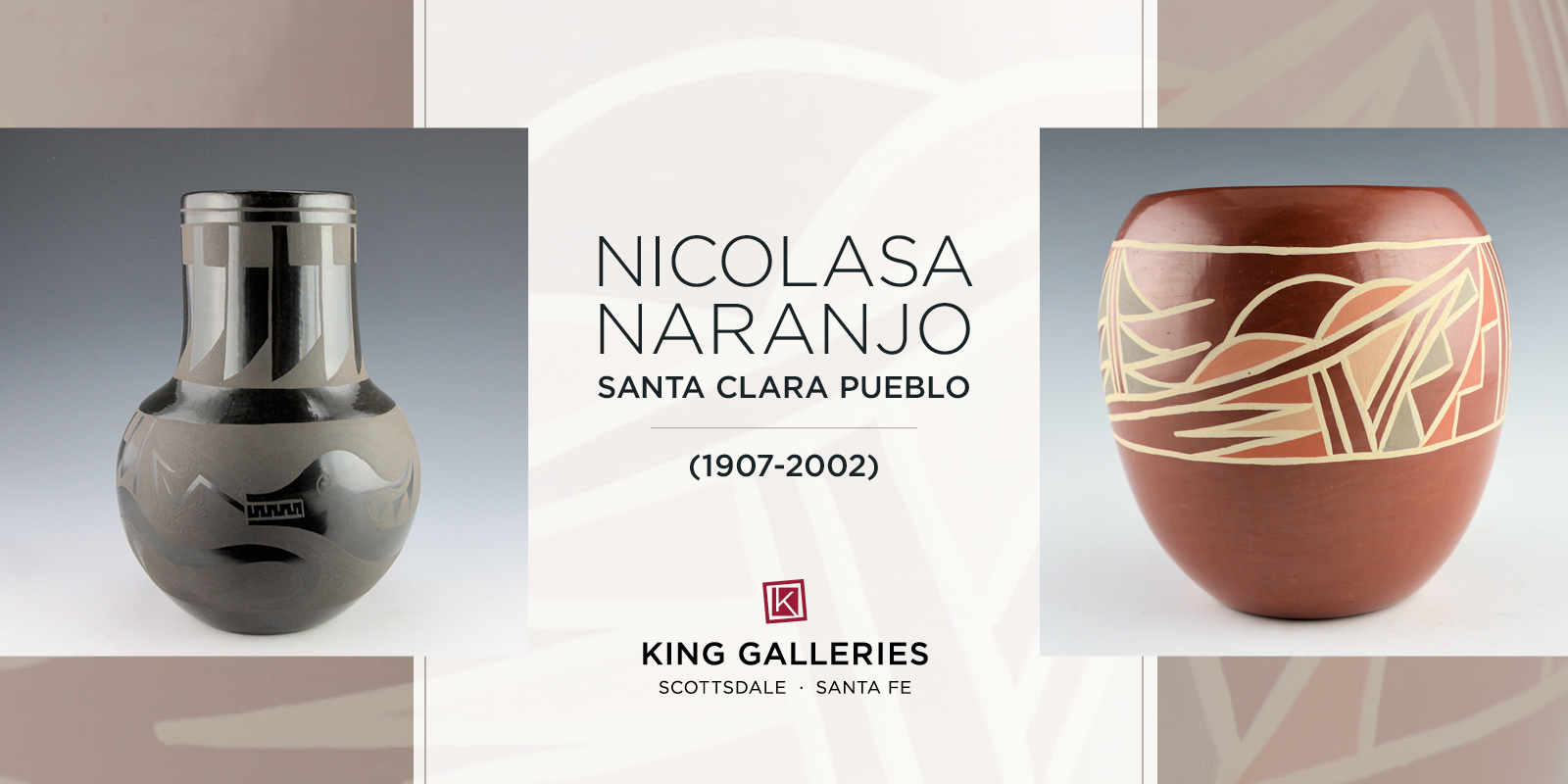 Nicolasa Naranjo was a daughter of potter Tomasita Tafoya Naranjo and a niece of Margaret Tafoya. It was Tomasita who taught Margaret how to make pottery. Nicolasa was known for her larger pottery, painted in the classic black-on-black style.