Thomas Polacca was a son of noted potter Fannie Nampeyo and a grandson of Nampeyo of Hano.  He is considered among the first men to begin making pottery at Hopi in the 1970s.  Interestingly, the men initially did not use the traditional Sikyatki designs but followed other directions in their pottery.  This is one of his most iconic styles with deeply carved designs that are slipped with clay and bee-weed. The goal of his pieces in this style was to make them look more like wood and less like traditional Hopi-Tewa pottery. This bowl has two large figures. Note how he painted the figures to create depth to their bodies. They are surrounded by stalks of corn. The opposite side has a large “basket” that is fully carved.  In it are nine ears of corn.  They are both carved and painted.  The background is also fully designed with small, incised lines. The bowl was traditionally fired so there are slight blushes on the surface.  It is in very good condition with no chips, cracks, restoration, or repair.  The piece is signed on the bottom in the clay, “T. Nampeyo”.  It is from 1980. 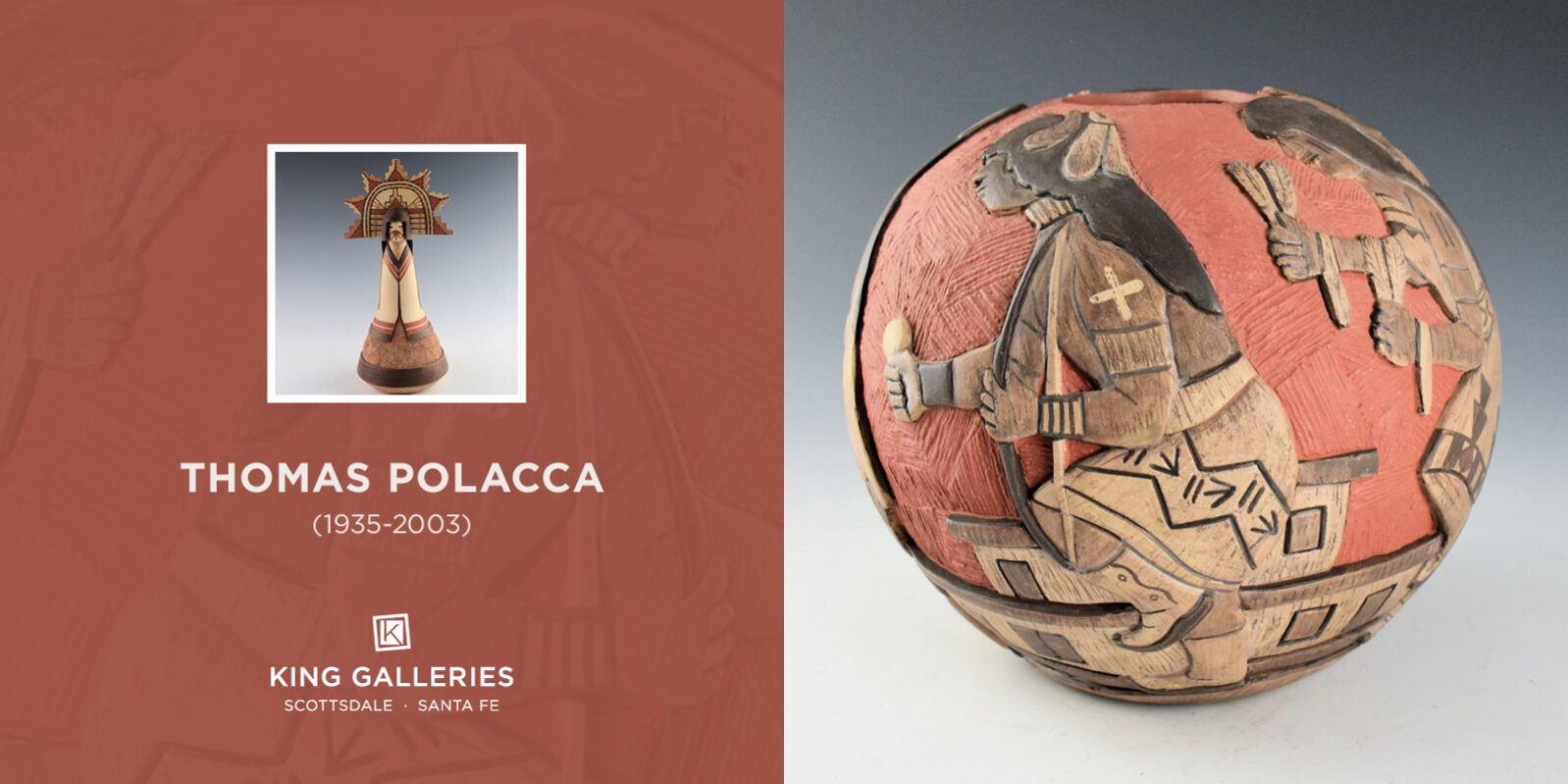 Thomas Polacca was a son of noted potter Fannie Nampeyo and a grandson of Nampeyo of Hano. Along with Wallace Youvella (the husband of his sister Iris), Thomas was one of the first Hopi men to be being both making and designing pottery in the 1970s. Wallace and Thomas told the story that they first tried making pottery with “traditional” designs but there was resistance from the women so they began to create a new style of Hopi pottery, with carved designs, much in the same manner as Hopi Katsinas. Thomas received wide acclaim for his pottery over the years and his work is in numerous museums such as the Heard, the Denver Art Museum and others.