Marilyn Henderson Ray is known for her intricate storytellers and figurative scenes. This is a striking detailed plate. The plate is painted with interlocking butterflies. The center has a fine-line star pattern.  On the back is a lizard. The plate is painted with bee-weed (black).  It is signed on the back, “M. Ray”.  It is in excellent condition with no chips, cracks, restoration, or repair.  There is a first-place ribbon from the 2014 Gallup Intertribal Ceremonials. 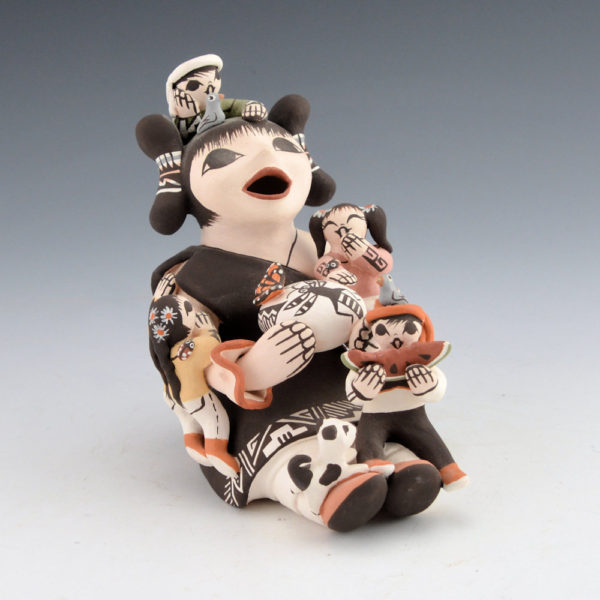 Marilyn Henderson Ray (b.1954) of Acoma Pueblo has been making pottery since 1966. Her creations, most often storytellers, children at play, nativities, animals, and friendship bowls, are some of the most vibrant, fun and animated figurative pottery. Marilyn was taught the craft of making pottery by her grandmother Dolores Sanchez, and Marilyn is the fifth generation in her family to continue the tradition of pottery making. 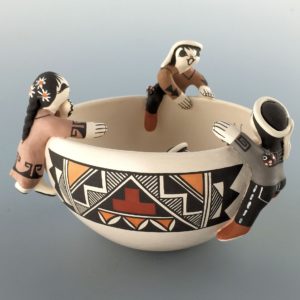