This is a very powerful piece from Diego Romero.  The title of the bowl is “Fallen Angel” and is one of the pieces Diego has created over the years touching on the impact of addiction.  The painting is exceptional with a very simple figure and a very impactful statement created.  The bowl itself has the flared rim and two bands of intricately painted designs.  Diego was one of the potters around 1990 to break away from more classic shapes and styles of pottery. He returned to a pre-contact style of Mimbres culture (1100’s in southwest New Mexico) and was inspired by the open bowl shape. This has been his “canvas” throughout most of his career. The imagery evolves, changes and tells a narrative of his life and interests. It is signed on the rim, “Chongo Made Me, Chongo Painted Me”.  The bowl is in perfect condition with no chips, cracks, restoration or repair.

This jar is currently on display at the Museum of Indian Arts and Crafts for their exhibit:  Diego vs the End of Art.  Through April 5, 2020. 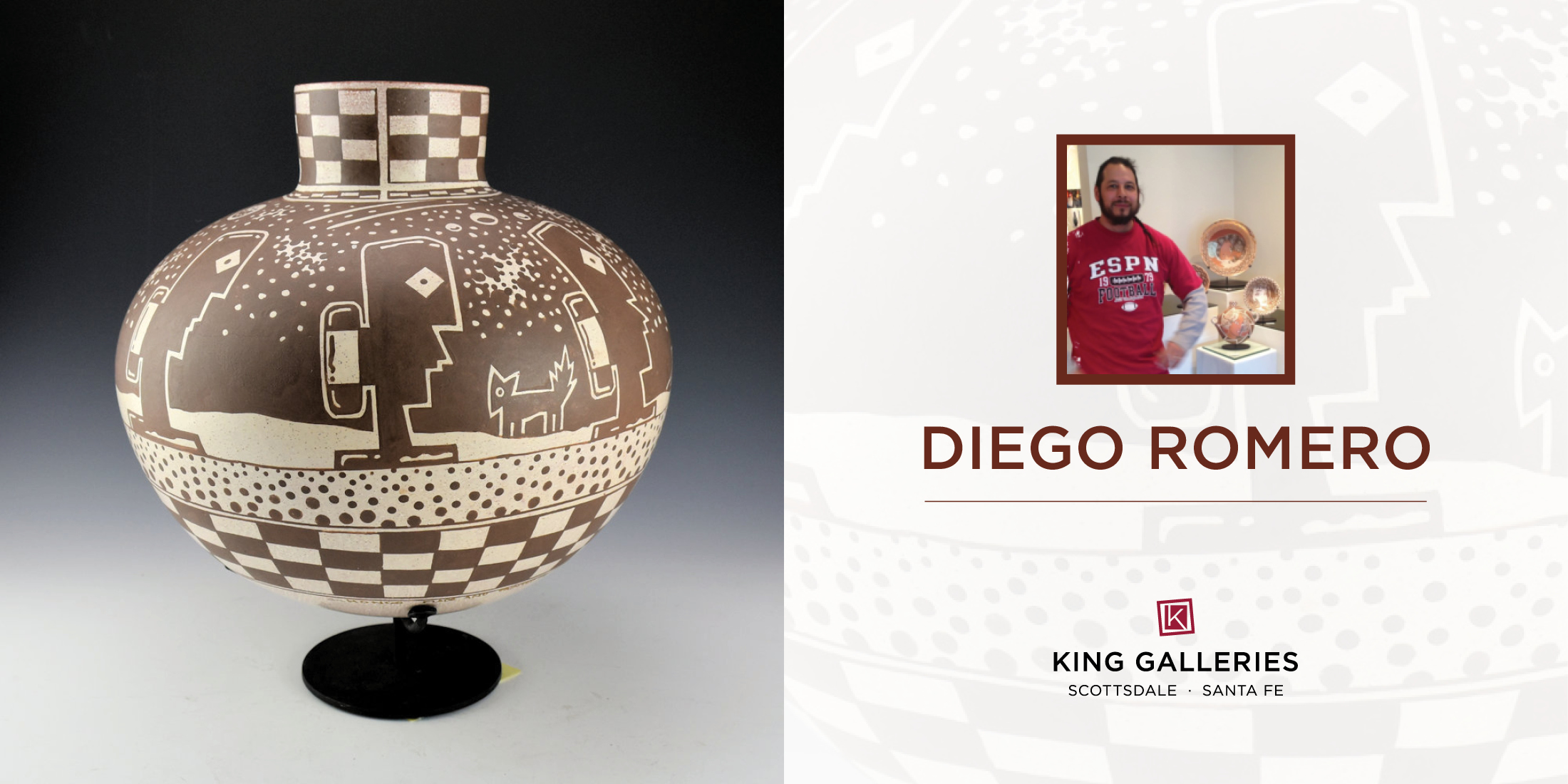