Eusebia Toribio Shije is known for her traditional Zia pottery. This jar is coil-built and painted with native clay slips.  It is a small version of a storage jar shape.  There are two of her classic Zia birds (note the elongated neck).  Below the birds are tan polished cloud designs.  Separating the birds are large agave plants.  Above the plants are double-banded rainbow and cloud designs.  The base is also fully polished.  The piece was traditionally fired.  It is in excellent condition with no chips, cracks, restoration, or repair.  It is signed on the bottom, “Eusebia Shije”. 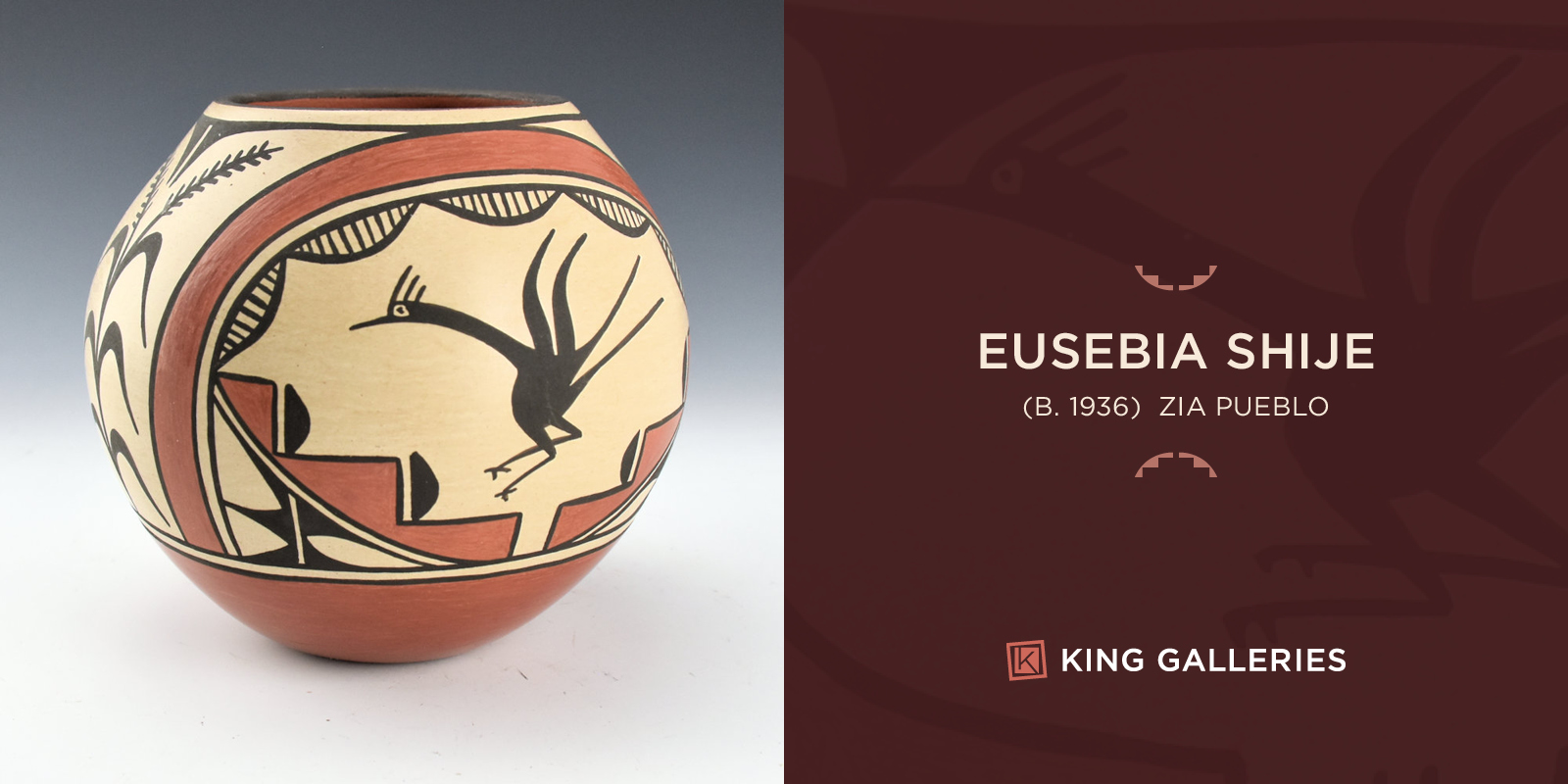 Eusebia Shije (b.1936) has been creating magnificent works of clay art for the past 60 years. Her pottery has won numerous awards throughout the Southwest including exhibits at the Indian Arts Fund for Overall Excellence in 1981, the Richard M. Howard award for Best Traditional Zia Pottery in 1979 and 1980, and has taken first, second and third place for jars and bowls for a number of years in the prestigious Santa Fe Indian Market.