Helen Shupla is certainly most famous for her exceptional melon jars.  However, she is also known for her creative carved and painted vessels. This bowl is round and painted with stylized avanyu encircling the piece.  Helen’s painted black-on-black pottery has boldly painted imagery.  The bowl is from the late 1960s and it is highly polished and fired a deep black.  It is signed on the bottom in the clay, “Helen, Santa Clara Pueblo”.  It is in excellent condition with no chips, cracks, restoration, or repair. 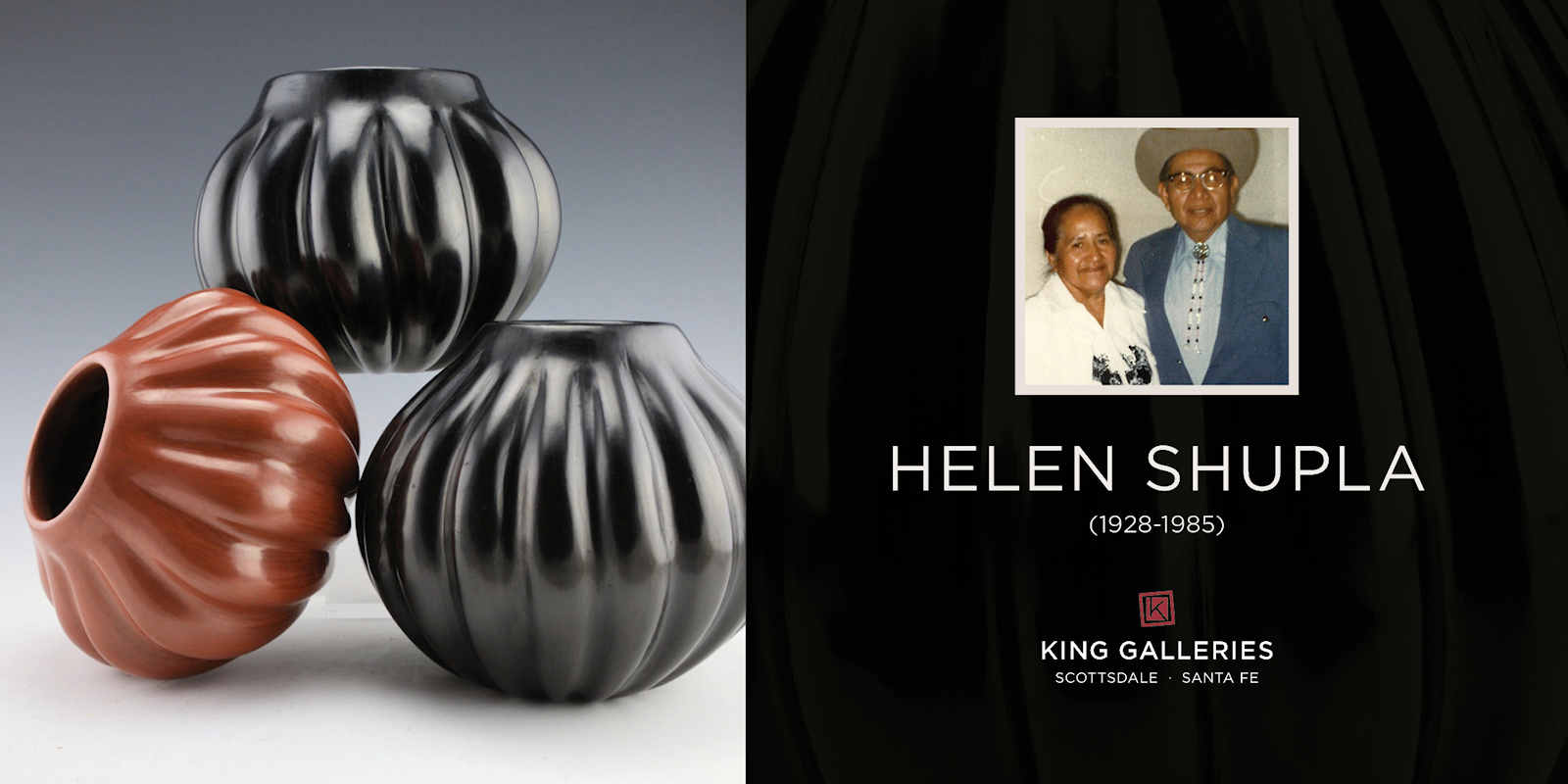 Helen Shupla (1918-1985) is one of the few potters whose name has become synonymous with a particular pottery style; ‘the melon bowl.’ The ribs on her pieces are pushed out from the inside when the clay is wet. That is why there is often a slight turn to the ribs, as they are turned when she would twist her hand against the inside of the clay. As they are based on a natural form, they tend to have a very organic appearance. Helen crafted her pottery in the traditional manner of harvesting local clay, hand coiling, shaping, sanding, and polishing with a stone.  Helen used traditional methods of firing her works in an open fire.  You can find her work in museums such as the Heard Museum and the Denver Art Museum. She was also featured on the front cover of “Talking with the Clay.”

We have revised her birth year based on the 1930 Indian Census (when she was 12 years old).