Paul Speckled Rock is a grandson of Severa Tafoya but learned to make pottery from Joseph Lonewolf.  This seedpot is from the 1984.  It is a very early piece of his pottery.  When he first started to make pottery, he began making unusual shapes, which were very much like “rocks”.  They were immediately distinctive in form and design.  This piece is highly polished and very lightly etched with three roses as the design.  They are highlighted with purple and green clay slips.  The piece is signed on the bottom in the clay, “Paul Speckled Rock”.  It is in very good condition with no chips, cracks, restoration or repair. 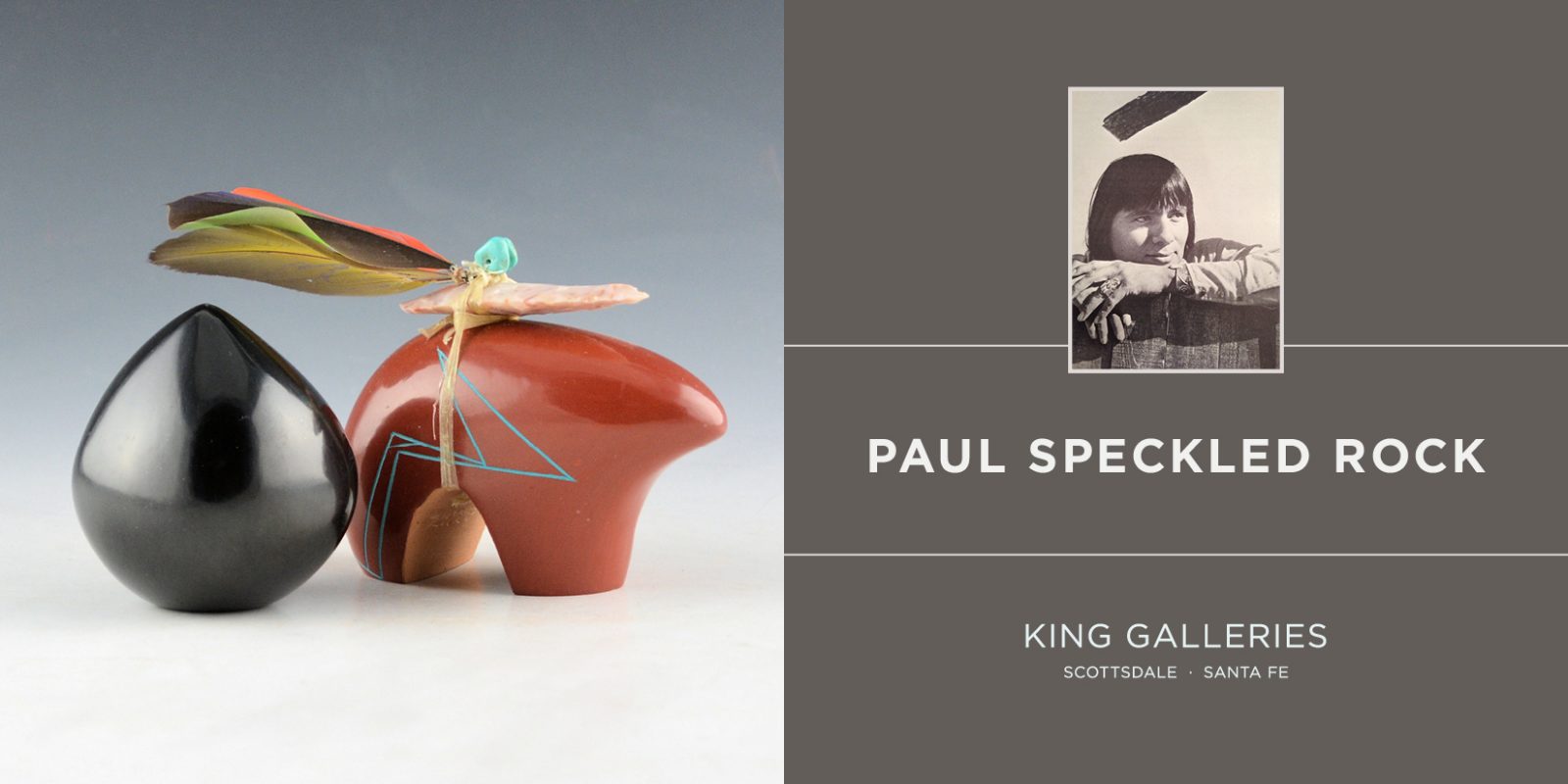 Paul Speckled Rock was a grandson of Severa Tafoya and a son of Tonita Tafoya. His brothers Ray Tafoya and Ken Tafoya, are both well-known potters. He was married to Rosemary Lonewolf and learned to make pottery from Joseph Lonewolf. Paul was also the father of Adam Speckled Rock. He began as a painter in 1973 and made a series of bronzes in 1977. He began to make pottery in 1983. These amazing pieces were very lightly etched and unusual shapes, almost like rocks! While he no longer makes pottery or bronzes, his work remains distinctive and an important part of the history of Santa Clara pottery.