Linda Tafoya-Sanchez is a granddaughter of noted potter Margaret Tafoya and she is known for her carved pottery.  This bowl is carved with sixteen melon ribs extending from the neck to the base.  Each rib is deeply carved into the clay and the entire piece is fully polished.  The bowl was fired to dark black coloration.  It is signed on the bottom, “Linda Tafoya-Oyenque”.  It is in very good condition with no chips, cracks, restoration or repair. 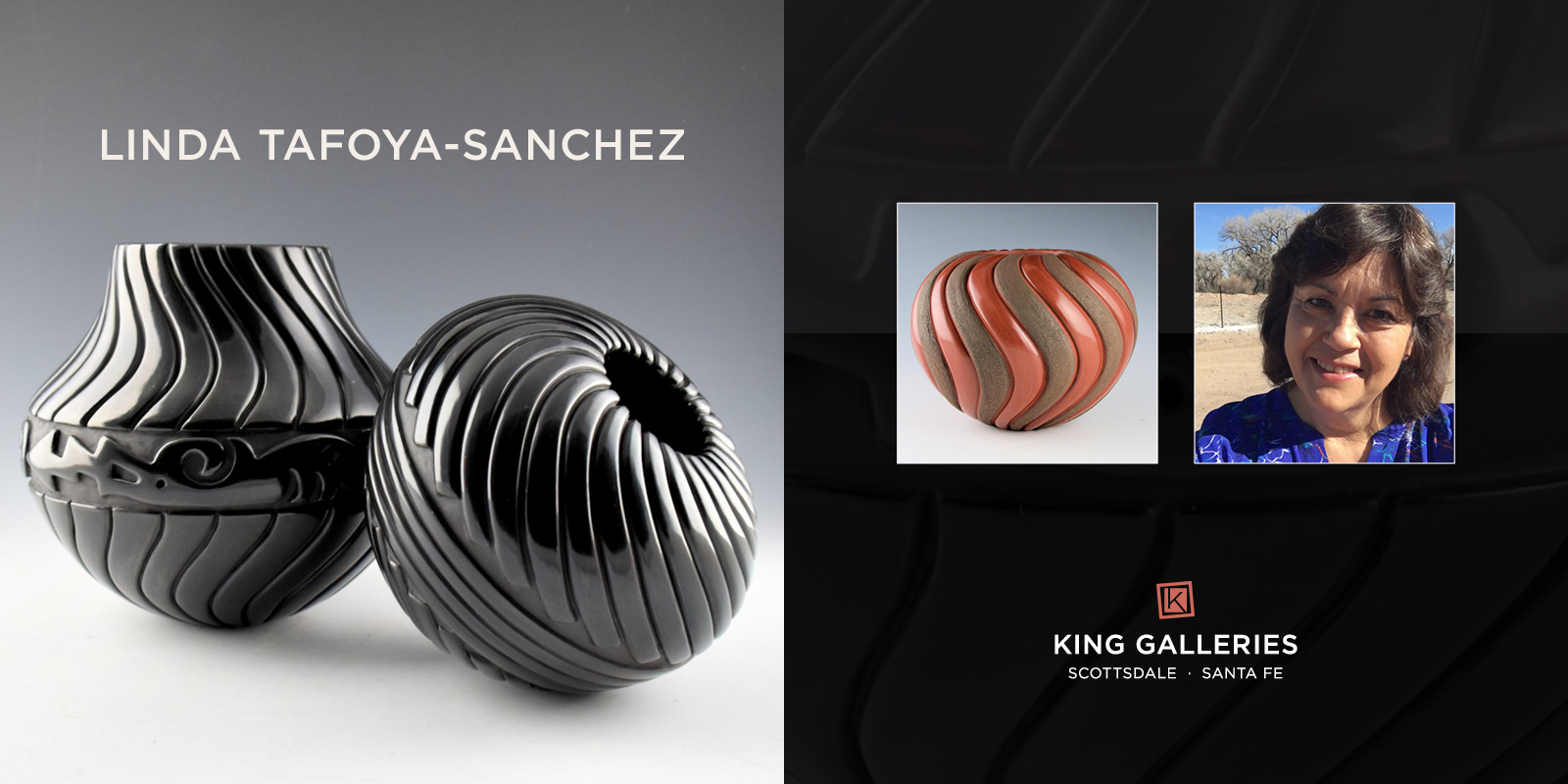