Jason Takala has long been one of the most sought after Hopi jewelers creating the classic double overlay.  Each piece is creatively designed and then cut out of sterling silver or gold and then soldered to the second piece of silver.  This pendant is one of his classic “Man in the Maze” pendants.  It is a double overlay from sterling silver.  The piece is domed so there are actually three pieces of silver, two for the design and one for the back.  It has eight lines which are cut into the silver.  For Jason, this design represents man emerging from the center of the Earth and migrating to the four directions.  It has a handmade bale and it is on a sterling silver necklace.

I’m am pleased to once again be working with Jason Takala.  My parents worked with him for years at our store in Colorado in the 1980s-2000.  His creative and distinctive jewelry, as well as his famous seedpots, are what have made him so famous.  However, it is a great friendship and connection of almost 40 years that is an important part of having his work here in our galleries! 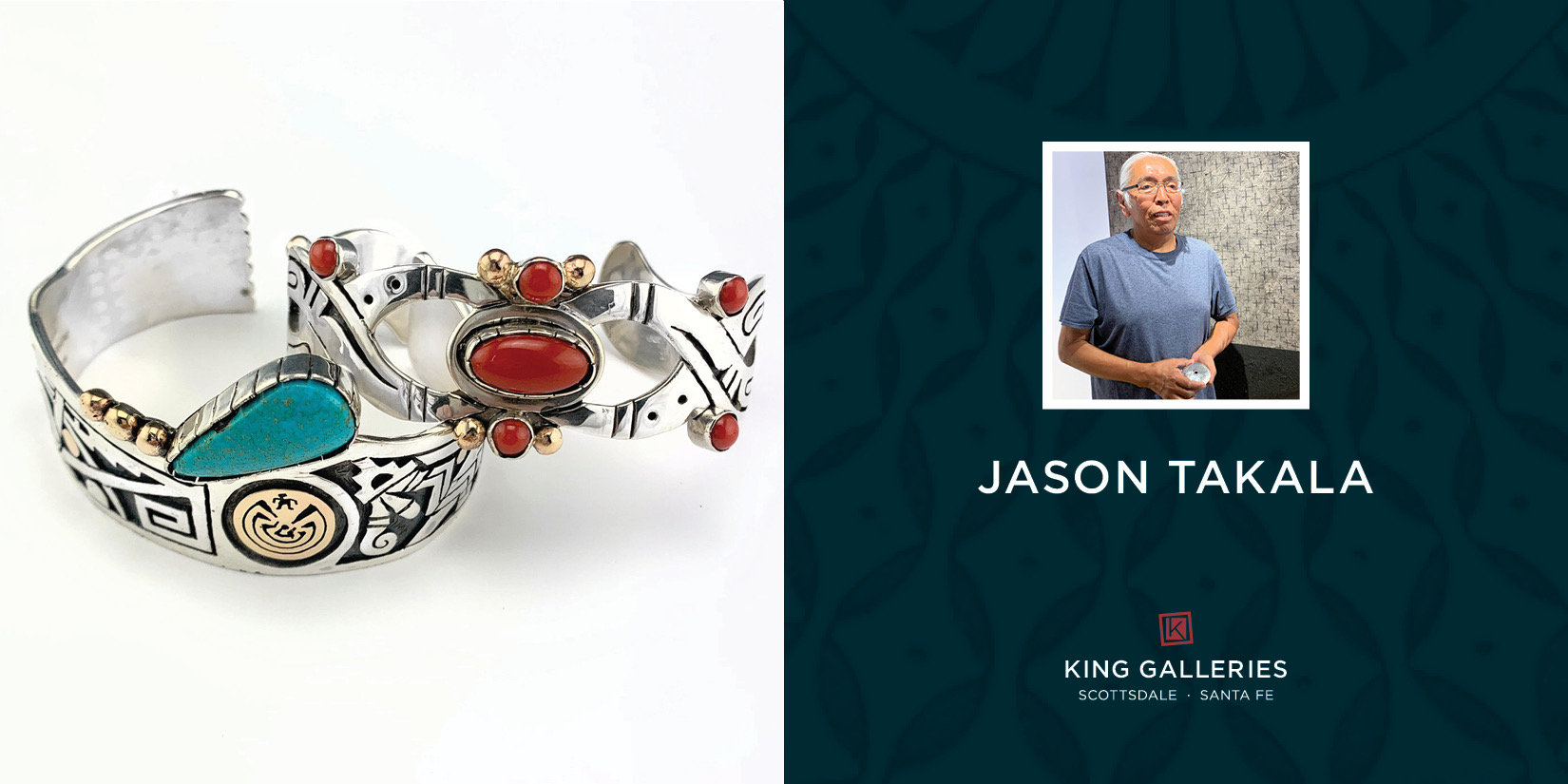 Jason Takala began making jewelry in 1966.  He is the nephew of Bernard Dawahoya and lives in the village of Shungopavi at Second Mesa. He is known for his classic double overlay jewelry in both silver and gold.  Each piece is designed and hand-cut into the silver and then two layers soldered together. In the 1980s, he moved to Old Oraibi on the Hopi reservation, where his wife, Margie, had grown up. "After that, I started creating.  Everything is so calm there, and your mind goes to a different level. It all came to me then.  I take my direction from the silver. In a sense, it talks to me." Takala is known for his man-in-the-maze design, which represents man emerging from the center of the Earth and migrating to the four directions. All his intricate cutting is done by hand.  Each piece is signed on the back with his hallmark, which is a snow cloud. I'm pleased to be representing Jason's work in our gallery. My parents began working with him in the early 1980s at our gallery in Colorado. Now, almost 40 years later, we are again working together!