Joseph Lonewolf (1932-2014) is one of the great names in Santa Clara pottery.  He began making pottery in 1970 and by 1971 he won his first blue ribbon at the Gallup Inter-tribal ceremonials.  His pieces were coil built, stone polished, sgraffito etched with designs, and traditionally fired.  He quickly became famous for his “pottery jewels”.

Luckily, throughout his career, he dated his pottery. Each piece was signed on the bottom with his name, the Lonewolf “logo”, the date, and a number.  The numbering system indicated the year and number of pieces made that year.  Beginning in 1979, he started to change from dating his work to using a “yearly symbol”.  Each piece made that year would have that same symbol etched into the clay.   He would describe each character and symbol in the typewritten card he would make for each piece of pottery.  Today, while many of the cards are lost, but they remain an excellent source of information about his art and the meaning of the symbols.

This article is the first to provide the name and image of each year’s symbol.  The information below should be helpful to date Joseph’s pottery between 1979 and 2001.  The idea for a “yearly symbol” seemed to get off to a slow start.  In 1978, all the pieces were dated.  In 1979, the pieces combined a date and the yearly symbol.  In 1980, all the pieces were dated and there is no evidence of a yearly symbol.  Then in 1981 the pieces again began to have a ‘yearly symbol’, beginning with the feather and tears.  Starting in 1982, each year would have a different symbol.  In the list below, there are a few images and years missing, and I am continuing to look for those to add to this list to make it more definitive.  My resources have primarily been Joseph’s artist’s cards.

After 2001, I haven’t been able to find any of the yearly symbols used on his pottery.  Joseph began to make fewer pieces after 2001.  I’m not sure if he continued to use the combination of daisy/sunflower design or another symbol that isn’t here.  Any additional information on these later pieces would be welcomed to make this article more accurate. 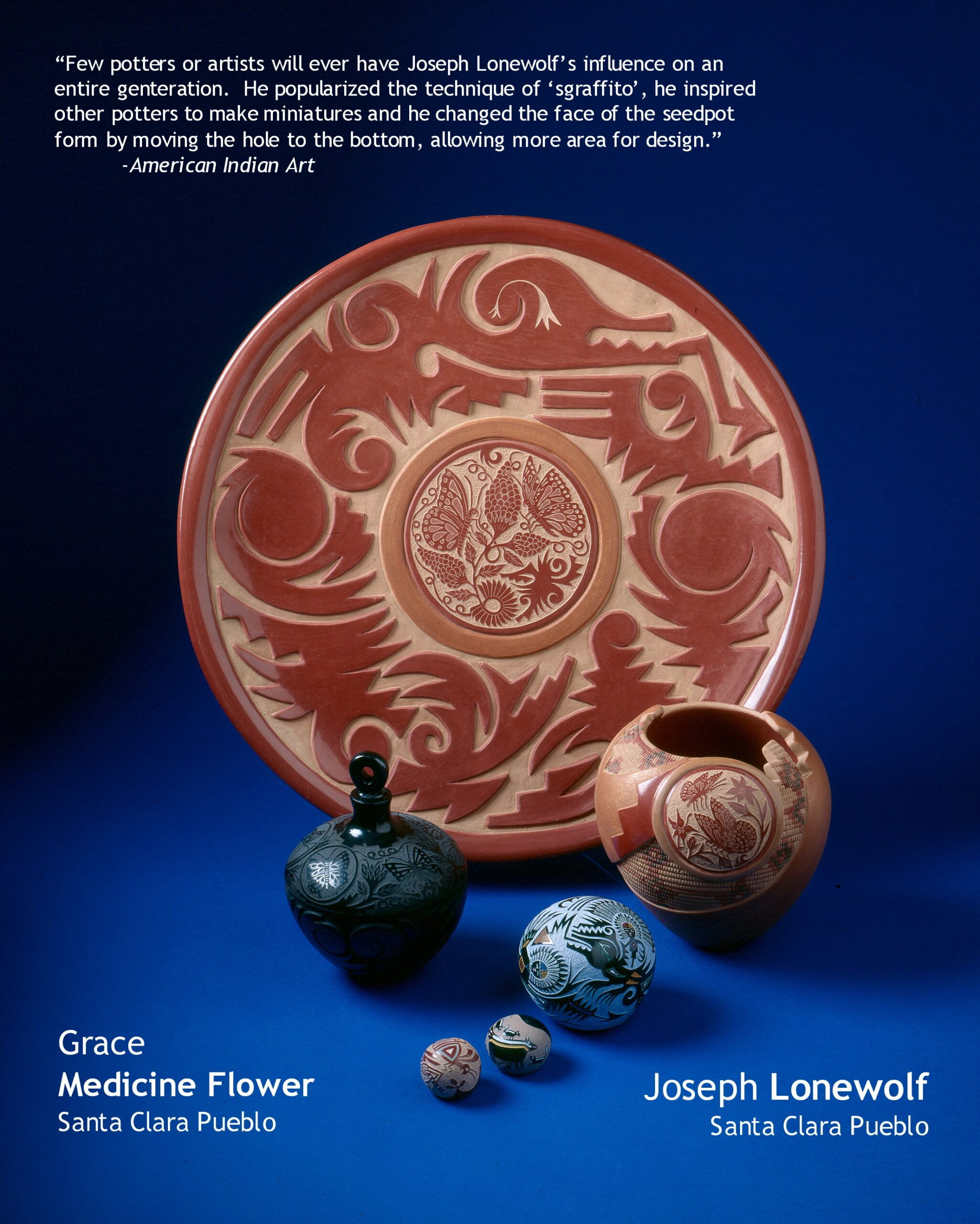