This bowl by Luther Gutierrez and his daughter, Pauline Gutierrez Naranjo is definitely a  rarity!  Pauline made pieces in conjunction with her father, Luther, in the 1970s.  This bowl was made by her and then painted by Luther.  The exterior and handles are slipped red while the interior is painted with various clay slips. There is a frog in the center surrounded by an avanyu.  Note the exceptional complexity of the design on the avanyu!  All the different colors were derived from clay slips.  The bowl is signed on the bottom, “Pauline / Luther”.  It is in excellent condition with no chips, cracks, restoration, or repair.  Definitely a piece of history!

Luther Gutierrez (1911-1987) was a son of noted potters, Lela and Van Gutierrez. He began painting his mother's pottery in 1956. They worked together until 1966, and then he began painting the pottery of his sister, Margaret. Their pieces are signed, "Margaret/Luther." Over the years they won numerous awards for their distinctive polychrome pottery. 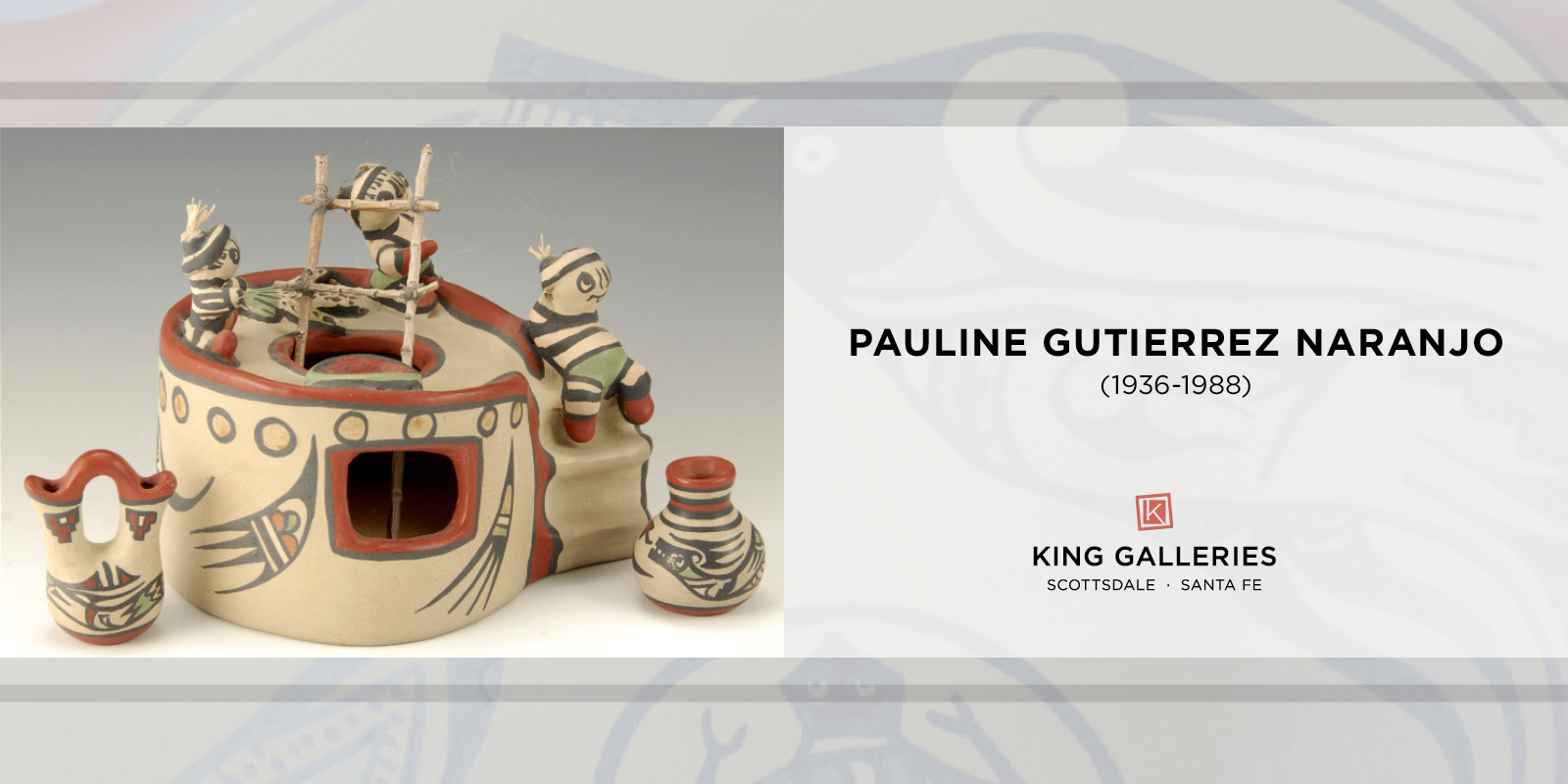 Pauline Gutierrez Naranjo was a daughter of noted potter Luther Gutierrez and a sister of Paul Gutierrez. She was the mother of potter Stephanie Naranjo. She worked with her father, Luther, and her aunt, Margaret, on their pottery in the 1970's. She made very few pieces on her own.