Bobby Silas is creating revival Siktayki pottery using similar clay and firing techniques to those pieces created between 1100 and 1600.  Are you familiar with Sikyatki? In Hopi, Sikyátki means “Yellow House” and it is known for its distinctive style of pottery.  The vessels were large and painted with a wide variety of designs. It was this pottery which was excavated beginning in 1895 which inspired Nampeyo of Hano to create her own stylized versions.  Bobby has been making his own coil built pieces from clay local to Hopi and painted with natural clay slips and bee-weed/mustard plant for the black.  Interestingly, he has taken the time to seek out the local lignite coal which the Siktayki potters used to fire their pottery.  It burns hot and gives the pieces a distinctive coloration and it is also a very high firing, which makes them very hard.  In terms of designs, Bobby says that he seeks out both older pieces and looks at older designs for inspiration.

This large jar is a classic Sikyatki shape with the very wide shoulder and slightly turned out rim.  This large jar is thin-walled and painted with a variety of designs.  Each vertical band of designs has eagle tails, bird and hatchwork designs.  The larger painted panels which are the classic “eagle tail” design.  Bobby said that he thinks that they are Flickertails, as the birds tail design represents the speed of one’s prayers and the Flickers are fast!  The various colors are all derived from natural clay slips.  The painting on his pottery is interesting as if you look closely it has a more “painterly” appearance as he is using the older red clay seen on Hopi-Tewa pottery before the 1930’s.  The jar itself has off-white coloration from the firing and there are blushes across the surface.  Because of the use of lignite coal, the blushes are different in coloration from the classic manure firings.  If you are like me, I have to stop and adjust my view to understand the variation in firing techniques and how they impact the color of the clay.  The jar is signed on the bottom with a coyote track (Coyote Clan) and his name.  The has a round base and there is a museum mount for it so that it can sit at an angle to show off the complex patterns. 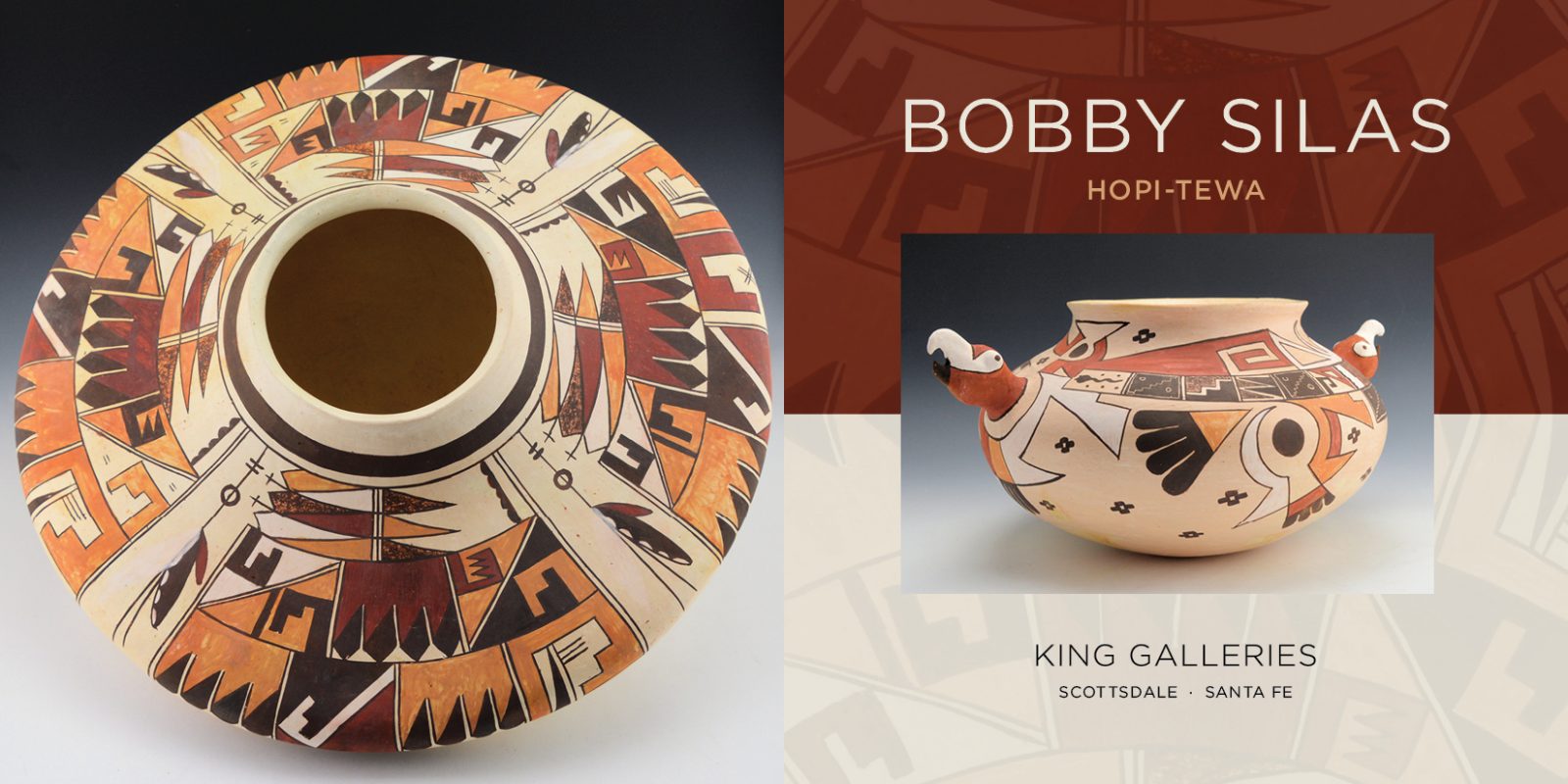