WOW!  This is an extraordinary large storage jar by Bobby Silas.  He is a creative potter reviving ancient designs for his contemporary pottery. He had originally learned to make pottery in 2004-5 when he attended Zuni High School.  While he is Hopi-Tewa, he is again living in Zuni and has made a series of pieces inspired by classic Zuni shapes and designs.  This jar has a narrow base and a high shoulder. The jar is coil built and the shape is wonderfully symmetrical.  Bobby said he was influenced to create the undulating rim by some of the historic vessels where the rim is uneven.  He has created a similar concept with a refined appearance.  The jar is detailed in design with large rosettes, rainbirds, and plants. The rainbirds are above and below the parrot or bird band. Note how they swirl around and the surrounding designs create the feathers!  The Zuni birds are a new addition to his pottery.  Bobby said that he had been reading that Zuni potters would often create their own style of bird that would become a visual “signature” to their pottery.  This bird is his “signature” design.  Around the neck of the jar are larger rainbird and prayer feather designs.  They are highlighted with red clay to create thin lines.  One thing you might notice on the jar is how the clay shows through the white slip.  Bobby does this on purpose as he wants his pieces to have a similar look to historic Zuni pieces not quite such a “refined” appearance.  It’s great to see him reviving these designs with such strength, delving into the past for inspiration.  The jar is signed on the bottom, “Silas”. 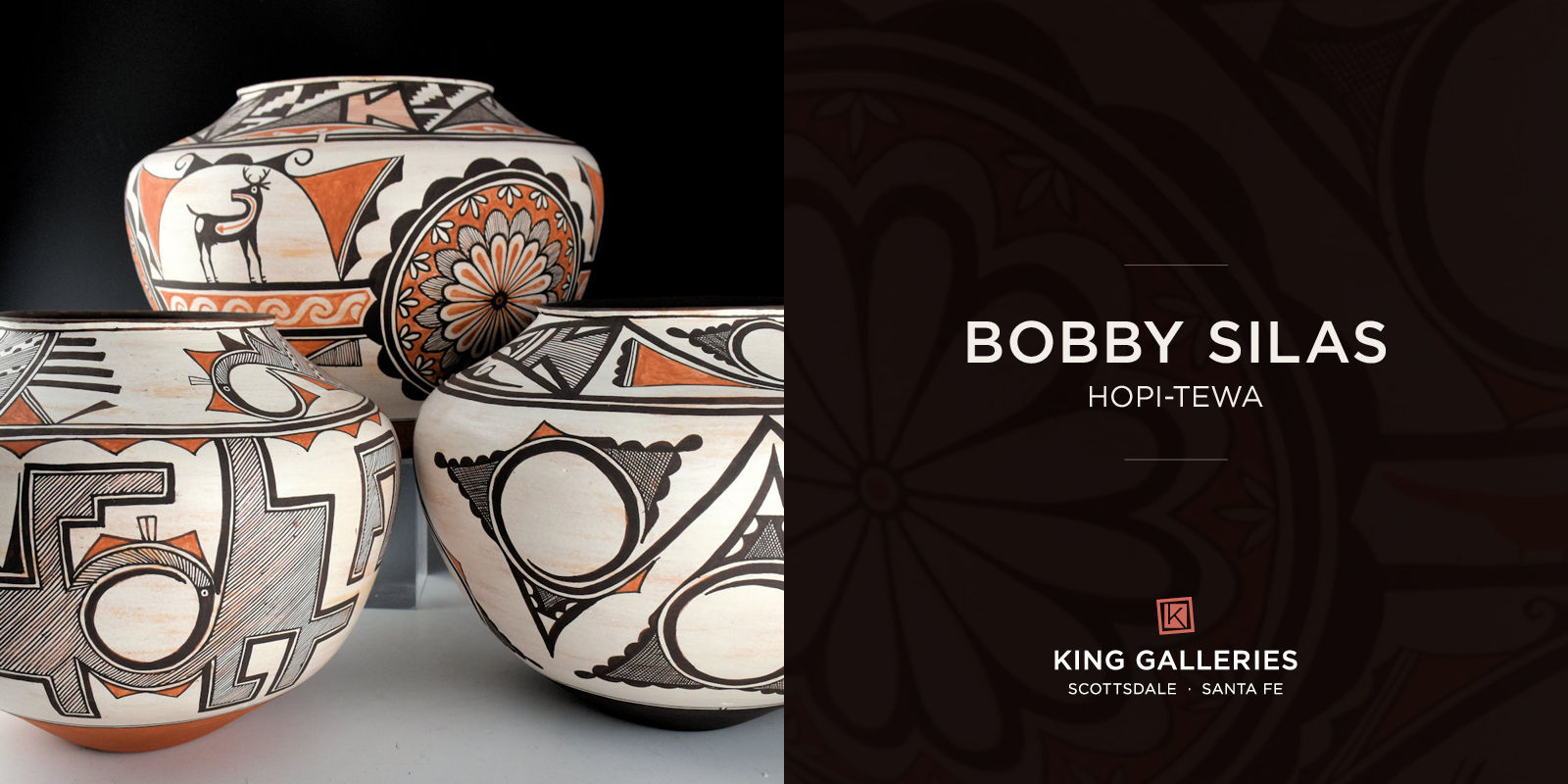