Shirley “Cactus Blossom” Tafoya was famous for her miniature pottery.  Each piece is coil built, stone polished, and traditionally fired.  This is one of her few plates.  It is fully polished in the front and back.  There is a bear paw impressed into the center of the plate and it is also fully polished.  The plate was fired red.  Shirley was so wonderfully talented and her miniatures were among the most refined for their size and appearance.  This piece is signed, “Shirley Cactus Blossom Tafoya”.  It is in excellent condition with no chips, cracks, restoration or repair. 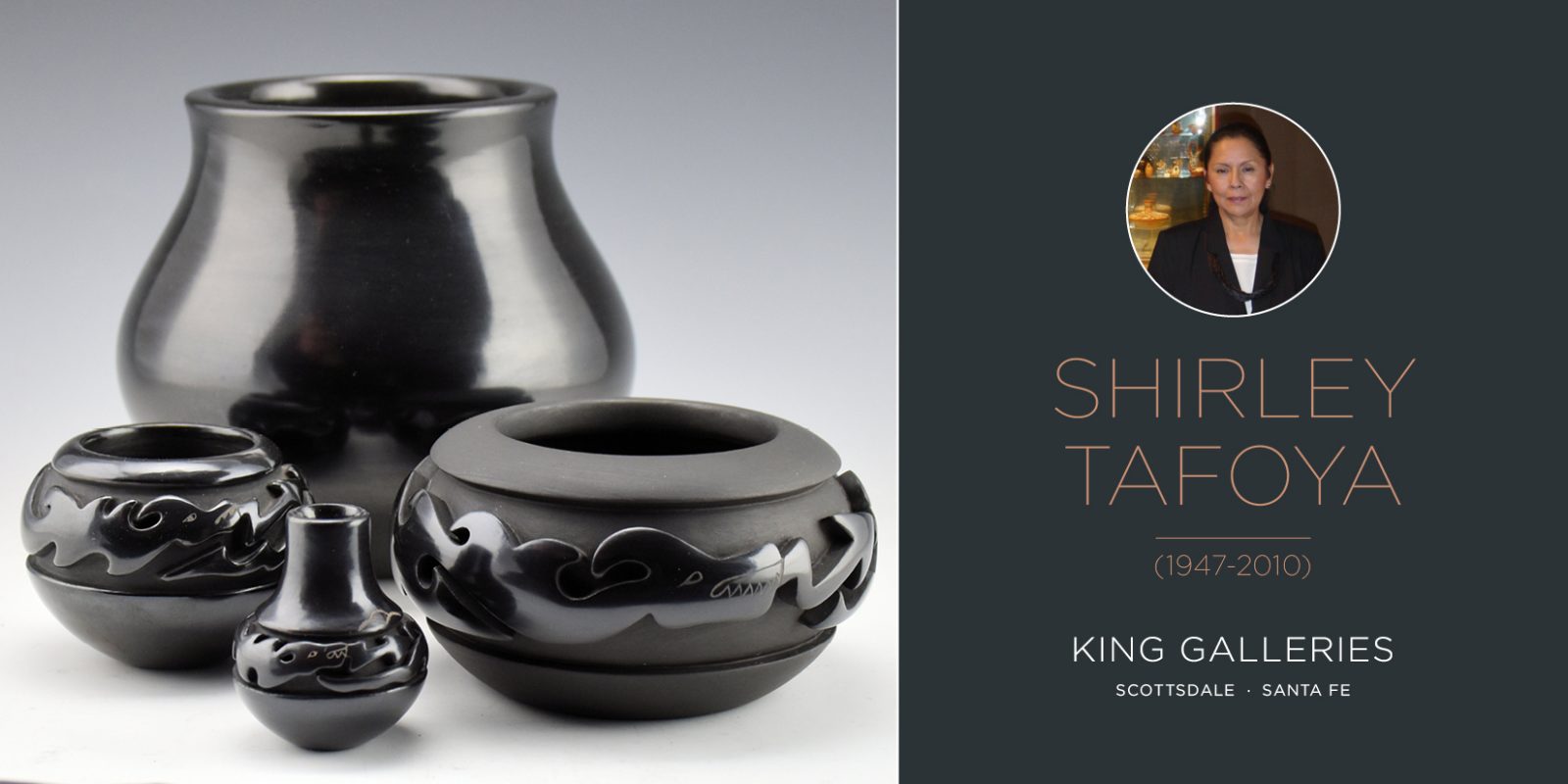 Shirley Tafoya began making pottery full-time in 1971-2. She decided to concentrate on making miniature versions of the large vessels her mother, Margaret Tafoya, was known to produce. Shirley would work to make them as small, thin-walled and elegant in form as possible. The picture of Shirley is from one of our Gallery Shows with Shirley and LuAnn in 2001. You can read more about Shirley in the book, “Born of Fire.”