This is a spectacular large jar by Mark Tahbo.  He was known not just for his painted pottery, but especially for the blushes on his pottery from the firing.  This bowl is from 1998.  It is a large piece with one of his classic shapes.  It has a narrow base and a very flat top. Mark worked hard to create large, wide shoulder bowls with the top as flat as possible.  The challenge was that the flatter the top, the more likely it would crack during firing or fall or warp when it was drying.  This bowl is painted with bee-weed (black) and a dark red clay slip. The bowl has four eagle tails painted on the top in a more modernist style.  Mark was often trying to modernize and create his own stylistic elements based on traditional designs.  The bowl was traditionally fired with exceptional blushes on the surface.  Mark was masterful at firing and always wanted to achieve dramatic blushes on the surface of his pottery.  When they turned out with variations like on this jar, from white to deep orange, he was the most pleased.   Mark told me about his plainware work:

“My first plainware pieces were done years ago. I was sure that these would be well received and gallery owner Charles King took a chance with them. They were an immediate hit!  I don’t do very much plainware for it has to be flawless.  The surface has to be free of all dips or air holes and the shape has to be elegant on its own, as there is no design to distract the eye.  The colors achieved on the pots are truly amazing.  Each piece is fired outdoors using sheep dung and coals.  I love it!”

The jar is signed on the bottom “Mark Tahbo” along with a pipe for Tobacco Clan.  It is in excellent condition with no chips, cracks, restoration, or repair.  The bowl also has a blue ribbon from the 1998 Gallup Ceremonials.  The ribbon is signed by Charles King and Robert Nichols.  I this bowl when we were judging that year.  It was so perfect in form and the blushes were so dramatic it was unforgettable.  Robert was as excited by the piece as I was and so it was “unanimous” to give it a blue Ribbon in Hopi-Tewa pottery.  It’s great to have this piece in the gallery after all those years! 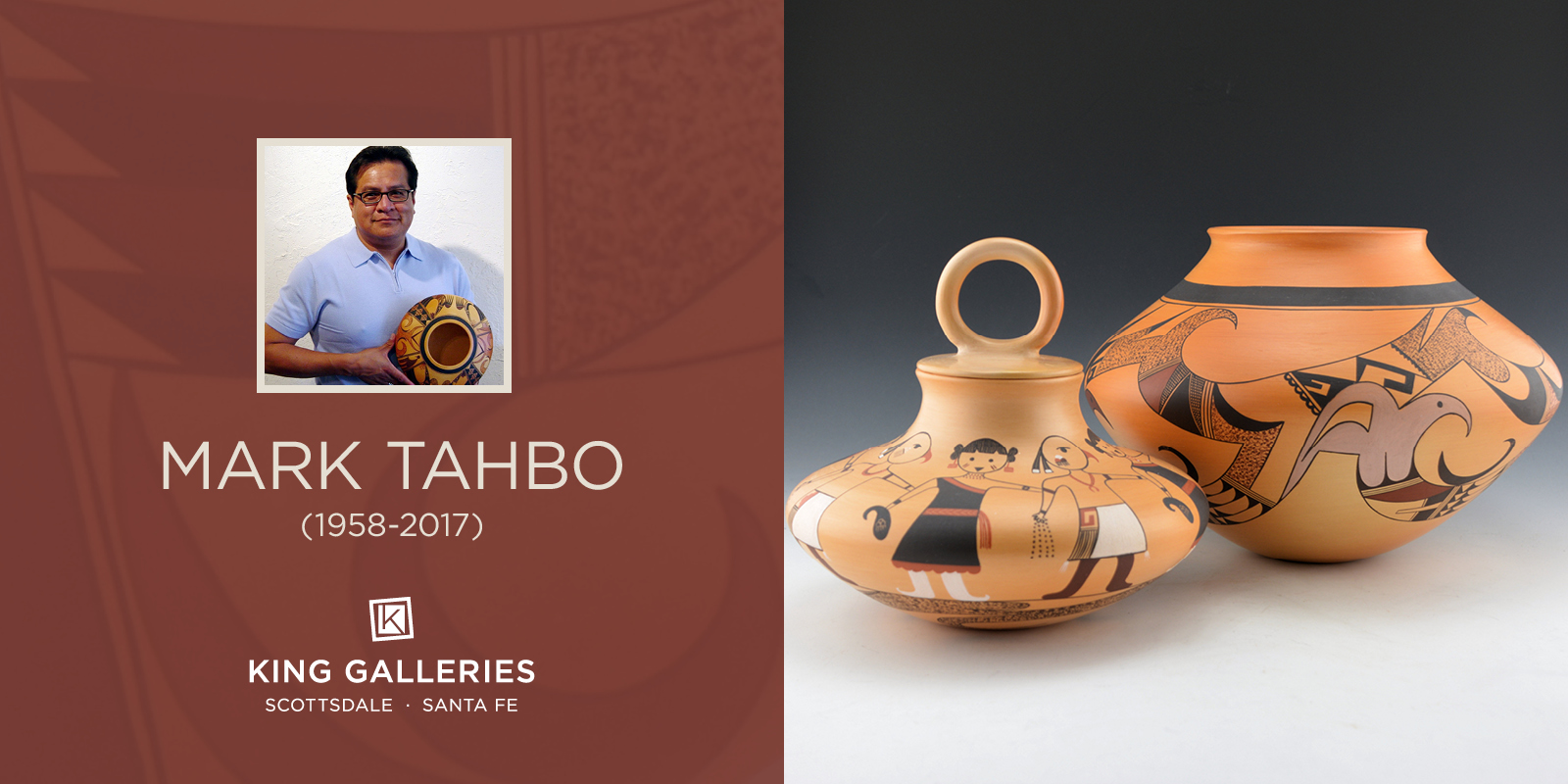 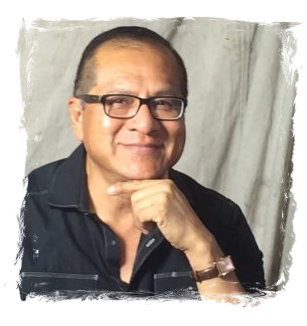 Mark Tahbo was a Hopi-Tewa member of the Tobacco Clan.  He had been an active potter since 1978. He learned to make pottery from his great-grandmother, Grace Chapella.  His sisters Diana and Pam were also potters.  Mark was influential in the early 1990s in recognition of Hopi pottery's traditional firing and keeping it as a practice among Hopi-Tewa. Mark had won numerous awards for his pottery at Santa Fe Indian Market, the Heard Indian Market, and Gallup Ceremonials.  In 1991, he won the Overall Prize at Santa Fe Indian Market.  In 1992 he was awarded Best of Division at the Heard Museum Indian Fair. Awards continued to be presented to him in 1993 and 1994 and later. His pottery is featured in books such as "Talking with the Clay" and "Collecting Authentic Indian Art." He is remembered as one of the exceptional traditional innovators of Hopi pottery.  His pieces reflect the wonderful symmetry and thin walls of an excellent potter. The designs are painted using native clay slips and beeweed plant for the black. Sadly, Mark passed away in December 2017.  We were lucky to work with him at King Galleries for over 20 years.  His creativity and artistic genius will be missed.