Felix Vigil is Jemez Pueblo and Jicarilla Apache. His paintings are typically mixed media on board.  He applies layers of paper for texture then paints with acrylic.  The result is a fluid surface which has texture the appearance of somewhere between watercolor and acrylic.  This painting is entitled, “Rain Makers.” It has stylized rain motifs across the surface, from the corn to sun and fish and other figures.  The sides of the painting are painted so it doesn’t require a frame.  It is signed in the corner.  Felix says of this painting:

The Rain Makers celebrates the life giving force of rain….of water. Water is essential for all life to exist. 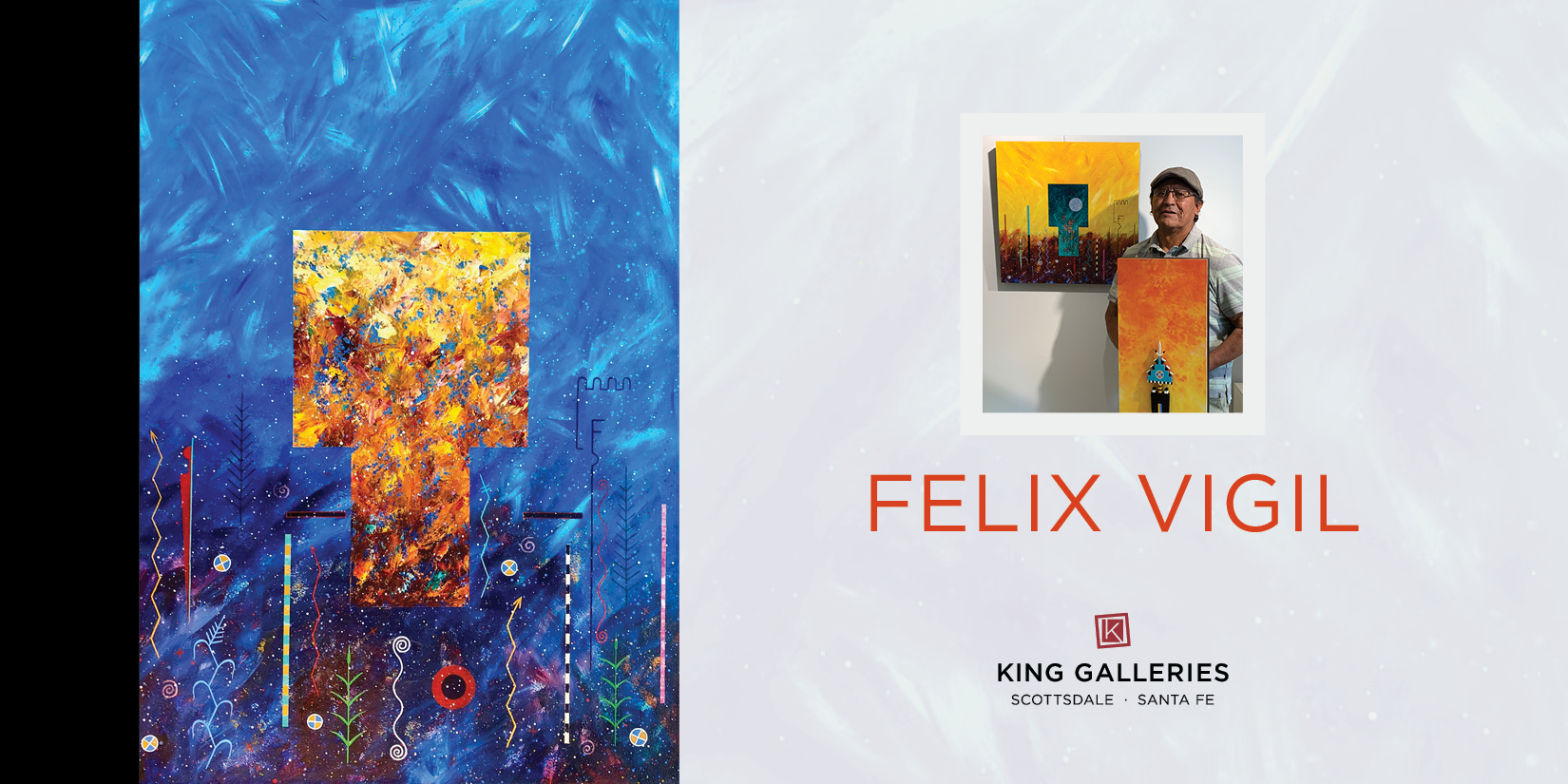