This is a creative double shoulder water jar by Daryl Whitegeese.  Daryl said he was inspired by the shapes of the water jars made by his grandmother, Margaret Tafoya, but wanted to try a new variation.  The jar has a double shoulder.  The lower shoulder has a sharp edge and the jar curves inward and then back out to another sharp edge.  It creates a striking visual profile.  I wrote of the rainbow ridge on Santa Clara pottery:

“Sarafina was inspired by the legends of Santa Clara Pueblo, which were incorporated into her pottery. On the shoulder of her water jars, a second raised section or ‘double shoulder’ created a ‘rainbow band.’ This band was a prayer to keep the water from evaporating from the jar.” —Charles S. King 2008, Born of Fire: The Life and Pottery of Margaret Tafoya

The jar is highly polished and traditionally fired a deep red coloration.  id you know that the red is always more difficult to fire than the black pottery, which is why you tend to see fewer redware pieces.  The jar is signed on the bottom, “Daryl Whitegeese”.  Definitely a classic piece keeping the Tafoya family history alive!  Daryl won “Best of Pottery” at the Heard Museum Indian Market in 2019! 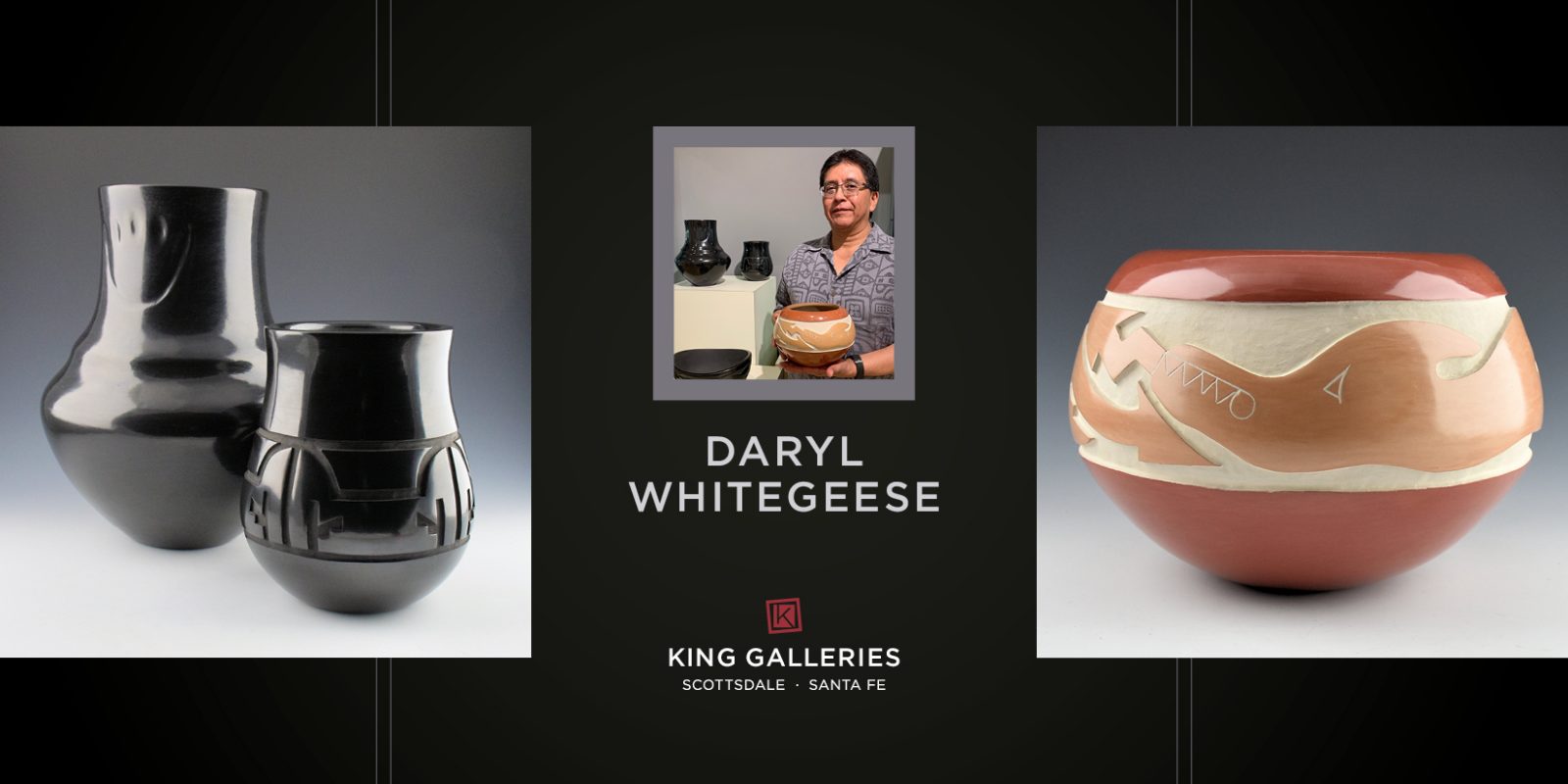 Daryl Whitegeese is the son of noted potter LuAnn Tafoya and the grandson of Santa Clara pottery family matriarch Margaret Tafoya. Daryl has committed himself to create classic Santa Clara pottery.  You can see the expert polish and shape that his mother and grandmother handed down to him.  He creates traditional pottery where each vessel is coil built, sanded shaped and carved, then stone polished and native fired. He has built his reputation on reviving historic shapes and designs in his pottery and a distinctive style of carving and highly polished surfaces. He has won numerous awards for his pottery over the past several years at Santa Fe Indian Market and the Heard Indian Market. At Santa Fe Indian Market, he was awarded the “Utilitarian Pottery” special award. In 2014 Daryl won “Best of Pottery” at the Heard Indian Market.  In 2019 he won “Best of Pottery” at the Heard Indian Market.