A Brief History:  In 1900, San Ildefonso Pueblo, New Mexico, was a small village with only 30 households.  Pueblo pottery production had significantly declined in its creation for practical purposes, and in the 1910 census, there were only eight women who were potters by occupation. Around this time, ethnographers such as Kenneth Chapman and Edgar Hewitt began to encourage potters at San Ildefonso and other pueblos to revive this dying art form.  Those who were already making pottery were urged to examine prehistoric vessels and restore this imagery.

These designs, along with imagery from other historic pottery, were used as a foundation for this revival by Pueblo pottery innovators.

Around 1919-1920, Maria Martinez and her husband Julian Martinez discovered/invented the now-classic style of black-on-black pottery.  Despite the folklore that it was a secretive process, they quickly shared the information about how to make this style of pottery, and it revolutionized the economy and life of the Pueblo.  It was an exciting time for potters. They had an entirely new process for making pottery, new designs, further information, and a newly developing market for their folk art pottery in places such as Santa Fe and Taos, New Mexico.  It was in this period of the 1920s to about 1940 that the potters were unencumbered by “tradition” and looked beyond the Pueblos for inspiration.  The result was amazing originality in the designs and shapes of their pottery.

In the Pueblos at this time, women would typically make and polish the pottery, while the men would paint the designs on the surface.  While Maria and Julian excelled as potters and promoters and eventually became world-famous, other potters such as Susana Aguilar, Ramona Gonzales, and Tonita Roybal were all vital to the rapidly changing pottery movement.  In the 1930’s the pottery of San Ildefonso would change further as a few men married women from other Pueblos.  These women brought a new dimension to work already being created.  Rose Gonzales (San Juan), Rosalie Aguilar (Picuris), and Juanita Gonzales(Taos) were among the first potters to begin carving into the clay to create their designs instead of painting imagery on the surface.  They added another dimension to what could be done with the clay and created a stylistic change that still reverberates through the pottery market.

While there was a vibrancy to this period of work, it did not last long. The Great Depression of the 1930s and World War II reduced the demand for pottery, which had been growing throughout the 1920s.  Many of these remarkable potters and painters passed away by the late 1940s, and many of their original shapes and designs disappeared from memory. It would be the next generation of potters starting in the 1950s, and especially the 1960’s, who would look to Maria Martinez, the one constant for nearly a century, as the bridge between the first pottery revival and arrival of Pueblo pottery as fine art.  But for this next generation, the innovation and experimentation of their parents and grandparents would now be viewed as the traditions of the past.

For more information, click on any of the images below: 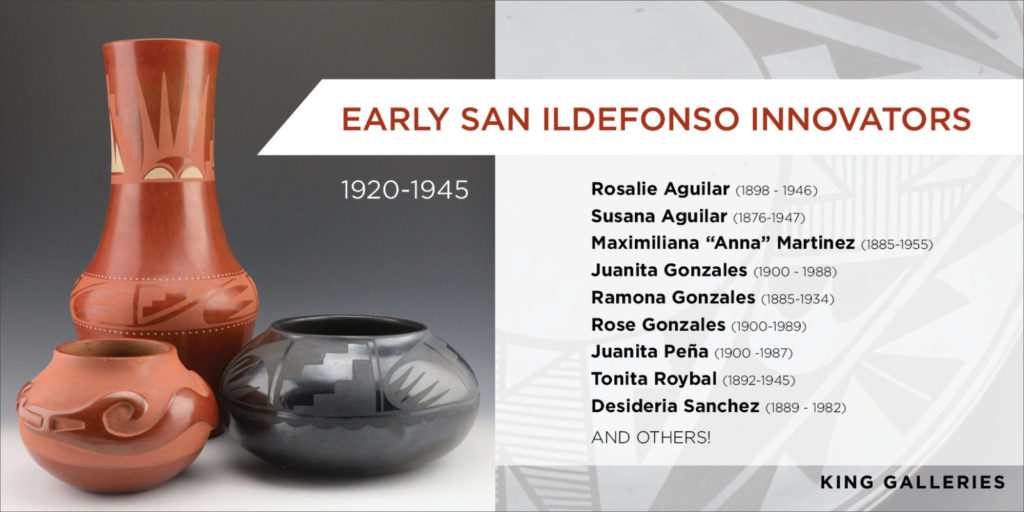 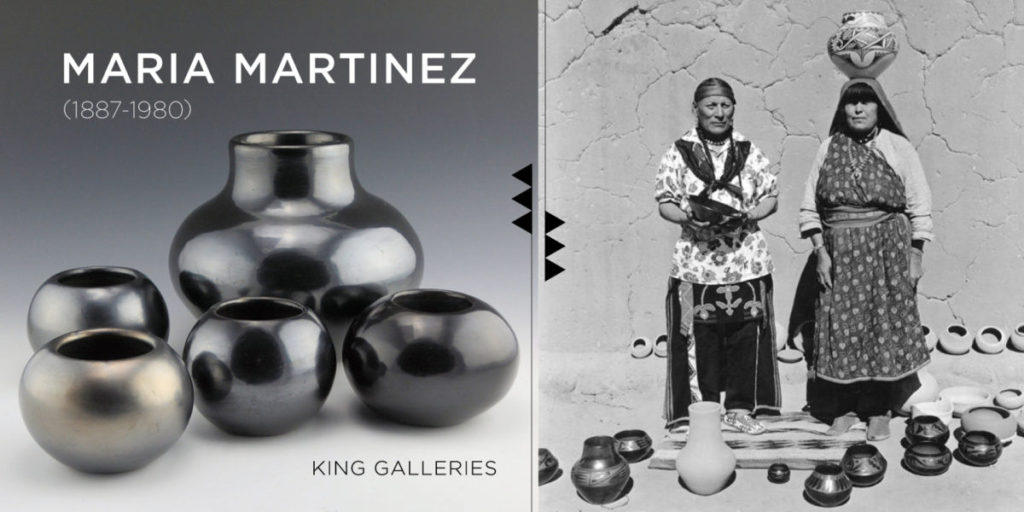 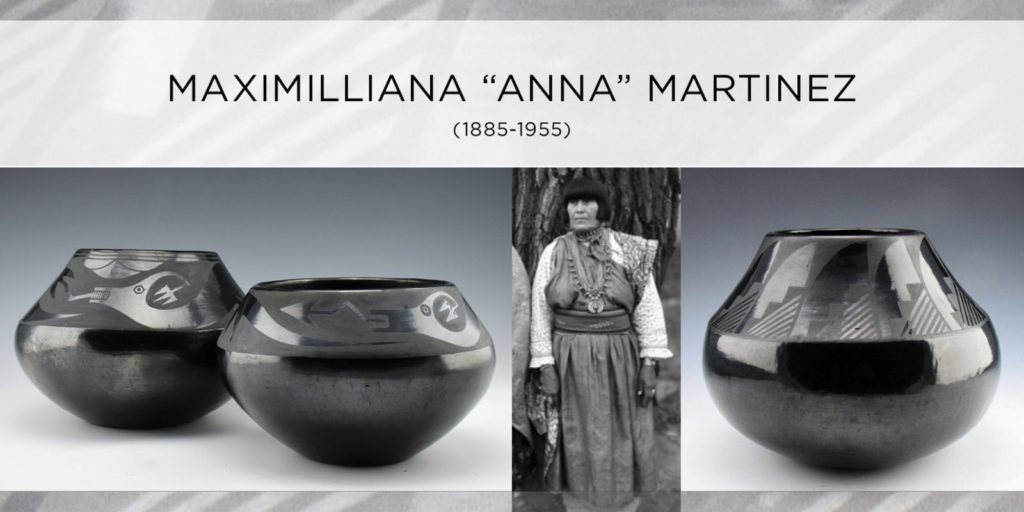 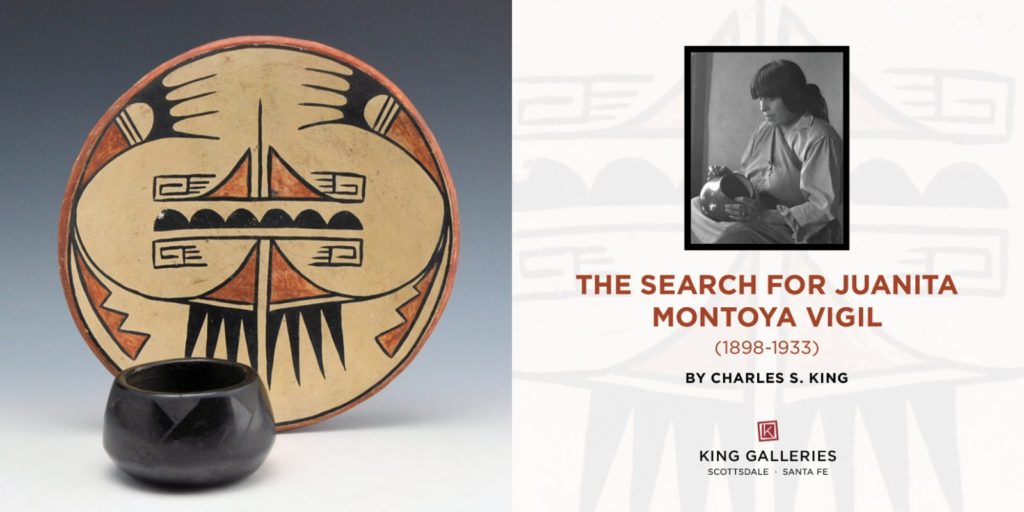 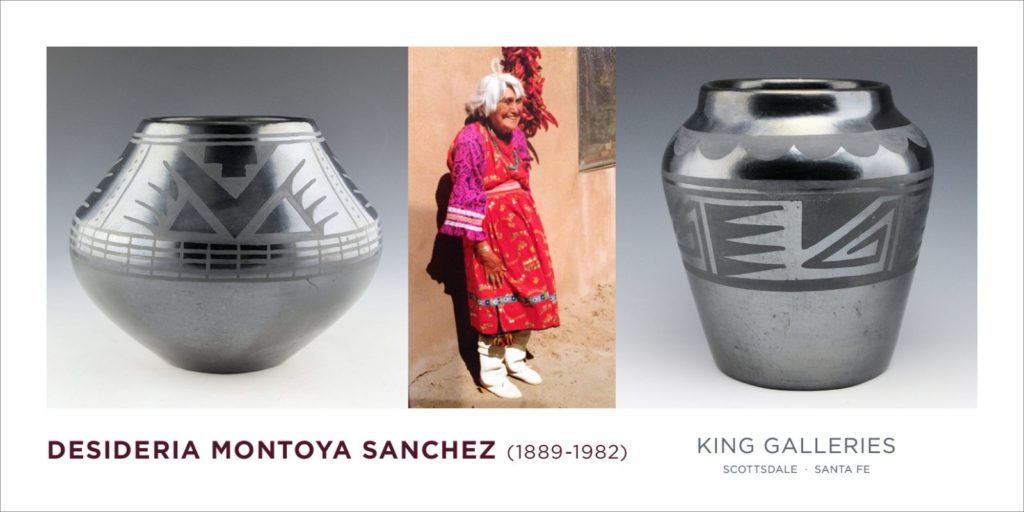 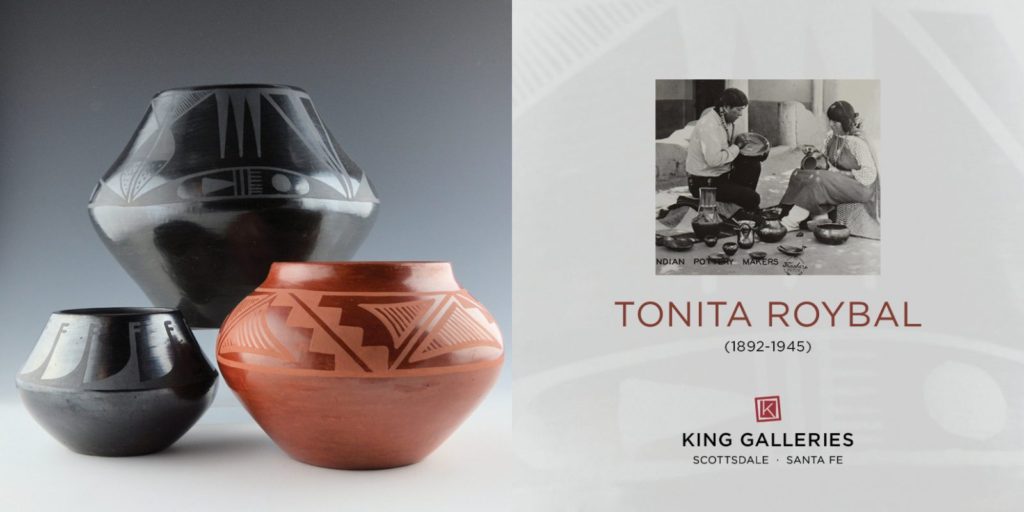